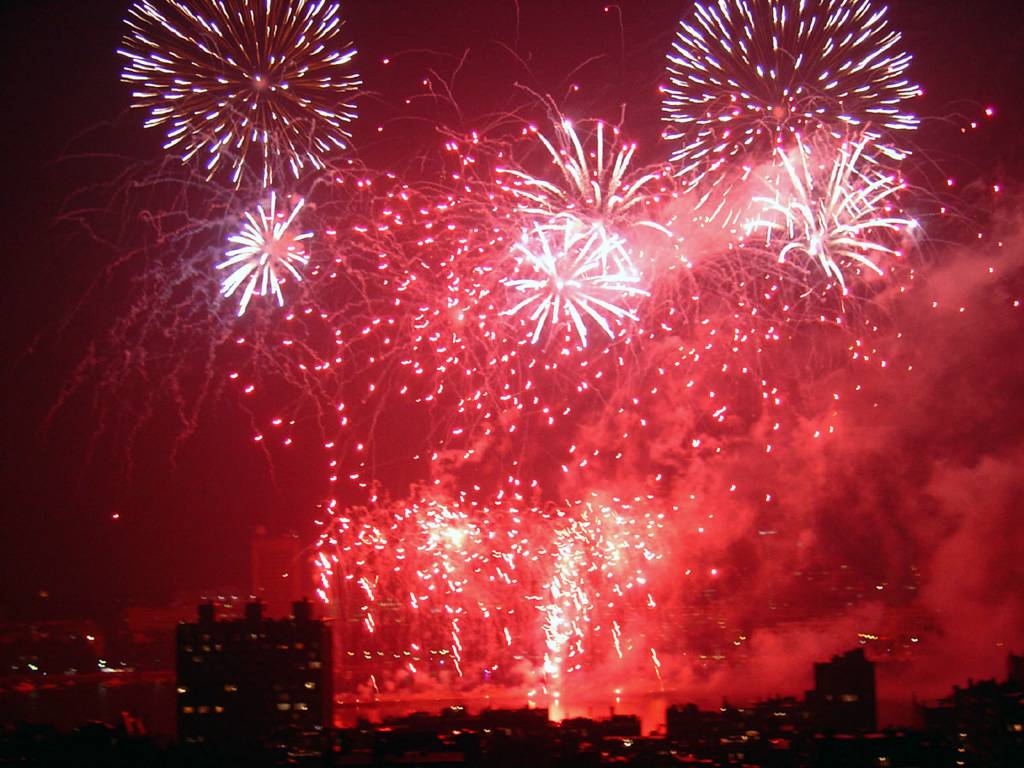 The Fourth of July is weeks away now – but what are we celebrating, really? Independence from Great Britain? Ok, that I’ll buy. But the Fourth is also taken as a symbol of “our freedoms.” Well, let’s look at that for a moment – and consider the freedoms we don’t have anymore:

* The freedom to travel without being subject at any time to a random stop/interrogation/search.

OBL is allegedly dead but the “war on terror” is full o’ life. Neither the Patriot Act nor the litany of outrages against what used to be regarded as elemental rights and liberties will be scaled back, let alone chucked altogether. At least the Alien and Sedition Acts eventually got retired. But it is looking rather unlikely that any of us will be able to board an airplane without being handled like incoming felony arrestees for the foreseeable future, or enjoy the now-deceased protection of probable cause before a cop can legally interrupt our trip and halt us by the side of the road for – well, no reason at all.

Our concept of “civil rights” was twisted by the Civil Rights movement of the 1960s. Guilt over the mistreatment of blacks led to a horrible (because anti-liberty) perversion of law. It is one thing to demand that all people, irrespective of race, be treated equally under the law. That each of us have equal access to courts and other such legitimately public places.

It is quite another thing to demand legally enforced notions of “equality” – of results and otherwise; to force people to interact with one another – and to redefine as “public” accommodations privately owned businesses, property, and so on. It is now illegal in many areas for a bar owner to permit his patrons to smoke if they wish; civil rights shysterism means a person who doesn’t like smoking (or “no kids allowed”) may use the courts – the police – to force the owner of a privately owned business to kowtow to their demands, even though they are perfectly free to do business elsewhere, with a bar or restaurant owner (or whomever) that is willing to provide the sort of environment, product or service that person prefers. (Or he could just open up a business of his own that operates according to his view of things.)

It is illegal for a private club to determine the criteria of membership; for a property owner to sell to whom he wishes; for a landlord to rent to whom he prefers. Etc. The race racket is now just as vicious in reverse as it was the other way around. Worse, actually – because now it’s the government doing the race-based browbeating, not the Klan.

* The freedom to own property, especially land.

The income tax is evil, but the tax on property – our homes/land – much more so, because it assures that we will never stop paying income taxes because without income, we can’t pay the annual rent on our property that government demands (i.e., property taxes) in return for the privilege of allowing us to stay there for awhile … until the next payment comes due.

Property taxes turn ownership of anything substantial, such as our homes, into a mirage. We can see the idea of it, but we can never quite get there. There is not even the possibility of being a freeman, beholden to none, living on land you paid for. Just the Marxian reality of endless payments to the government, designed specifically to destroy the very concept of a freeman.

* The freedom to buy/possess a gun without government permission.

Even in “gun friendly” states such as my own home state of Virginia, one must present a government ID and fill out government forms (and of course, pay a fee to the government) in order to exercise what has now become the conditional privilege – no longer the right – to buy/possess a firearm. People argue about the “true meaning” of the Second Amendment, with the gun-grabbers endlessly harping about the “well-regulated militia” portion to make the claim that the men who wrote the thing intended to limit the right to keep and bear arms only to state-sanctioned bearers – “the militia” – who, of course, were to be “well-regulated.” Except for the glaring historical fact that at the time the Constitution was ratified and for decades thereafter, there were absolutely no restrictions or rigmarole whatever placed upon the ownership of firearms by private citizens, who possessed them in abundance. Strange, is it not, that no attempt was made to “regulate” private – and ubiquitous – possession of firearms until the modern era… .

* The freedom to decide for ourselves, without coercion, whether we want health insurance and if so, under what terms.

With the passage of Obamacare, there is now in principle nothing beyond the scope and authority of the federal government – which claims the right to compel each of us to buy the product of a for-profit cartel, with the usual threats of intimidation and (ultimately) violence, if we decline to comply.

We will shortly no longer have even the freedom to decide for ourselves, in consultation with doctors of our own choosing, what sort of care is best for us. Doctors will shortly no longer have the freedom to treat patients as they (rather than a government “health care” bureaucrat) deem appropriate. Everything even vaguely related to “health” will fall under the government’s eye. Your most intimate, private details will be an open book. Have no doubt that virtually everything and anything you do in life will shortly become the government’s business – to monitor, supervise, regulate and control – because after all, those activities and choices of yours could conceivably affect your health – and your health is now public business.

Yes, corporate-run HMOs are often shitty. But you can say no.

With Obamacare, you’re not permitted even that.

* The freedom to decline to “help” random strangers, imposed on us by threat of violence.

This one’s at the root of most of the present evils we suffer. G. Gordon Liddy famously described a liberal as someone with a burning desire to help others – with your money. I’d modify “liberal” to “statist” because it’s not just those on the political left who are guilty of this sin. Plenty of Republicans, for example, think it’s ok to use the power of the government to force Smith to finance the education of Jones’ children, or fuel the endless burning pit of “defense,” no matter how absurd and exaggerated.

As a result, Americans are no longer free to go their way in peace, to pursue happiness. What it used to be all about… .

At every turn they are accosted by their fellow men, via the state. Freedom – as understood by the men who wrote our founding documents – is at best a conditional and strictly limited thing, nowadays. There are very few – if any – unqualified freedoms left. The essential freedoms – especially those related to property rights and the (former) right to be free from arbitrary hassles and the onetime right to be free to peaceably associate with whomever we choose and to be free to not associate with whomever we choose – are mostly if not entirely out the window.

So, what are we celebrating, exactly?

Hell, in most parts of the country, you’re not even allowed to buy a firecracker anymore…. .

But I’m proud to be an American, where at least I know I’m free….

Except, of course, we’re not.