There is a big problem with high-mileage cars – from the point-of-view of the government. 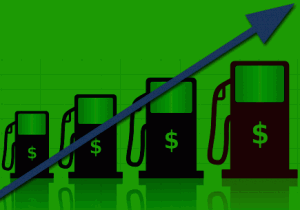 Imagine an 80 MPG car – which could be built right now, easily, with existing technology. (Several current European models are already pretty close to the 80 MPG bar.)

You don’t have to be a conspiracy nut to wonder what effect contemplation of this possibility has had on government policy.

Even assuming the most benevolent, public spirited intentions, the situation is a debacle in the making. If revenue derived from motor fuels taxes declined by 20-30 percent, there would be that much less revenue available to maintain existing roads – and build new ones. Meanwhile, the population is galloping upward – more people, more cars. Where will the money come from to keep pace?

There is always the possibility of making up the shortfall some other way – but the beauty of the motor fuels tax, historically, is that it’s a largely hidden tax. The average motorist is not made to confront the bill in the same way that he’s made to confront, say, the sales tax on the food he buys after gassing up. Because unlike the food on which pays a tax in addition to the cost of the food itself, the motor fuels tax is discreetly folded into the cost of the fuel. One does not pay $2.40 a gallon – plus 80 cents per gallon in taxes. One just pays the $3.20 per gallon. Thus, “big oil” takes most of the heat – rather than big government.

Motor fuels taxes are regressive and confiscatory. Other than “sin taxes” on cigarettes, it’s hard to come up with a product  – in the case of gas, a necessary staple – that is taxed at a rate equivalent to about 30 percent (or more) of the cost of the actual item itself. And unlike cigarettes, most of us have no choice about buying gas. It’s an ingenious trap that government has set for us: First, use taxes (in the form of tax incentives as well as the use of taxes as such) to fund artificial, unnatural growth – in particular, the artificial, unnatural growth of highways and other roads. Highways and roads that would not have been built until real demand – as opposed to government “stimulated” demand – made an economic case for their construction. The artificially induced roads encourage sprawl – more government subsidized “growth” – of homes and retail areas that, in turn, encourage more driving, more consumption, which in turn funds more artificial growth.

And the cycle is complete.

But, the cycle depends on people continuing to pay the necessary amount of motor fuels tax in order to keep it going. Very high-mileage cars would throw a wrench in the gears. In order to perpetuate the cycle, alternative revenue sources would have to be found – and tapped. Where will the money come from? At the federal level, more “qualitative  easing” – that is, creating more money – is always possible. But at the state and local level, there’s no such option. Either fewer roads will be built – and existing roads not kept up as they might have been. Or there will be new taxes to cover the spread. The problem is that socking people with the equivalent of a 30 percent tax on a product they use every day – and so must pay every day – is not going to be an easy sell. People are used to hidden motor fuels taxes. They are not used to – and may revolt over – a new (and obvious) 30 percent tax on the miles they drive each week – one of the proposals floated as an alternative to the motor fuels taxes. This latter idea is why test balloons have been floated by such as Progressive Insurance to see what the reaction might be to requiring that cars be fitted with GPS-based recording/transmitting devices. One of the potential uses of this technology would be to monitor exactly how often – and how far – we drive. And charge us, accordingly.

But, it’s a hot potato, politically. People – most people – may not be ready for that … yet. In the meanwhile, it’s easier to keep selling them gas pigs. They’re sold as safe gas pigs, of course. And late-model America leg humps safety like an unfixed mongrel dog. 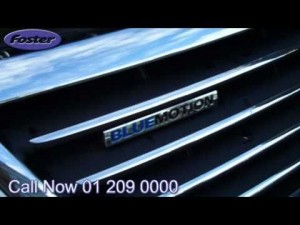 Probably we won’t see 70 MPG-capable cars like the European-spec VW Passat BlueMotion 1.6 TDI over here until the cost of fuel (via taxation) is comparable to what it is over there. At which point, the problem nicely solves itself. Meanwhile, expect more hot air – more talk about high-mileage cars.

And much less action.

Or rather, less in the way of action to remove the regulatory stumbling blocks that make it all-but-impossible to build a genuinely economical car – or even to import reasonably economical ones like the European Passat 1.6 TDI  over here. What we’ll get, instead, will be more cost and more cumbersome technology – all nicely wrapped up in “safety” gift-wrap.  In a few years, this will render new cars all-but-unaffordable.

What Would CISPA Mean For You?