Both candidates for the consulship of America entreated the electorate with fulsome promises that “jobs would be created” by them once (s)elected. This goes unremarked – or worse, openly cheered. Yet when did it become the function of the president of the United States to “create jobs”? I have read (and re-read) the Constitution – and can find no such language therein. 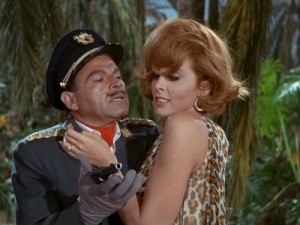 Instead, I found this:

The constitutional role of the president is to “”take care that the laws be faithfully executed.” To sign (or veto) legislation passed by the Congress.

He has authority to appoint cabinet members and ambassadors; to nominate candidates for federal judgeships. He has a ceremonial role as head of state. He is commander-in-chief of the armed forces, but has no power to declare war or raise armies to fight them. He may grant pardons.

He does not write laws – much less “create jobs.” Such is not within his purvue (magical abilities notwithstanding).

He is, constitutionally speaking,  an administrator – not a lawgiver. Not, in other words, a consul. Or a magician.

Well, he is not supposed to be.

Worse, he is expected to be. 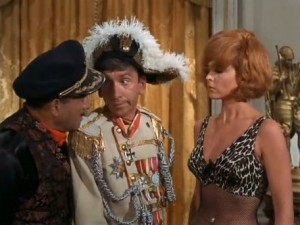 To be (s)elected, he cannot be otherwise.

The people – the broad masses – want him to “create jobs.” They expect this; demand it. They regard it as his primary function. They want him, in other words, to be a sort of paterfamilias who miraculously provides things for them. Who more or less wishes these things into existence – hey! presto!

Make it so. And gibs me dat.

Fans of the old Gilligan’s Island TV show may remember the “Little Dictator” episode. El Presidente Pancho Hernando Gonzales Enrico Rodriguez of the banana republic Ecuarico is marooned on the island. He convinces Gilligan to become his puppet. There is a hilarious scene that has Gilligan standing on a balcony overlooking a vast, seething crowd of gibs-me-dats. And so tells tells them: I give you This, That and The Other Thing.

Gilligan would make a perfect candidate for el presidente of modern America.

Among the jefes running for el presidente this year, only one – Ron Paul – did not promise This, That and The Other Thing. He promised to support the Constitution – and abide by the limits it articulates. He tried to explain what the president may – and may not – do. He talked about liberty – about leaving people free to pursue happiness as they (rather than el presidente) see it – and described the proper role of the president as preserving and protecting the limits on governmental authority over the individual that make the pursuit of happiness possible. And without which, the pursuit of happiness becomes impossible.

This was greeted with either derision – or stultification. Blank stares. Move on.

We need to talk about jobs… .

Mussolini also talked constantly about jobs. Hitler, too. He was cheered by the sieg heiling masses for putting Germany back to work. Arbeit und Freiheit!

It is the last thing all-too-many Americans want. They certainly want “jobs” more than freedom. They want This, That and The Other Thing.

As much of it as possible. 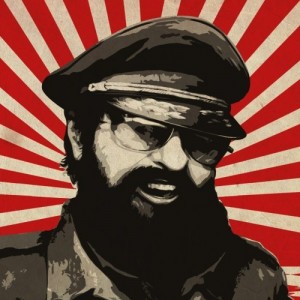 Don’t ask how. Don’t ask where?

The truth of this has become depressingly self-evident. A man like Ron Paul – an honest man – is unelectable. And therefore, a man like Mittens Romney (or Barack Obama) is inevitable. While not everyone deserves the government we have, the majority certainly seems to desire it. Because they vote for it – over and over and over again.

Americanus servilus pines for a strong authority figure – to “create jobs” (and many other things besides) for him. In return, he is happy to surrender the most precious thing a human being can possess: his autonomy. And it goes without saying, the autonomy of everyone else, too. It is not enough that Americanus servilus wishes to exchange his god-given liberty for “jobs” – or whatever the goodie-du-jour put before them happens to be.  Everyone else must make the exchange, too. Any who disagree are “selfish.” Any who resist can expect to quickly feel the authority of el presidente.

He wants to “help” you, after all.

And if you decline his “help,” god help you.