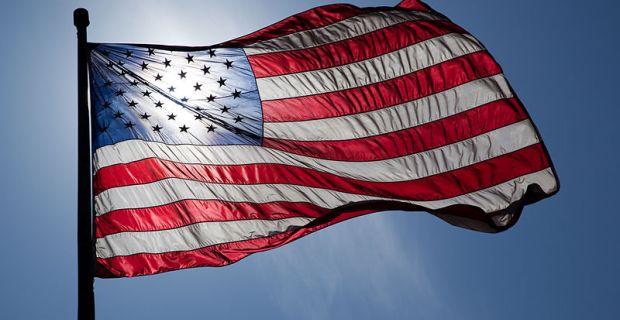 Americans are starting to wake up from our fear-induced haze: 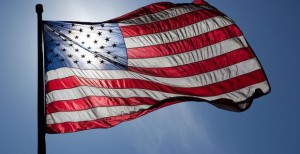 Indeed, the American people are starting to actively push back against those who want to strip us of our basic freedoms.

America’s ruling class has been experiencing more pushback than usual lately. It just might be a harbinger of things to come.

But the proposal was suddenly withdrawn last week, with the unconvincing explanation that it was all a mistake. I’m inclined to agree with TechDirt’s Tim Cushing, who wrote: “The most plausible explanation is that someone up top at the DHS or ICE suddenly realized that publicly calling for bids on a nationwide surveillance system while nationwide surveillance systems are being hotly debated was … a horrible idea.”

On Friday, after more public outrage, the Federal Communications Commission withdrew a plan to “monitor” news coverage at not only broadcast stations, but also at print publications that the FCC has no authority to regulate.

How this program appeared was, like the DHS program, a bit of a mystery: FCC Commissioner Ajit Pai said: “This has never been put to an FCC vote; it was just announced.” But the blowback was sufficient to stop it for now.

Though people have taken to the streets from Egypt, to Ukraine, to Venezuela toThailand, many have wondered whether Americans would ever resist the increasing encroachments on their freedom. I think they’ve begun.

Similarly, Mike Lofgren – a former GOP congressional staff member with the powerful House and Senate Budget Committees – points out that the American people are starting to push back against the Deep State which has operated without regard for the Constitution or the good of the people for far too long:

There are signs of resistance to the Deep State and its demands. In the aftermath of the Snowden revelations, the House narrowly failed to pass an amendment that would have defunded the NSA’s warrantless collection of data from US persons. Shortly thereafter, the president, advocating yet another military intervention in the Middle East, this time in Syria, met with such overwhelming congressional skepticism that he changed the subject by grasping at a diplomatic lifeline thrown to him by Vladimir Putin.

Has the visible, constitutional state, the one envisaged by Madison and the other Founders, finally begun to reassert itself against the claims and usurpations of the Deep State? To some extent, perhaps. The unfolding revelations of the scope of the NSA’s warrantless surveillance have become so egregious that even institutional apologists such as Senator Dianne Feinstein have begun to backpedal — if only rhetorically — from their knee-jerk defense of the agency. As more people begin to waken from the fearful and suggestible state that 9/11 created in their minds, it is possible that the Deep State’sdecade-old tactic of crying “terrorism!” every time it faces resistance is no longer eliciting the same Pavlovian response of meek obedience. And the American people, possibly even their legislators, are growing tired of endless quagmires in the Middle East.

But there is another more structural reason the Deep State may have peaked in the extent of its dominance. While it seems to float above the constitutional state, its essentially parasitic, extractive nature means that it is still tethered to the formal proceedings of governance. The Deep State thrives when there is tolerable functionality in the day-to-day operations of the federal government. As long as appropriations bills get passed on time, promotion lists get confirmed, black (i.e., secret) budgets get rubber-stamped, special tax subsidies for certain corporations are approved without controversy, as long as too many awkward questions are not asked, the gears of the hybrid state will mesh noiselessly. But when one house of Congress is taken over by tea party Wahhabites, life for the ruling class becomes more trying.

If there is anything the Deep State requires it is silent, uninterrupted cash flow and the confidence that things will go on as they have in the past. It is even willing to tolerate a degree of gridlock: Partisan mud wrestling over cultural issues may be a useful distraction from its agenda. But recent congressional antics involving sequestration, the government shutdown and the threat of default over the debt ceiling extension have been disrupting that equilibrium. And an extreme gridlock dynamic has developed between the two parties such that continuing some level of sequestration is politically the least bad option for both parties, albeit for different reasons. As much as many Republicans might want to give budget relief to the organs of national security, they cannot fully reverse sequestration without the Democrats demanding revenue increases. And Democrats wanting to spend more on domestic discretionary programs cannot void sequestration on either domestic or defense programs without Republicans insisting on entitlement cuts.

So, for the foreseeable future, the Deep State must restrain its appetite for taxpayer dollars. Limited deals may soften sequestration, but agency requests will not likely be fully funded anytime soon. Even Wall Street’s rentier operations have been affected: After helping finance the tea party to advance its own plutocratic ambitions, America’s Big Money is now regretting the Frankenstein’s monster it has created. Like children playing with dynamite, the tea party and its compulsion to drive the nation into credit default has alarmed the grown-ups commanding the heights of capital; the latter are now telling the politicians they thought they had hired to knock it off.

The House vote to defund the NSA’s illegal surveillance programs was equally illustrative of the disruptive nature of the tea party insurgency. Civil liberties Democrats alone would never have come so close to victory; tea party stalwart Justin Amash (R-MI), who has also upset the business community for his debt-limit fundamentalism, was the lead Republican sponsor of the NSA amendment, and most of the Republicans who voted with him were aligned with the tea party.

Evidence is accumulating that Silicon Valley is losing billions in overseas business from companies, individuals and governments that want to maintain privacy. For high tech entrepreneurs, the cash nexus is ultimately more compelling than the Deep State’s demand for patriotic cooperation. Even legal compulsion can be combatted: Unlike the individual citizen, tech firms have deep pockets and batteries of lawyers with which to fight government diktat.

This pushback has gone so far that on January 17, President Obama announced revisions to the NSA’s data collection programs, including withdrawing the agency’s custody of a domestic telephone record database, expanding requirements for judicial warrants and ceasing to spy on (undefined) “friendly foreign leaders.” Critics have denounced the changes as a cosmetic public relations move, but they are still significant in that the clamor has gotten so loud that the president feels the political need to address it.

When the contradictions within a ruling ideology are pushed too far, factionalism appears and that ideology begins slowly to crumble. Corporate oligarchs such as the Koch brothers are no longer entirely happy with the faux-populist political front group they helped fund and groom. Silicon Valley, for all the Ayn Rand-like tendencies of its major players, its offshoring strategies and its further exacerbation of income inequality, is nowlobbying Congress to restrain the NSA, a core component of the Deep State. Some tech firms are moving to encrypt their data. High tech corporations and governments alike seek dominance over people though collection of personal data, but the corporations are jumping ship now that adverse public reaction to the NSA scandals threatens their profits.

The outcome of all these developments is uncertain. The Deep State, based on the twin pillars of national security imperative and corporate hegemony, has until recently seemed unshakable and the latest events may only be a temporary perturbation in its trajectory. But history has a way of toppling the altars of the mighty.

The tide may be starting to shift …

What are “conservatives” trying to “conserve”?