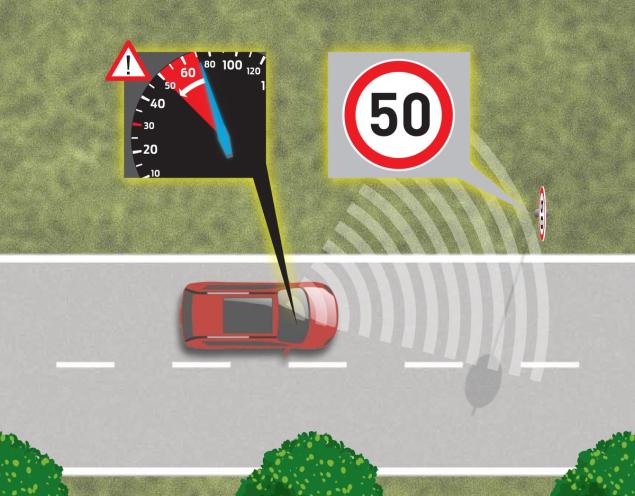 Someday – and that day might be closer than you want to know – we’ll look back fondly on speed traps. 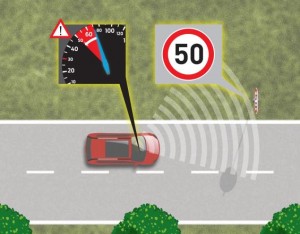 Because at least you could speed. Give the finger – via the accelerator pedal – to ridiculous, dumbed-down/one-size-fits-all velocity maximums laid down by bureaucrats whose prime directive always seems to be to suck the joy out of everything, especially driving.

Sometimes, of course, you’d get caught – and fined.

But most of the time you could “get away” with it. (Kind of like the way people used to be able to “get away” with not buying health insurance, if they decided it wasn’t something they needed.)

Tomorrow, you may not be able to “speed” even if you wanted to.

Because your car will not allow you to.

The uber governor – Ford’s Intelligent Speed Limiter – will see to that.

It uses cameras and GPS mapping technology to keep track of the speed limit in real time – that is, as you drive – on whatever road you happen to be on at any given moment and – by dialing back the throttle – prevents the vehicle from exceeding it. Mash the pedal all you like. Resistance is, indeed, futile. 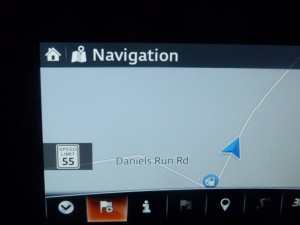 Some of us saw this coming.

A few months back, I did an article (Heebie Jeebies) about what I suspected was on deck.

I began to notice that the new cars I was getting to test drive and review that had GPS (which these days is almost all of them) were aware of my speeding. The GPS map that shows the road you’re on also told you (oh-so-helpfully) the speed limit on that road. A little icon that looked exactly like a white with black numerals roadside speed limit sign popped up – and stayed up – as you drove. It changed as the speed limit changed. 55 to 45 to 35 – and so on.

Even more interesting was the next step. 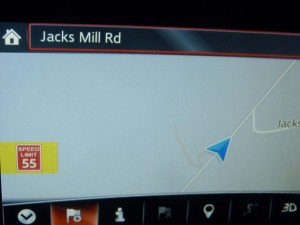 I noticed one day that if I drove faster than the posted limit, the little icon immediately turned angry red. The car knew I was speeding. And almost certainly by exactly how much. Every new car – every car built since the mid-’90s – has wheel speed sensors (a component of the ABS, which virtually all modern cars have and have had for more than a decade at least) as well as OBD II – On Board Diagnostics – which knows pretty much everything about how the car is driven, including its speed at any given moment..

This data is also stored in the car’s Event Data Recorder, or “black box” (recently mandated by the government) and can be accessed without your consent by third parties – the coppers, the insurance mafia – and will be used against you.)

In the earlier article, I noted that the technology already exists (and its adoption is being pushed) to real-time monitor your velocity. It would be as simple turning a light switch for the insurance mafia – or the coppers – to fine you (or “adjust” your premiums) for every single instance of “speeding.” Most new cars – and most cars built within the past five years or so – already have the necessary technology to narc you out. 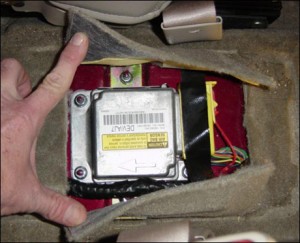 Short of disabling the car’s send-and-receive data telemetry capability, there would be, as they say, no way out.

But at least you could still speed. Damn the torpedoes and you know the rest.

Ford’s system will put a stop to that.

And perhaps, more. The same technology that prevents you from “speeding” could just as easily prevent you – well, your car –  from moving at all. Perhaps to impose a conservation regime; perhaps to reduce the output of not-“green” gasses. Maybe because you didn’t pay “your” (don’t you love the language?) taxes … .

Whether you think the government would ever do such a thing is beside the point.

The point is – they absolutely could. 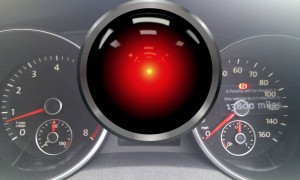 Intelligent Speed Limiter will be installed on European market Fords next year and – bet your tailpipe – U.S. Fords soon after.

And if you’re thinking – well, I just won’t buy a Ford, then – think again. Other manufacturers are working on similar systems of their own. GM, for example, will be installing a “vehicle to vehicle” (V2V) communication system in 2017 model year Cadillacs, according to inside sources. Your Cadillac would slow down – on its own, without any input from you – if its computer brain so decided after e-chatting with another Cadillac down the road somewhere. Or because it – like the Ford – knew what the speed limit is and decided you ought not to exceed it.

Remember: The technology I told you about in the earlier article – written back in late summer of last year – is already de facto standard in every new car that has GPS. It is a not-far jump to the next step, which will either be real-time monitoring (and fining) of drivers for each instance of “speeding.” Or – the step after that – “speeding” will become a technical impossibility, at least in a new car.

Now, to be fair, Ford’s system will – at first – have an “off” switch. Kind of like being able – for now – to “opt out” of being body-scanned (and possibly, irradiated) when you fly. But this is almost certainly a temporary reprieve. It’s necessary to get people used to something unpleasant; don’t hit them with it all at once. The frog in the pot. Most Americans are now resigned to “papers, please” checkpoints and to random, probable cause-free searches. Inconceivable 20 years ago. And – for the most part – they have embraced all the necessary technological building blocks being  built into new cars to make what’s coming not only likely but inevitable.

Well, there are always old cars… until, of course, they illegalize them.

Probably by characterizing them as unsafe.