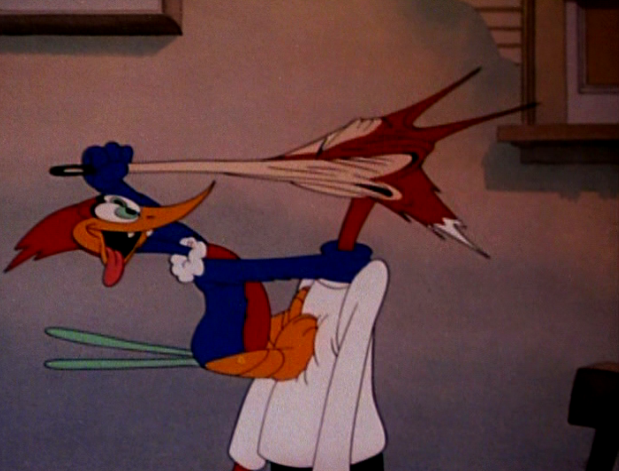 Woody Woodpecker (the classic, pre-politically version) would cackle and screech, Free! why that’s my favorite price! as he made off with someone else’s stuff – pecking them on the head first. 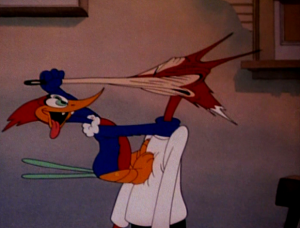 That’s how it works online, too.

I got an e-mail the other day, which I am posting here for your perusal. Guy runs or represents a company that has a new App called Staance. It is a variation on social media, as I understand it. He explains that he has read and likes my stuff and is writing to “invite” me to be a “host” of their “#politics” channel, where I will be a”voice” that “drives” the “conversation” on a “fun” app.

Here is his initial e-mail, in full:

I hope this finds you well! I head up the political side of Staance, a simple app that lets folks influence today’s biggest issues and see how others feel.

I enjoy your blog – as well as your pieces on LewRockwell.com, and we’d like to invite you to be a Host of our #Politics channel. You’ll be one of the earliest voices driving political conversation on a fun app, and it’ll be a great way to drive engagement for your work.
Signing up on www.Staance.com takes just a minute, and there’s no cost associated. Do you have a minute available to create an account? I’m happy to walk you through the process and the platform over the phone as well.
Thanks,
Gordon
Gordon Neal
Strategic Partnerships, Politics at Staance

You may perhaps have noticed the missing element.

Which I asked about, as follows:

Thanks for the kind words, first of all!
On the rest: I’d be interested in providing articles, etc. if there’s compensation for the time and material. No offense meant.
Would love to discuss possibilities, if you’re interested.
Best,
Eric
Gordon’s reply:

I completely understand. I’m afraid there’s no compensation involved, but it’d be a great way for you to drive engagement for your blog. Staance is as simple as, say, Twitter, and Hosts post short, concise thoughts about the news stories of the day (or, in your case, a Staance could be a declarative statement from a blog post you’ve written), and users then have the ability to agree or disagree. We thought that as an influencer in your own right, you’d enjoy a cool new medium through which to spur debate.
Happy to explain in more detail if you’re interested! And thanks for getting back to me, Eric. Keep up the great work!
Best,
Gordon
(Italics added)
My reply as follows:

I’m not looking for “a cool new medium through which to spur debate” anymore than a guy who is, let us say, a bricklayer, is looking to build a “cool new wall” on someone else’s property, just for the sheer fun of doing so.

I just don’t have the time, unfortunately, to add another thing to do to my day – unless I’m getting, you know, paid for my time and work. I hate to come across as mercenary, but this is how I make my living. For whatever reason, people seem to expect writers to just provide their work (and time) for free – to help others make money – and I just can’t do that anymore.
I’m fine with someone else posting a snippet with a link back to EPautos (as Lew does), which helps me by driving traffic to my site. They don’t pay me, but I’m not spending any of my time posting articles/links or writing unique material for them.
I’d love to be able to work something out with you; I’m just wearing myself out working for nothing. It gets old.
This is a common problem for guys like me – who used to work in the mainstream but went off the MSM reservation. People bitch about the Pravda-esque  nature of the major media – but they expect writers and commentators like me to produce an alternative to it for free.
This is why so many of us give up – and go back to the MSM.
It sucks, but the bills have to get paid.
Thanks,
Eric
I have not received additional correspondence from Gordon.

Latest Radio: On With Bill Meyer