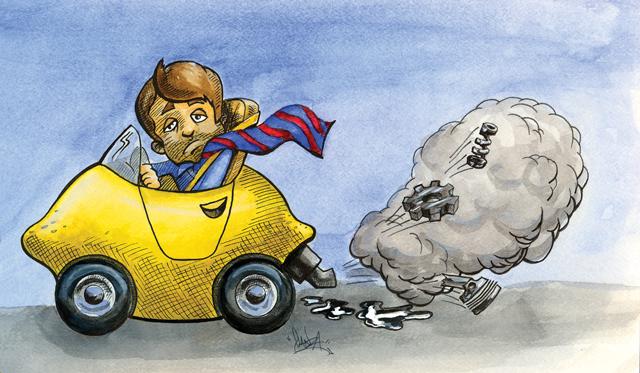 There’s a lady I know – a neighbor – who was ready to junk an otherwise sound ’90s-vintage Buick station wagon because one day it began to lose power while she was driving and eventually, it conked out by the side of the road. 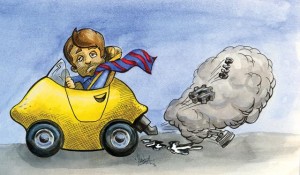 It wouldn’t restart and she had to have it towed. This kind of thing freaks out people who are not car people. They often assume the worst – especially if someone tells them the worst.

He told her “the engine must be shot.”

He’s also not a mechanic.

As it turned out, the only thing that was “shot” was the car’s fuel pump.

But his wife – feeling desperate – was about to call one of those charities that haul away junk cars for free – and give you a receipt for the tax write-off. Which is worth a few hundred bucks, maybe.

Luckily, she has me for a neighbor.

I took a look at the car for her, did some quick checks and figured out the problem with the pump. About $100 for parts and two hours later, the car was running great again. 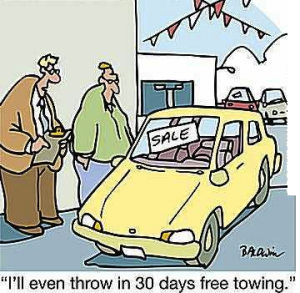 And definitely worth more than a couple hundred bucks again.

But what if she had thrown the car away?

Her “lemon” would probably have become someone else’s lemonade.

Out of exasperation, impatience and mechanical ignorance people not infrequently walk away from cars that are not beyond fixing – and worth fixing.

This can be a boon to you – even if you don’t actually do the fixing yourself.

Because the car is pretty much worthless with a dead transmission.

Many dealers won’t even take a not-operable vehicle in trade – one that has to be towed to the lot.

If they do take it, they’ll maybe give the owner a few hundred bucks. (Here we go again! This seems to be what cars – no matter the make or model or what they went for when they were new – are worth once they’re of a certain age and not running – or driving –  at the moment.)

Meanwhile, the owner is reluctant – understandably – to spend possibly two or even three thousand dollars for a new transmission when the car itself isn’t worth much more than that …. even with the new transmission.

So, not infrequently, they cut bait – and walk away from the car (like my neighbor lady almost did).

That’s bad for them – but  potentially very good for you.

Because you’ve got nothing invested in the car.

It’s a very different thing for you to buy it (hopefully, for just a few hundred bucks) and then pay a mechanic to replace or rebuild the bad transmission. Because you bought the car for basically the cost of the fix – which is probably a lot less than what it would have cost you to buy the car before it needed to be fixed.

Same thing goes for cars with croaked engines, too. 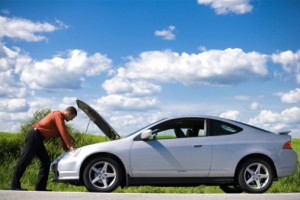 An enterprising cheapster should have no difficulty finding otherwise solid (and often, very nice) late-model cars that are being sold for next-to-nothing because they’ve got major engine problems that can only be fixed by replacing the original engine with a new or rebuilt one.

This involves even more money than replacing a bad transmission – and many owners won’t do it for all the reasons just discussed.

Sometimes, these problems aren’t even so major. For example, people will sometimes near give-away a vehicle because its engine tossed its timing belt – and they haven’t got the $800 or so it will take to do the repair. A leaking head gasket (or main seal) is another one. It’s a big job, but a job worth doing if the price is right… for the car.

Scan the Craigs List used car ads – and keep your ears open – you’ll find prospects in no time. Some people just don’t have the money.

Others just don’t want the bother.

What they do want is cash – and to get rid of the vehicle ASAP.

The cash part especially is key. When you find a prospect – an otherwise sound vehicle in need of something – get the cash before you contact the owner. Then, with cash in hand, go see the owner. He will be very pleased to see cash – even if it’s not much cash. Because, to him, the not-running car is a depressing, aggravating money pit. He wants it gone.

And that can lead to a a sweet deal for you.

The Most Important Thing in the World . . .