The trick is keeping your victim alive… so that the beatings can continue.

That was Lavrenti Beria’s dictum.

Beria was Stalin’s secret police chief, the Soviet version of Nazi Germany’s SS chief, Heinrich Himmler. (Stalin actually referred to Beria this way when he introduced him to Hitler’s foreign minister, Joachim Ribbentrop, during the latter’s visit to Moscow to sign the NonAggression Pact that led to the dismemberment of Poland and WW II.)

This is the policy of the U.S. Justice Department, which is “assessing how big a criminal fine it can extract from Volskwagen AG over emissions-cheating without putting the German carmaker out of business.” 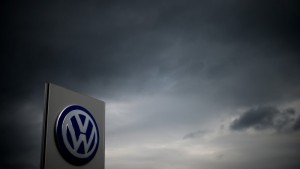 Punishment according to the victim’s capacity to endure suffering.

Somewhere deep in the guts of Hell, Beria is smiling…

And, keep in mind, no one’s been actually harmed by any of this.

Well, other than VW – its employees, shareholders and customers. There’s nothing wrong with the “affected” cars, except that they “cheated” Uncle’s emissions tests.

What harm has been caused by this?

The EPA and its gang of Inspector Javerts have portrayed the “cheating” VW diesels as planet-defiling horror shows on par with the Deepwater Horizon offshore oil spill back in 2010. At least in that case, one could point to dead sea birds and oil-slicked beaches.

But where is the evidence that the “affected” diesels have hurt anyone – or anything? 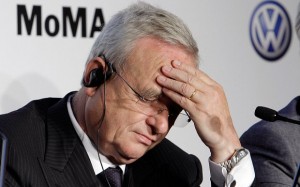 I mean, other than Uncle’s wounded pride?

The “affected” diesels date back to the 2000 model year – which is almost 17 years ago. By now, surely, the harm caused to the Gaiasphere should be plainly evident.

Did the skies darken? The incidence of asthma and other respiratory ailments uptick?

All that did happen was evidence of “cheating” the tests was uncovered. After someone within the company narced to the EPA, apparently. Put another way, until someone narced – and sicced EPA on VW – there was no reason to suspect a problem because no one out in the world was complaining of one.

The narc squealed two years ago. For almost 15 years prior – back to model year 2000 – no one so much as  reported a case of the sniffles as a side-effect of VW’s “cheating” diesels. 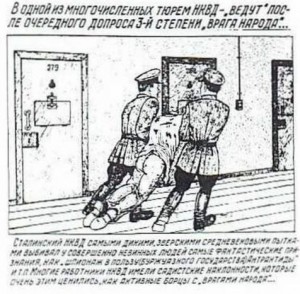 Which indicates strongly that there is no problem with the “cheating” diesels, as far as public health, air quality, etc. The real problem is that Uncle is mightily aggrieved over VW’s daring to defy its Authoritah.

And that’s why Uncle is determined to make VW suffer. Just as Stalin’s henchman, Beria, was tasked with the job of making Stalin’s enemies (real and imagined) suffer.

British Petroleum – which owned the Deepwater Horizon rig – was hit with $25 billion in civil and criminal fines. Sounds huge, right?

VW is looking at $50 billion in civil and criminal fines.The civil fines alone already amount to about two-thirds what BP had to pay out.

For not having hurt anyone, as far as can be determined.

It’s astonishing that – so far as I can tell – no one in the media has asked about that. Ok, VW “cheated.” Well, fine. People “cheat” all the time. It does not necessarily mean they hurt anyone. I’ve mentioned before the example of using a radar detector to “cheat” speed traps. I freely admit “cheating.” But have I hurt anyone? I mean, other than the county revenue collector.. and what’s the harm in that? 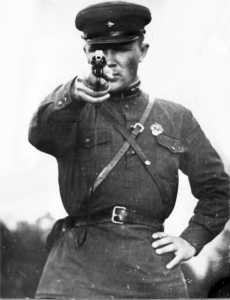 Of course, the parallel is that if the revenue collector discovers your “cheating,” he will treat you much the same as Beria would. He will do all in his power to make you suffer.

Just as the Justice Department appears determined to do to VW.

Volkswagen stock is currently rated BBB-plus by S&P, which is three levels above “junk” status. This bodes not well, especially when you factor in that the scandal is metastacizing to include VW’s Audi and Porsche brands, which also sold “cheating” diesels and so will also be subject to the Beria Treatment.

GM has announced it will be offering several diesel-powered new models in the coming years. However – unlike VW’s “cheating” diesels – none of them will be inexpensive or economical to buy/operate.

But they will be compliant.

And that’s what matters most.