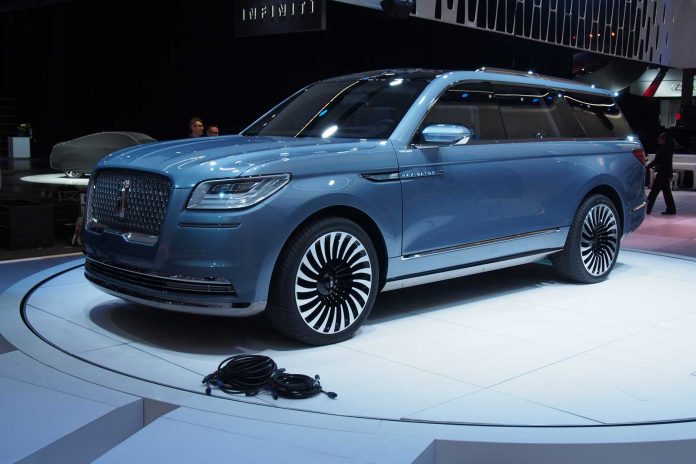 Is this thing not the aluminum-bodied incarnation of a Long Legged Mack Daddy pimp suit? If good taste is defined as that which is appropriate, this ain’t it!

At least it is 200 pounds lighter.

So it should be quicker.

I’d still rather have had a V8. 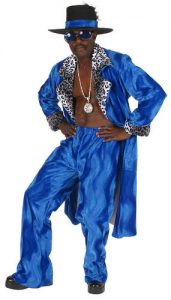 Am I the only car journalist who doesn’t get all the effort – twin turbos! – put toward making a V6 produce V8 power? Why not just go with a V8?

Oh. That’s right. The twin-turbo V6 might give you 2 MPG better mileage overall than the V8. And it’ll only cost you whatever it costs to add twin turbos and all that plumbing to the V6.

And whatever it costs when the turbos crap out.

“Our view is that within the large premium utility segment, there are several sub-segments and people with different aesthetic ideas,” Lincoln President Kumar Galhotra said. “There are customers out there looking for elegance in design and a great marriage of form and functionality. We certainly expect to increase our share of the segment substantially with this vehicle.”

The interior includes many of the features introduced on the redesigned 2018 Ford Expedition, unveiled in February. That includes sliding second-row seats, and reclining third-row seats. Both rows of seats have power-folding options.

Like the Expedition, the newest Navigator comes with charging ports at every seat, with six USB ports, four 12-volt power outlets and a 110-volt plug. The center console features a wireless charging pad for smartphones.

The driver and front-row passenger seats include the massaging seats that debuted in the Continental. They can be configured 30 ways.

The behemoth comes with a 12-inch configurable instrument cluster and what Lincoln calls the industry’s largest and brightest head-up display that shows time, weather, speed and other such trivia. Phone calls, radio stations and navigation prompts also show up for a few seconds, then fade away.

The head-up display is a Lincoln-exclusive feature. The new Nav also contains different interior materials and a “piano key” shifter that cannot be found in the Expedition.

Executives said the 2018 Navigator will be – surprise – more expensive than the current model, which starts around $63,000, but declined to give specifics, saying only that it would be competitive for the segment. The company also declined to offer specifics on fuel economy ratings, but said mpg will improve over the current model.