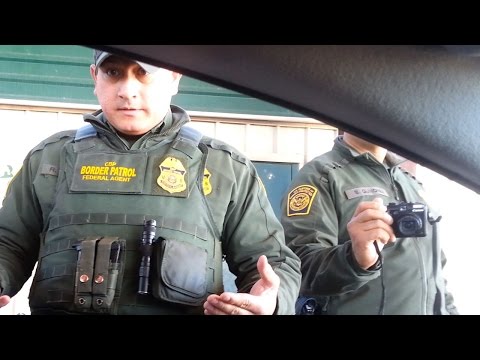 In a hearing before U.S. Magistrate Judge Andrew G. Schopler, Lopez pleaded guilty to two counts of attempted distribution of methamphetamine and cocaine, in violation of 21 U.S.C. §§ 841 (a) (1) and 846. Sentencing is scheduled for September 8, 2017 at 9 a.m. before U.S. District Judge Dana M. Sabraw.

“It’s an audacious thing for an on-duty Border Patrol agent to transport what he believes to be methamphetamine and cocaine in his official vehicle, on behalf of drug traffickers,” said Acting U.S. Attorney Alana W. Robinson. “While there are a relatively small number of them, corrupt Border Patrol agents are a national security threat, and for that reason they are a very high prosecutorial priority.”

“The U.S. Border Patrol stresses honor and integrity in every aspect of our mission; Honor First is our Motto,” said Chief Patrol Agent Richard A. Barlow of San Diego Sector Border Patrol. “Mr. Lopez’ action is a stain on the agents and employees of the Border Patrol who perform their duties with honor and distinction, working diligently day-to-day to keep our country safe. We do not tolerate corruption within our ranks, and are grateful to the hard work of the Border Corruption Task Force and other agencies that rooted out Mr. Lopez’ atrocious behavior.”

FBI Special Agent in Charge Eric S. Birnbaum said, “The vast majority of public servants who work at the local, state, and federal levels of government are honest and dedicated folks who strive every day to do the right thing for their constituents, their communities, and their country. In the U.S. and abroad, the FBI is doing everything we can to help ensure that the good name of the vast majority of public servants is not besmirched by a corrupt few. This type of corruption at our San Diego borders strikes at the heart of government and erodes public confidence, therefore, the investigation of public corruption is one of FBI’s top criminal priorities.”

According to the plea agreement, in November 2016, Lopez and a confidential source whom Lopez believed to be a drug trafficker agreed to a plan whereby Lopez would retrieve backpacks containing what Lopez believed to be controlled substances from the north side of the United States/Mexico border fence while on duty with the Border Patrol.

Lopez admitted that he agreed to transport the backpacks in his Border Patrol vehicle and deliver them to the source in exchange for thousands of dollars.

According to Lopez’s admissions in his plea agreement, on December 6, 2016, undercover DEA agents placed a backpack (one of the three backpacks purchased by Lopez) containing six pounds of a substance resembling methamphetamine near the prearranged location. Lopez drove to the location in his Border Patrol vehicle and retrieved the backpack. He returned to the Border Patrol Station and placed the backpack in his personal vehicle. At the conclusion of his Border Patrol work shift, Lopez met the source at a parking lot in Chula Vista, where Lopez gave the source the backpack containing what Lopez believed to be six pounds of methamphetamine.

On December 7, 2016, the source paid Lopez $3,000 for retrieving and delivering the purported methamphetamine.

This scenario was repeated on December 8, 2016, except the backpack purportedly contained seven kilograms of cocaine. On December 9, 2016, the source paid Lopez $7,000 for retrieving and delivering the purported cocaine.