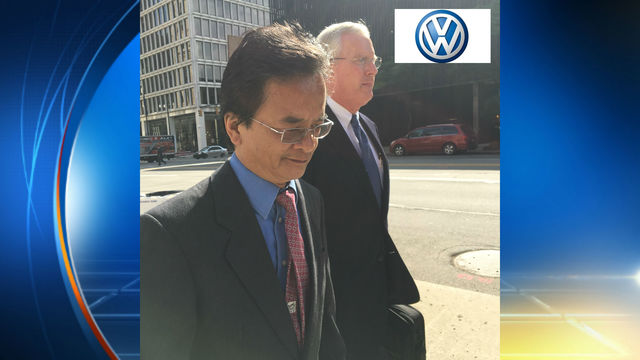 For the next 40 months (3.3 years) former VW engineer James Liang will be a prisoner of Uncle as punishment for “cheating” Uncle’s emissions tests.

Liang, 63, was sentenced in U.S. District Court on Friday by Judge Sean Cox.

Liang, a diesel expert who’s been with VW for more than 30 years, aided prosecutors as they built their case against higher-level VW executives for their alleged roles in a “global conspiracy” to cheat on diesel emissions. Prosecutors said Liang “provided an insider’s perspective of a company that had lost its ethical moorings in pursuit of increased market share and corporate profits.”

Liang’s attorney, David Nixon, had asked the court to impose a sentence as low as 21 months of house arrest, while prosecutors had sought three years of prison – two years less than the maximum five-year sentence for the conspiracy charge.

But Cox said that, despite Liang’s cooperation with authorities, he had been “too loyal” to his lifelong employer. He also said he wanted to impose a sentence that would be a “message” to other employees in the industry who might try to “cheat” Uncle on behalf of their customers and their company.

“In my mind, this is a serious crime,” Cox said. “… and it involves a massive fraud on the American consumer, which you knew, and you played a role in.”

One can imagine a traffic court judge lecturing a “speeder” in similar terms.

In March, Volkswagen pleaded guilty to three felony counts under a plea agreement to resolve U.S. charges that it installed secret software in vehicles in order to cheat on emissions tests.

Oliver Schmidt, a former VW executive, pleaded guilty in federal court in Detroit in connection with the scandal. He faces up to seven years in prison and a fine of up to $400,000 after admitting to conspiring to mislead U.S. regulators and violating clean air laws. Schmidt will be sentenced on Dec. 6. In court Friday morning, Cox said he took Schmidt’s case into consideration in Liang’s sentence.

U.S. prosecutors have charged eight current and former Volkswagen executives so far. Along with Schmidt and Liang, those indicted earlier included Heinz-Jakob Neusser, former head of development for the VW brand and two former heads of engine development, Jens Hadler and Richard Dorenkamp.

In a statement, VW said it “continues to cooperate with investigations by the Department of Justice into the conduct of individuals. It would not be appropriate to discuss personnel matters.”

Free Shit Army on the Move