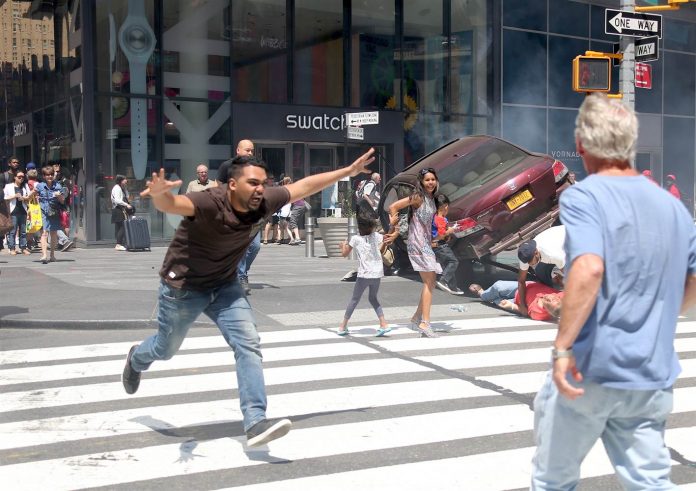 Some people don’t like guns – much as they rely on them for protection. Hillary Clinton, for instance. Her objection to guns is that you might have one. Not that the men who form a protective echelon around herself have them.

Other people do not like cars in the same way and wish to restrict their use on the same basis. They are urging cars be “banned from every city in the U.S.” in order to “stop vehicular terrorism overnight.”

One assumes they will make an exception for the cars – and trucks – which bring them their food and other such things. 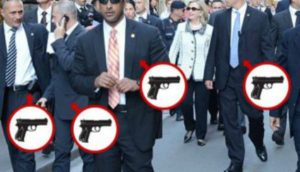 These exceptions will be automated – of course. (Which brings up something interesting; more in a minute.)

Vehicles – like guns – still being not merely necessary but essential. The problem is – how to get them out of the hands of the hoi polloi, the sans culottes?

That is to say, out of our hands?

They haven’t had much success with guns. On this one issue, there has been both general skepticism of the arguments presented as well as active pushback. On every other issue – the right to be free from unreasonable searches, for instance; or the idea that punishment ought to come only after the formality of conviction – most people have been cowishly deferential. But an irascible majority still “cling” to their guns. They do not believe they would be “safer” without them in the face of criminals (this includes those in government costumes) still in possession of them and actually bare their fangs when it is suggested they be disarmed while criminals – all kinds – remain very much armed. 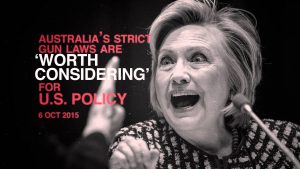 The moment for general confiscation probably came – and went – back in the ‘90s, at the height of the “militia” scare – at which point most people probably feared these “militias” more than they feared the government and when there wasn’t yet an Internet and a way to end-run the three major media organs. A false consensus could have been confected; laws hurriedly passed – as happened in Australia, for instance.

Once done, almost impossible to undo.

The missed moment on the “gun control” issue must be profoundly irritating to them – “them” including Republicans as well as Democrats, since they all belong to the same club and we are not members. (My conservative friends will find this observation irritating, no doubt. But they forget that it was Ronald Reagan who “controlled” guns in California – just as it was Republicans like John McCain who cast Obamacare in stone.) 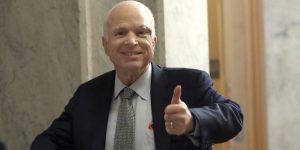 Well, they may have learned a lesson. And are currently in the midst of applying it.

It is interesting that at the very moment automated cars are being pushed on us with the aggressiveness of the most relentless used car salesman, non-automated cars (the cars we control) are all of a sudden being used in ways that seem calculated to engender the same fear of them that they had hoped to instill in us with regard to firearms via the misuse of firearms by a few random freaks.

Is it coincidental? If so,it is very convenient.

From the article linked to above:

“(J)ust like the plague of mass shootings is a gun problem, the thousands of people killed by cars as they walk on our streets every year is a car problem.”

The solution, of course, is automated cars. That is to say, cars not controlled by us.

The object of the exercise, then, is not to ban cars per se – just as the object of “gun control” is not the banning of guns.

It is, simply, to take them both out of our control.

Just as Hillary (and Dianne and all the rest of them) are not about to give up their guns, neither will they be giving up their cars. The Dear Leader will not be riding in an automated Uber.

Remember your Orwell and what he wrote about some animals being more equal than others.

The obviousness of this ought to be luminous – like the headlight of a freight train a quarter-mile away and approaching rapidly.

It’s time to get off the tracks – and keep our fingers crossed that the damned thing will derail itself and end up in the ditch.