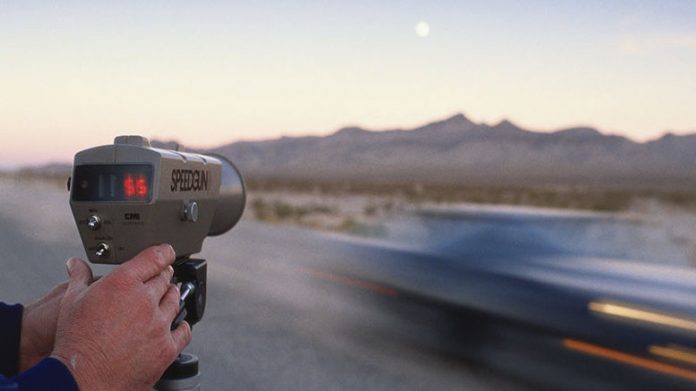 Radar detectors make driving enjoyable again – by greatly reducing your vulnerability to being ticketed for “speeding,” which is one of those made-up offenses that few of us feel moral guilt for committing because we know we’re not doing anything wrong.

It’s like sticking your tongue out at a totem pole god. 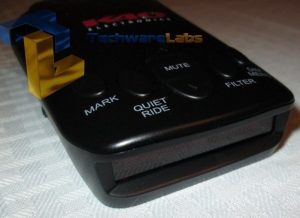 The difference being the totem pole god hasn’t got armed goons lurking behind the bushes waiting to punish you for not showing the proper respect.

A radar detector alerts you to the presence of those goons.

The best ones do so before those goons take notice of you. You want a sensitive radar detector. One that picks up a radar trap in plenty of time to avoid it.

Well, similar enough to trigger a false alert – if you have a low-rent detector.

Often, ongoing – if the signal is emanating from the car you’re driving. There may not be a radar trap within 20 miles of you – you may still be sitting in your own driveway –  but the cheapo detector is chirping away because it is detecting the signal coming from your car. Which you can’t turn off. And you can’t do anything about all the signals leaking from other cars, which add to the orchestra of beeps.

So you turn the detector’s volume down. And end up getting ticketed.

You remember the children’s story about the boy who cried wolf. After awhile, you stop paying attention to the warnings. And then one day . . .

Which is why filtration is at least as important as sensitivity. You want a detector that can tell the difference between the K band signal coming from your car – and the cars in your orbit – and the police car just up the road. 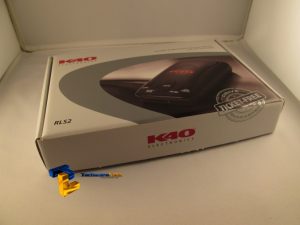 Otherwise, you are vulnerable. Or just annoyed by the constant beeping and lights flashing coming from your confused detector – which takes away from the joy of the drive, which is why we got the detector in the first place!

K40 electronics recently sent me their RLS2 portable detector (they also sell a model that’s hard-wired by one of their authorized installers) to try out – with particular emphasis on the unit’s ability to not be gulled by the false-flag radar signal emanating from pretty much everywhere these days.

But without loss of sensitivity to the real thing.

That’s a challenge – right up there with figuring out what your wife or girlfriend really wants you to do – as opposed to what she says she wants you to do.

The K40 is very sensitive – and very smart.

It knows the difference between real-thing police radar and the radar clutter generated by new cars as well as other sources, such as the radiology clinic I pass by almost every day. In that case, the RLS2 did chirp – initially. But it has a neat Mark to Mute mode, a button on the top of the detector that you depress when you are in the vicinity of a regularly encountered false-flag signal, such as my local radiology clinic. The unit – which has GPS connectivity, so it knows (and can remember) specific locations – takes note of that particular radar source and ignores it from then on. 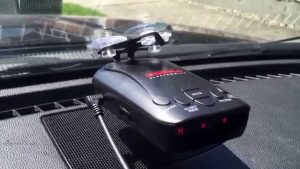 There is also Mark to Alert – which you can use to tag fixed speed traps, such as radar/camera enforcement zones. The unit stores the location in its memory and alerts you the next time you approach.

It was really nice to enjoy quiet – and not worry about speed traps.

The lower end detectors have become effectively useless due to their constant chirping over not-police K band radar signal. If that doesn’t drive you crazy, it will certainly drive you to distraction.

I advise you not to waste your money on any of them.

So what doesn’t the K40 do that the others do? 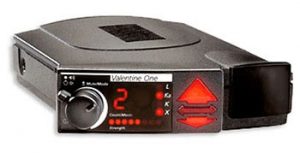 Well, you don’t get directional threat indicators – because the K40 is blind to the rear. Unlike the V1, which has antennas forward and aft, and so can detect police radar up ahead as well as coming up from behind you. This is a major advantage of detectors like the V1, which also has those directional arrow indicators to tell you whether the threat is ahead, behind or off to the side (left or right).

The other thing the K40 doesn’t do is track multiple threats at once, which is something the V1 does.

It also doesn’t have the top-drawer hard metal shell that the V1 does. It’s plastic – and so it’s more fragile. Be careful! 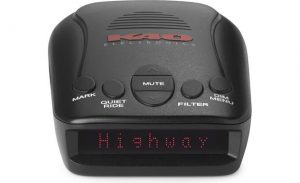 It’s also not upgradeable. When you buy it, you get the best K40 has to offer at that moment. The V1 (full disclosure, I own one and V1 is an EPautos.com advertiser, but that isn’t making me say any of this – or not say nice things about the K40) can be sent back to Valentine for software and hardware upgrades; for example, the latest “Junk-K” filtration technology.

But, after side-by-side testing in both city and highway environments, I will tell you that the K40 sussed out cop K and Ka band in almost perfect synchronicity with my personal V1. The V1 has long been the standard for sensitivity – and still is. The K40 isn’t – in my experience – more sensitive. But it seemed to be about as sensitive, or close enough for the difference to be functionally irrelevant. 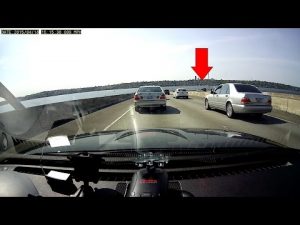 But the K40 is more accessible – financially – than the V1 and even more so than the $600 Escort 360. It’s an affordable quality radar detector for people who can’t afford a quality high-end detector – but don’t want to waste money on a useless radar detector.

It’s also affordable enough to be a second detector – for your other car.

Or maybe your motorcycle.

K40 also offers a higher-end detector – the RL360di – which one-ups the V1 and the Escort, with both 360 degree coverage and a laser diffuser feature, fore and aft. This system is serious – and the price ($1,699) reflects it. But it also gets hard-wired into your vehicle by serious professional installers and is extremely subtle as well as extremely sensitive.

Nothing suction-cupped to your windshield; no wires dangling anywhere. The LED threat indicators are blended into your car’s dashboard for the ultimate in stealth as well as  clean-looking/factory stock install. 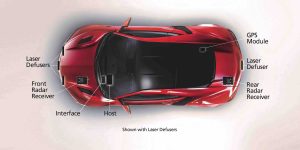 Either way, there’s a ticket-free guarantee. If you get issued a piece of payin’ paper after buying a K40 detector, the company will pay the fine.

That makes it a no-brainer, if you’re still interested in driving – but not paying.