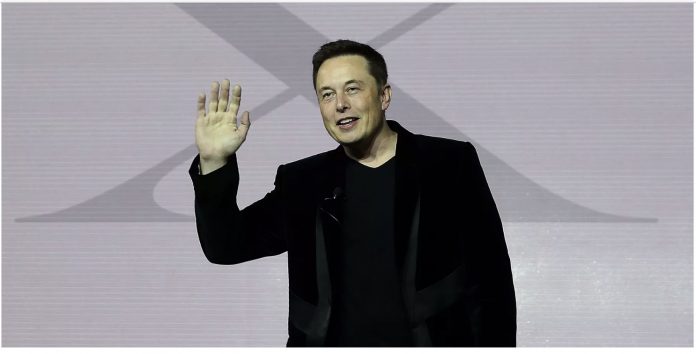 If you’re a billionaire.

Elon Musk is reportedly worth somewhere in the vicinity of $23 billion. For him, the  $20 million fine imposed by the SEC for fraud amounts to the same as losing a penny behind the sofa cushions for the rest of us. 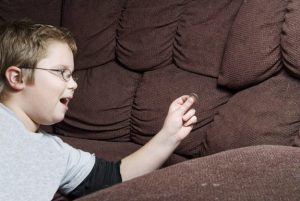 So, effectively, a slap on the wrist – for fraud. For actually causing harm.

She was vengefully pursued by the feds over what they styled “insider trading” – but were unable to prove in court. They then pursued her even more vengefully for “conspiracy” – which is government-speak for some intangible thing which amounts to we’re gonna-get-you-sucker, for something.

Usually that something is failing to help the government put you behind bars by witnessing against yourself. 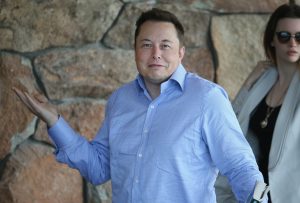 So they got her on that – they can get anyone on that – and put her behind bars for it. To ice the cake, they sent her to an especially bleak and distant clink located in Alderson, West Virginia –  far from her family in New England and contrary to her request to be caged closer to them, at the clink in Danbury, CT. The Department of Justice (sic) denied her request, claiming that caging Stewart in Connecticut would make it too easy for the media to get to her.

No Hotel Graybar for Elon, though. Not even an ankle bracelet. And while he was forced to resign as chairman of Tesla, he’s still not only on the board of directors of Tesla, he is still the CEO – and thus, his punishment is as meaningful as the chump change fine.

Despite his entire enterprise being a gigantic fraud.

Not merely his Tweets. 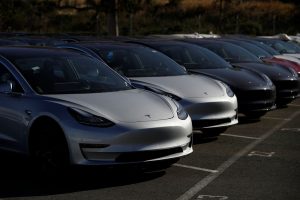 Consider his shady marketing, for instance. He touts his $35,000 Model 3 – the model thousands of people have put earnest money deposits on – as being “affordable” and by dint of that, the model which will sell in quantity sufficient to make Tesla profitable on its own two legs (rather than depending for profit on its taxpayer pickpocket division – including tax-refund bribes to people who buy Teslas).

The problem is that Model 3 – the “affordable” one – isn’t being produced. The Model 3 which is being produced costs closer to $50k – and Elon charges extra for any paint color other than black.

This Model 3 at least has a range greater than 150 miles (the range of the “affordable” Model 3, which has a weaker – but cheaper – battery pack). He touts the range of the $50k Model 3 – but not the price.

Or the unavailability of the $35k one.

Ordinary car dealers get in trouble if they bait-and-switch customers too blatantly, advertising a low price for a model they don’t stock on purpose to lure people into the store and then hard-selling them the loaded, much more expensive stuff they’ve got on the floor.

A car company which claimed in its official advertisements and public pronunciamentos that it would be selling a new model at a certain price and then only made available the same car (more or less) at a much-inflated price would likewise probably experience rougher treatment than Elon has received.

Keep in mind: Elon took money (deposits) from people for the $35k Model 3 but is only delivering the $50k Model 3. And the value of Tesla stock is premised, largely on the “affordable” but not being made Model 3. 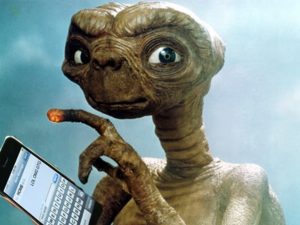 Another scandal not much talked about is Tesla’s infamous lack of support for its cars already in customer’s hands. If you buy a used Tesla, for example, you may find it is not possible to get necessary parts and Tesla service centers won’t touch the car, either.

You’re on your own with a car that no one else makes parts for – and very few can fix.

Tesla also insists on a very creepy de facto joint ownership of its cars, even after they’ve been purchased. Each car remains connected to the Tesla Hive Mind – to get “updates,” as it were but also to assure that Tesla still has operational control over cars it no longer owns but apparently thinks it still does. If you disconnect, the car is no longer supported – which amounts to the same thing as owning car you can’t get replacement tires or windshield wipers for.

All of this – and much more – begs the question: Why has Elon been treated so indulgently?

It’s because he is useful to the Oz behind the curtain.

Elon’s role wasn’t – and isn’t – to sell electric cars. His role was – and is – to normalize them and sex them up. To get people used to the idea and to create a an appealing fantasy, in order to get people focused away from the reality of electric cars – which are the tool by which they will be pried out of their affordable (and controlled by them) cars and into something no longer affordable and no longer controlled by them.

It’s genius bait-and-switch, really – one must not grudge a tip of the hat.

Ugly and slow electric cars have been tried for decades – for the past 50-plus years. Affluent virtue-signalers were not interested and neither was anyone else. It was like trying to make Dianne Feinstein a sex symbol. Marketing is powerful, even hypnotic – but there are things beyond its power.

Then along came Elon with his high-performance luxury-sport sedans, which incidentally (but not uncoincidentally) happened to be electric. These did appeal to affluent virtue-signalers, who bought them for the same reason they buy high-end Benzes and BMWs. This created an aura of sex appeal and misdirected the discussion about EVs away from such mundane considerations as whether they are sensible or practical as transportation vs. cars powered by combustion engines.

The media (especially tech-obsessed,metrosexual and climate-change-snuggling urban media) was enraptured by the sexy Teslas, wrote about how quick and “hip” they are. Hype was born.

Very few people – about 1 percent of the market – buy electric cars and yet literally every car company either makes one (or several) and soon will be making many more.

Elon made that happen. He manufactured the image and perception of a demand which does not exist but which is absolutely essential to Oz, if his plan to force-retire all cars which aren’t electric and which are under our control is to be realized.

And that’s why Elon gets the kid glove treatment. An indulgent parent finds it difficult to correct his besonderes Kind.