Mrfnuts asks: Here in the Peoples Republic of California, they have already made it so that since the beginning of 2009 the first conviction of a DUI punishable by having an ignition interlock installed in your car, to say nothing about the additional fines and punishments. Naturally, having a .08 BAC is fundamentally treated no differently than blowing a .35 in terms of proving guilt. Now the lords in Sacramento are proposing to lower the “technical foul” level down to a .05 BAC.

Arguably this makes people who have had a single drink potential criminals.

First off, no one who has .08 BAC is going around plowing into cars and running school buses off the road. Or rather, it’s not the .08 BAC that’s causing this. Obviously lowering this to .05 does nothing to address the sensationalized concerns about public safety as a result of inebriated drivers on the road. However, this does cause a very real incentive where by those who are obviously not intoxicated or impaired to operate the vehicle, but are “technically impaired” to do so, to end up doing “the wrong thing” in the event of an accident.

Guy drops into his buddy’s house one afternoon while running errands. Has a beer with him, they shoot the shit for half an hour, then, the guy continues on his way home. During the trip home some glaucomic old Clover just pulls out in front of them while he’s traveling 40 down the main road. The guy is driving a 2500 series truck, and old Clover has a “smart” car. It’s very arguable that the Smart car is pan-caked while the 2500 series truck might be quite capable of driving away. 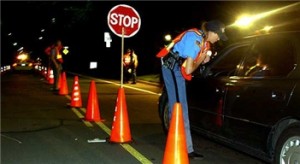 Now, the guy is concerned for the health and safety of the occupants of the other vehicle, and also realizes that the accident was clearly the fault of the old glaucomic Clover, however, suddenly he realizes that the single beer in his system makes him by default the guilty party, and what’s worse, if someone in the other vehicle has died (or eventually dies), then he is suddenly facing charges of manslaughter, and serious jail time.

What then does the guy do? Does he call 911 and wait for the ambulance and police to arrive and in the meantime try to administer first aid to the occupants of the vehicle who caused the accident? If he does so, he will definitely face an undeserved lawsuit at best, and serious jail time at worst. Or, does he get the fuck out of there, and perhaps if later found (granted it’s usually unlikely) merely face the charge of fleeing the scene of an accident, but, in the least not be considered “intoxicated” by the very low standards of California law, since the beer will be out of his system by then.

I’m not advocating the for fleeing of an accident scene and potentially leaving an injured party to die, I’m merely pointing out that was is now the very insane legal definition of “impaired driving” and then assigning all liability to said party, regardless of whether they caused the wreck or not, is going to encourage more people to consider this second option.

First, I despise the elevation of one form of potential impairment (by alcohol) over others (such as low skill, poor eyesight). Does it matter whether you are struck by a drunk – or senile – driver?

Second, I despise the one-size-fits all notion of impairment. Joe – who is a poor driver to begin with – may be a terrible one after  two or three beers. Mike – an excellent driver – is probably a better driver after two or three beers than Joe is after none. Also, people metabolize alcohol differently.

I also have a problem with imputed impairment. If Joe causes a wreck – or is seen driving erratically – we have direct evidence that he is impaired. If Mike “blows” a .05 BAC at a checkpoint, all we have is that he “blew” .05 BAC. His impairment is presumed but hasn’t been demonstrated. This is outrageous; no different, really, than a law criminalizing my possession of a “high-powered” gun because it might be used to harm someone.

I also agree with you that these dumbed-down BAC thresholds will encourage people to simply flee accident scenes, even when they are clearly not at fault and there are injured people who need help – because f they stay, they risk brutal (and undeserved) consequences.

It is of a piece with laws that empower AGWs to arrest people sleeping in their cars for drunk “driving.” Might as well just actually drive.

Or, laws (as in my state) which characterize as “reckless driving” mere “speeding” – and thus encourage people to flee the cops at very high speeds.

Yours also, I imagine.