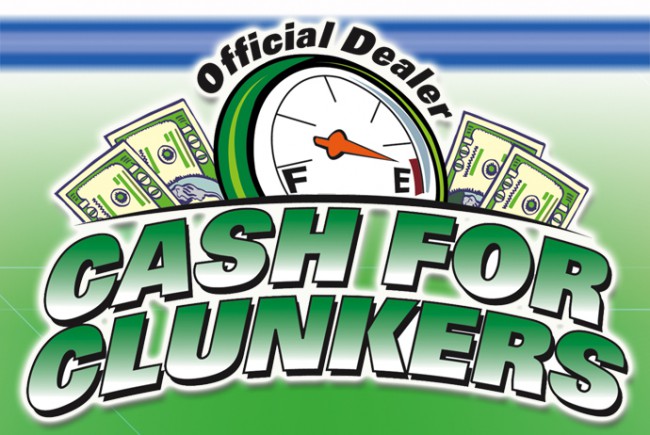 What do you suppose will happen when they build them – but no one comes?

Within the next couple of years, almost every car company will be building – and trying to sell – electric  cars.

It won’t be just Tesla’s cars – which cars Tesla is already having trouble trying to sell. Chiefly, because there is a built-in limit to the number of $35,000 and up cars you can sell – regardless of the number you build.

Imagine a real estate developer who only built $350,000 houses – heedless of the ability of people in the area to buy them. The homes are “nice” – they have triple-paned casement windows and granite countertops and three bathrooms. 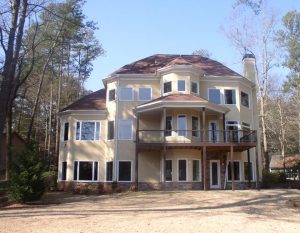 But no one comes.

Imagine a quadrupling of EV production – and that’s a lowball figure – for a “market” that constitutes at the present moment about 1 percent of the total and which is driven almost entirely by government mandates and propped up by taxpayer-mulcted subsidies and which no one has yet figured out how to earn an honest dollar from.

The government can – and has – decreed the manufacture of all these EVs, chiefly via regulations that only EVs can comply with. These include the overt regs requiring a certain number of  “zero emissions” vehicles be made. Since only EVs qualify as “zero emissions” vehicles – even though their emissions aren’t zero just elsewhere – the reg amounts to a de facto EV manufacturing quota.

Another one – less overt but just as de facto – is the federal fuel economy fatwa known as CAFE, which may soon rise to nearly 50 miles-per-gallon on average. Not highway.

The only way for a car company to get its fleet of vehicles to average anywhere near 50 MPG – and thereby placate Uncle – is to manufacture lots of EVs, which use no gas at all and so up the CAFE average.

But Uncle can’t force people to buy all these EVs.

Soon, he will have to do exactly that. In order to avoid both embarrassment as well as the collapse of the car market itself, which is probably going to happen regardless – and especially if Uncle decrees that people must buy EVs.

Which would amount to the same thing as a decree that everyone must buy a $350,000 home – regardless of their ability to pay for it.

Why not prime rib dinner every night for everyone, too?

So long as people have the alternative to buy a non-EV that costs half as much and goes twice as far and doesn’t take five times as long to recover a partial charge as a non-EV takes to fully refuel, the majority are going to choose that alternative. 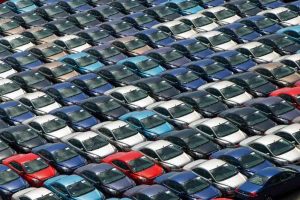 This will become embarrassing – as tens of thousands of unsold EVs begin to pile up at dealerships. It will then become costly – to the dealerships – as it becomes necessary to heavily discount these EVs in order to get them off the lot via any means necessary.

This has already happened – not once, but every single time an EV has come to “market” – which is bracketed in quote marks because there isn’t one.

Tesla doesn’t sell electric cars. It sells carbon credits – and gives away EVs at a net loss per.

GM – when it tried to sell EVs (Volt, ELR) couldn’t and had to give them away and then – finally – stop making them altogether. In order to avoid bankrupting itself. 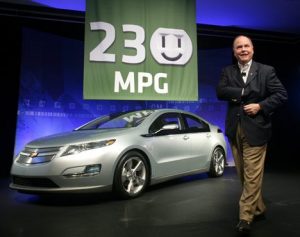 People – most people – don’t want EVs and aren’t going to buy them – unless they are compelled to.

This isn’t about “green” – which is about politics. It is about economics. What people are willing to spend their money on – within the context of how much money they have to spend.

AOC, et al may believe in Obamaphones and EVs raining – free – from the heavens – but most people cannot afford to spend $30,000-plus on an electric car, even if they wanted one. And most people don’t want a small, capacity limited and functionally gimped car. Which is what the least expensive electric car – the $30,000 Nissan Leaf – is. This car is fine for short-distance commuting but in that case, it makes a great deal more economic sense to buy a $15,000 non-electric equivalent.

Which most people will do, so long as they can.

Most people also want – and need – something larger and more capable than the Leaf. There are – or soon will be – electric versions of such cars. But they will cost a great deal more than $30,000.

Given the choice between a $45,000 electric crossover SUV and a non-electric crossover of the same general size (and with more range and without needing to be hooked to a “fast” charger for 30-45 minutes to recover a partial charge) that can be bought for $20,000 less, which do you suppose most people will choose?

If they are allowed the choice. Improve your home with the latest tech gear.

Which is why that choice must be and will be eliminated.

Non-electric cars already in circulation would also have to be dealt with since they would be the last redoubt. If people are not allowed to buy a new car other than an electric car but were still able to drive their older non-electric car, they will do so.

Therefore, those cars – their owners – will be hit with deliberately punitive “carbon” taxes (this is already occurring in Ireland) in order to force them out of them. These older, non-electric cars will not be technically outlawed – just made all-but-impossible to keep.

All to “stimulate” demand for EVs – for which there isn’t any – because EVs are political cars, the progeny of laws and regulations rather than market demand.

It’s going to be one hell of a mess – and it’s coming, soon.