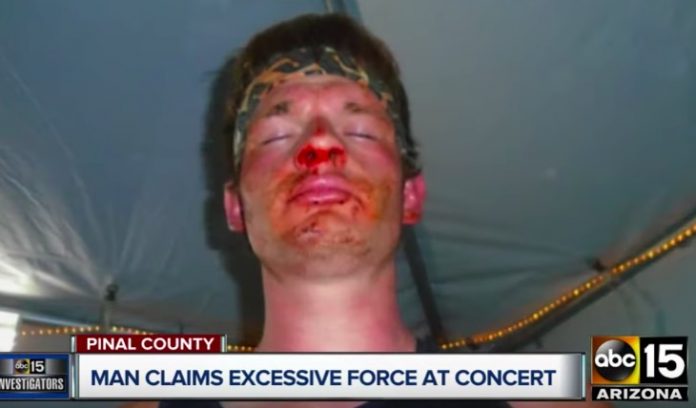 Here’s a video of a teenager Hut! Hut! Hutted! by armed government workers in Pinal County, AZ. The kid was attending a concert and had been drinking. AGWs over-reacted to this “disorderly conduct” with the now-routine “shock and awe” treatment – even after they had the kid in cuffs and in their AGW-mobile.

He was pepper-sprayed and beaten unconscious.

The tacticooled AGW –  who has more tats than the typical inmate of San Quentin – claims the kid “resisted,” per usual. And the kid’s friends were also Hut! Hut! Hutted! for taking video of the incident that doesn’t quite support the AGW’s claims. 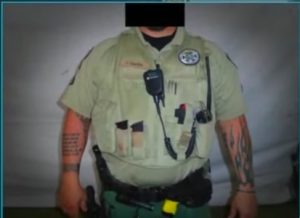 The kid suffered permanent eye damage as the result of this violent beatdown – which left the interior of the AGW’s car covered in blood.

By an AGW who – as an investigation has uncovered – has had serial “reprimands” and other slaps on the wrist for similarly abusive actions in the past.

None of which resulted in the revocation of his legal power to continue Hut! Hut! Hutting!