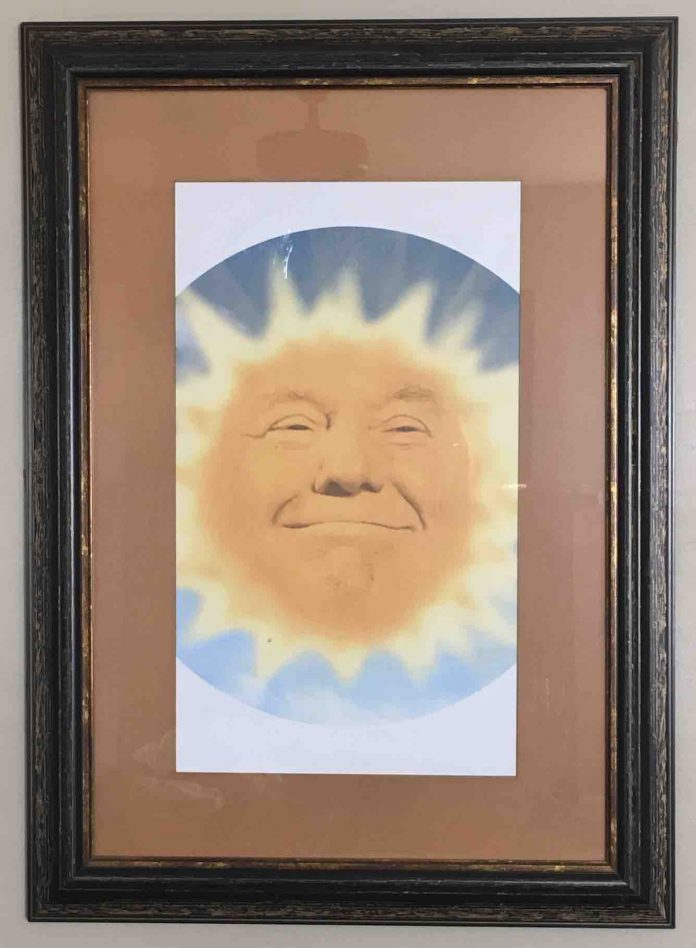 A friend – who is a superlative artist – created this masterpiece, which I felt obliged to share with everyone here. Behold – Trumpshine!

His orange glow succors and salves.

May it burn off the Corona Fever afflicting much of the population. May its healing warmth gently disintegrate the Fear Masking, cause the people to not regard one another with Sickness Psychosis.

May the Orangeness protect and provide.