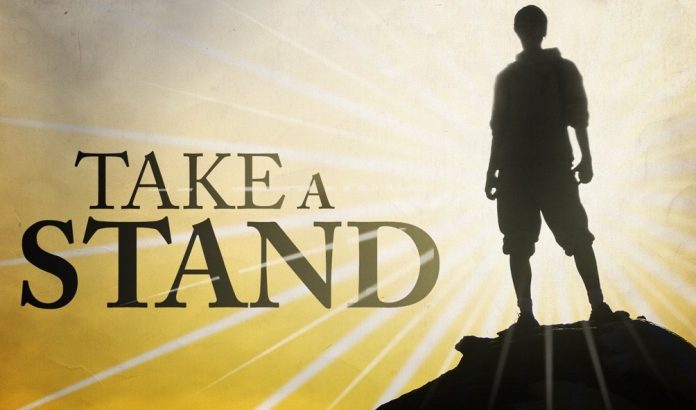 My new friend – and yours, too, if you oppose Sickness Psychosis and are willing to take a stand against it – has written in the wake of my publishing a story (here) about his decision to do just that:

I am humbled by your acceptance of my letter, and its incorporation into one of your articles. I hope that it’ll strengthen the resolve of others who’re anxious about taking a similar stand. We’re the ones who’re truly “in this together,” and I pray that what I do for the children in my care will have a ripple effect across space and time in the same way the echoes of past freedom fighters resonate with my soul.

And not just your soul, my friend. The souls of any whose humanity is still intact. Who recoil from the sickness of the soul which has been spreading across the country; it is the same disease that turned Germans against Jewish people; the same bacillus that turned Russian and against Russian; the same pathology that resulted in people who wore glasses being executed by the Khmer Rouge in Cambodia (not that most remember – it not being taught). If this bacillus is not promptly treated now, this country will experience the disease process that ran its course in Soviet Russia, 1930s Germany and 1970s Cambodia. It is a sickness that mankind suffers from sporadically but inexorably, with hot spots sometimes erupting – and genocide resulting.

This is what happens when Fear is empowered – and good people give in to it. Which empowers very bad people. Who use the good person’s desire to just live – even if it’s only table scraps – to suborn his compliance with the obscene. Anything to be allowed to go to work, to shop. Until they have nothing left.

The teacher who left his job rather than wear a Diaper has only lost his job. He is free to seek another and appears to already have found it – teaching the children of people who also oppose Diapering, especially of their children.

By doing so, he has landed a mighty blow without it coming to blows.

They have shown the way. It is our choice whether to follow their example.