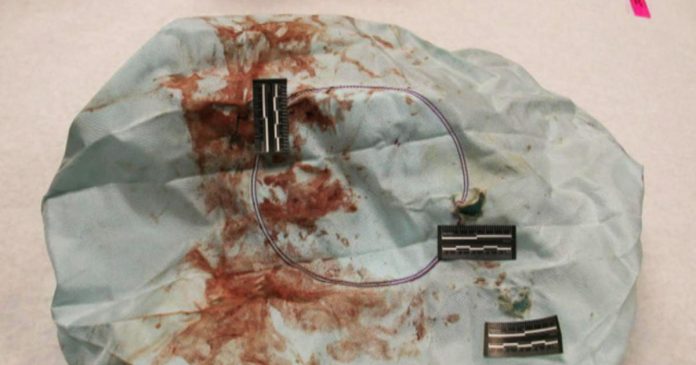 Air bags have killed again – but the country hasn’t been put on lockdown.

Hundreds of thousands of “cases” – air bags with known defects that cause them to randomly spray shrapnel in people’s faces – continue to circulate freely. No government “guidelines” requiring Face Diapers to protect against that. Not even a circular from NHTSA granting car dealers and repair shops permission to temporarily disable the known-to-be-lethal “safety” devices that NHTSA forced people to buy.

At least 17 people have been killed by these defective air bags so far – the latest being a driver in Mesa, AZ whose air bag took rather than saved her life on Aug. 20, NHTSA – the National Highway Traffic Safety Administration – just disclosed. 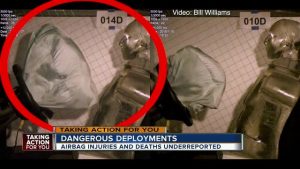 Juxtapose the indifference of the governmental response to this threat with its response to the asserted threat of the WuFlu – especially as regards school-age kids. About the same number of them have allegedly died from (as distinct from with) the Corona virus; we have no way of knowing for sure because of the shystery way Corona deaths are clocked up. We do know that people who were killed in motorcycle wrecks – and people pushing 100 with COPD – have been claimed as Corona deaths, as opposed to accidental and natural deaths.

So it’s hard to know with precision how many school-age kids have been felled by rather than with the WuFlu. The distinction has been deliberately conflated for the purposes of confusing people as to the actuality of the threat of the WuFlu itself.

But we know for sure that at least 17 people have been killed by defective air bags. We also know that hundreds of thousands of people face – literally – a mortal threat every time they take their defective air bag-equipped car for a drive.

And we know for a fact that the government will not allow these at risk people to take any palliative measures whatsoever. It is still illegal for them to disable their car’s air bag – and a crime for a dealership or other repair shop to do it for them. Any shop that defeats a defective air bag can be keelhauled out of business by the “safety” enforcement apparat. 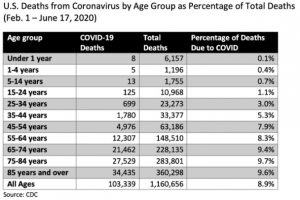 Thus, the drivers of cars so equipped are told to keep on driving – until time can be found to replace the lethally defective bag with one that (it is hoped) isn’t. In the meanwhile, the risk is all yours, sweetheart.

This tells us something about the  government’s true motives, one vs. the other “case.”

In the case of air bags, a very specific, objectively verifiable threat is treated with what you might call reckless abandon. There is no “might” be defective – vis-a-vis “might” be sick. It is known, for an absolute fact, that every car equipped with an airbag made by the Japanese firm Takata is dangerous.

Not possibly but certainly. The government says so. But it says nothing about “stopping the spread” of death by flying projectiles – notwithstanding that temporarily allowing shops (or the owners of affected vehicles) to turn the things off would completely eliminate the risk.

Contrariwise, there is the asserted and diffuse threat of Corona to school-age kids.

There is no certainty.

Or rather, there is its opposite. It is certain that an otherwise-healthy school-age kid’s chances of being killed by Corona are practically nil – more about the numbers here – and much lower than the risk that a driver who owns a car with a Takata air bag will be killed by it. There are many more school age kids in this country – on the order of 56.6 million – than there are cars equipped with Takata air bags wandering around the United States (a few hundred thousand).

The math is straightforward. But the results are extremely skewed.

On the basis of as close to a nonexistent threat of death as it gets without actually being literally nonexistent, 56.6 million kids have been fully or partially locked down and all of them terrorized by hysterical measures such as forced Face Diapering and social alienation and being forced to sit in far-apart cubicles surrounded by plexiglass, as if vaporized AIDS were being emitted from their every pore.

The psychological damage being done to these kids is incalculable. They are being taught to live – if it can be called that – in perpetual terror of getting sick, from a sickness that almost none of them have and even fewer will ever even have to stay in bed a few days to get over.

But it’s a-ok to put these kids in a car with an air bag the government knows is lethally dangerous to everyone on board, including the kids. They may not be facing it, since they’re not behind the wheel. But when the thing explodes in mom’s face and sends shrapnel tearing into her flesh and she loses control of the car, the kids go along for the ride.

Maybe their Face Diapers will protect them.