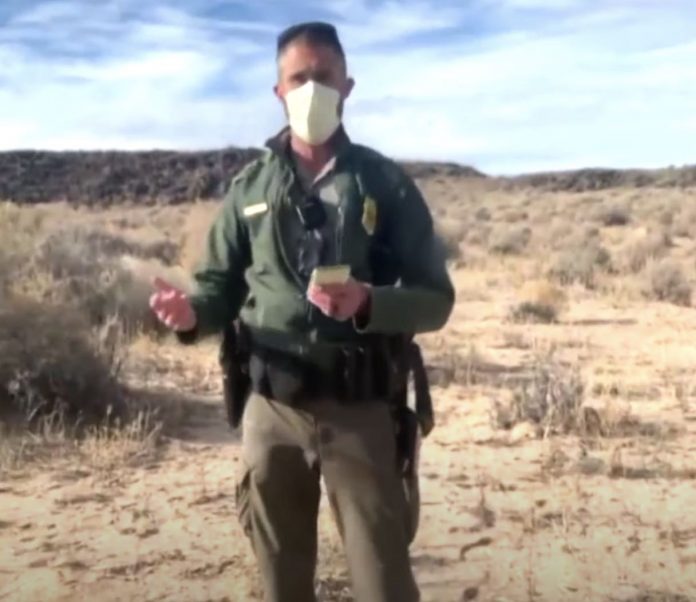 Video has surfaced of an armed and Diapered government worker attacking a man for walking his dog “off trail” in New Mexico.

According to news reports, Darrell House – a former Marine – was out for a stroll at the Petroglyph National Monument in Albuquerque, NM when he found himself facing the faceless AGW, who began barking commands, including that the man show his “papers.”

The man did not immediately step n’ fetchit, which constitutes a “threat” to the “safety” of armed government workers. Out came the Agonizer – some will know the reference – and the man can be seen writhing in pain on the ground as the AGW continues to bark orders at him.

“Today… I was tased for being off trail at the Petroglyphs. I come here to pray and speak to my Pueblo Ancestor relatives. Even though I’m Navajo and Oneida, I honor this land,” House wrote in a caption on one of the Instagram videos.

The victim understands why he was victimized – and it had nothing to do with being “off trail.”

“Power, dominance . . . to keep people like me in order,” he told local media.

AGWs like this one will be the ones coming to your door with the Needle  . .  and their guns.