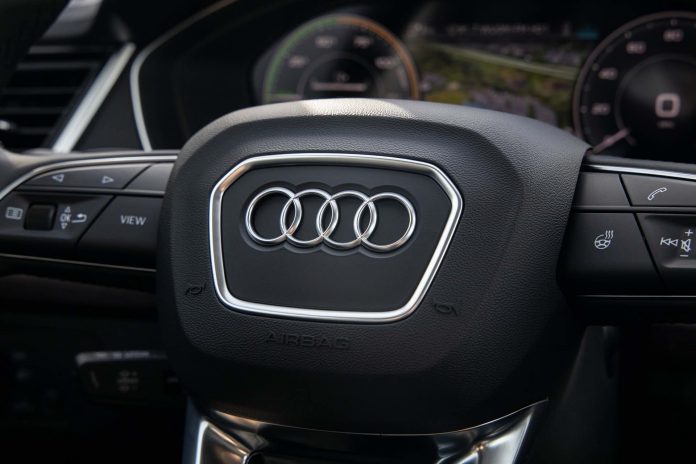 Audi announced the other day it will only sell electric cars by 2026 – which is less than five years from now. What does this mean for those who own non-electric Audis today? Should anyone consider buying a new Audi right now that isn’t electric?

Maybe – and maybe not.

The answers to these questions (you’ll find them below) go beyond just Audi since a number of other car companies – including Jaguar, Land Rover, BMW and Mercedes (as well as VW, which is the parent company of Audi) have announced similar “commitments” – as it is being styled – to building only or at least partially electric cars (i.e., hybrids) within just a few years from now. 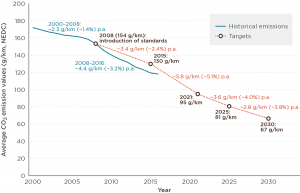 Note that most of the car brands “committing” to full-line electrification sooner rather than later are European brands. In Europe, it is already almost impossible to sell cars that aren’t at least partially electric because it is almost impossible to comply with the emissions regulations currently in force there that only have engines.

Soon, it will be impossible.

You can’t sell what you’re not allowed to manufacture for sale. Which will be literally, in Europe, by just a few years from now. The UK, France and Germany have or are in the process of enacting outright bans on the sale of cars that aren’t electric by as soon as 2030. Given that looming deadline, it makes little sense to continue investing in the design of not-electric cars today. 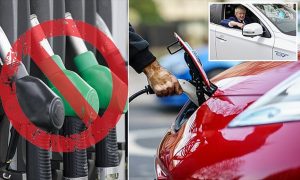 The same pressure is increasing here – almost as fast as the debasing of the value of the currency – and for the same reason: The installation six months ago of a new political front-man who is “committed” to both things.

Even if “emissions” standards – in air-finger quotes to highlight the snake-oil salesman conflation of carbon dioxide with actually harmful to air quality emissions – remained as they are, the fatwa’ing of how many miles per gallon the average car must achieve by 2026 would put the kibosh on all cars that aren’t at least partially electric vehicles; i.e., hybrids. Because only hybrids can average the almost 50 miles-per-gallon which the federal government has fatwa’d all new vehicles – including trucks and SUVs – must  achieve by the 2026 model year.

It will still be technically legal to manufacture non-hybrid cars that do not comply with this fatwa, but it will be extremely hard to sell them because of the price the car companies will be forced to charge for them – to offset the cost of the fines applied by the government for not complying with the MPG (CAFE) fatwa. 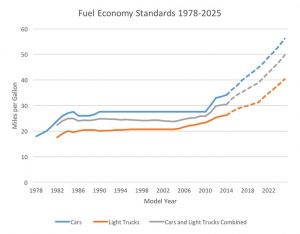 And if high cost doesn’t get rid of cars that aren’t at least partially electric, this business about carbon dioxide “emissions” will. Because they cannot be reduced to nearly zero – and forget zero – without reducing the engine to zero. Burning gas will always produce gasses. And unlike the actual emissions which once-upon-a-time did contribute to smog formation and did foul the air we breath, carbon dioxide “emissions” cannot be cleaned up – as via chemical exhaust scrubbers (catalytic converters) because there is nothing to clean up.

Carbon dioxide isn’t “dirty.” It does not make it harder to breathe or the skies smoggy; it is not a byproduct of imperfect or incomplete combustion; it is an inherent product of combustion – and the only way to stop producing it is to stop combustion.

That is why so many car companies have “committed” to electric cars. They are the only cars the regs will allow them to offer for sale a few years from now. And  – more cynically  – the car companies see more potential profit in electric cars, via various subsidy schemes and via changing their business model from selling cars to selling use of them – i.e., transportation as a service. You won’t own the electric car; you’ll pay to use one.

It will be made to seem both more convenient and less expensive than car ownership – as by one-stop shopping for everything, including insurance (folded into the cost of the subscription) and “zero maintenance,” since the car won’t be yours to worry about maintaining. They may even entice people with the “freedom” to pick a different type of electric car to drive; for example, one that is shaped like a sedan or one that is shaped like a crossover or a coupe – though there won’t be much meaningful difference since all electric cars are the same cars, other than shape and size.

The Millennial and younger castes may buy in. Or rather, rent-in. They are used to (or being conditioned to) not-ownership and liking it, per Charles Schwab – who owns quite a lot, himself.

But unless the “vaccine” kills off the generations behind them, there are still going to be a lot of people who won’t willingly buy their own enserfment. They are not likely to buy an electric car – even if they can own it – until electric cars can do at least the same things that not-electric cars can do – and do them for the same or less money. The belief that they will do otherwise amounts to the same as believing that people will willingly stop buying steaks in favor of more expensive soy patties – that they’re forced to stand in line five times longer to buy.

Which means that less than five years from now, the not-electric car you bought today could be worth more than what you paid for it today – the same way that many used cars are currently worth more than what they sold for. Scarcity tends to increase demand, especially when it is boosted by desire for the scarce. 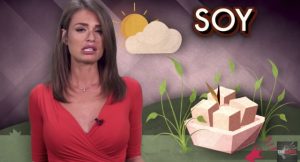 Or – the alternative scenario – the not-electric car you just bought could be worth next-to-nothing five year hence, having been artificially obsoleted by what Audi, et al, are doing today. What do you suppose the value of the cell phone you have in your pocket or purse today will be five  years hence, when it is “no longer supported,” when parts are no longer available for it and no one wants it?

If Audi won’t be selling any not-electric cars by 2026, how long will Audi make parts for the ones Audi is making right now? How about the ones Audi made? How long will competent service be available? The not-electric car bought today, in mid 2021, ought to last until at least 2036 (15 years). But will you be able to find anyone who can still work on “one of those old things” by 2030? 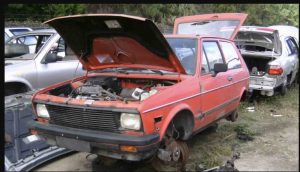 Will its value depreciate faster than a Yugo’s as the world “commits” to electrification? If it does, anyone who buys a new not-electric car today could be taking a bath tomorrow.

Buying a new not-electric car today is thus a kind of bet about what politics will do to the car market in less than five years from now.

Are you ready to put your money down?