I got a letter for Diaper Duty the other day.

Well, it is nominally a questionnaire for selecting prospects for jury duty. I did not fill it in and have no plans to – because I am unable to serve as a juror in a jurisdiction that expects me to efface my face to listen to a case in court. I would have explained this – or checked the box, if there had been a box – disqualifying me on account of my religious beliefs. Or rather, my unwillingness to perform any of the strange rituals associated with theirs.

I expect this to  . . . spread. And not just in my “case,” so to speak. This is an etiology we will all have to deal with at some point since we are all forced to deal with the government. 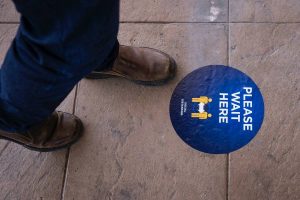 Avoidance of bizarre and evil rituals – such as the Spreading of the Legs and the Raising of the Arms, the assumption of the I Surrender position – was possible when these were only “practiced” at hot spots of government, such as airports.

But the sickness has metastasized and now encompasses all (federal) government buildings as well as those controlled by several state governments, including the department of motor vehicles – which is a hot spot all of us are required to visit in person once every so often to obtain or renew our conditional permission to use the former public right-of-way, now also controlled (and so owned) by the government, as opposed to the “public,” which may only use it as the government so decrees.

This presents a nexus. A point of choosing. 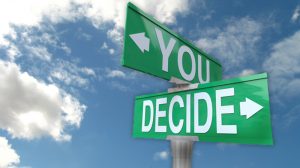 Many of us – probably almost all of us – have chosen to abide by the countless laws we’re expected to obey in order to be allowed to just live. Laws such as those requiring us to obtain the conditional permission of the government to use what were once-upon-a-better-time the public right-of-way. The people who lived in America when the Constitution was inked didn’t need to obtain permission from the government to ride their horse on the public right-of-way into town. They would have been startled – and annoyed – by the suggestion, having recently endured a long and bloody war to separate themselves from a government that regarded itself as sovereign over everything and which expected its subjects to kneel and beg permission to do anything.

And then to pay for it.

Somehow, we got from there to here and now we are expected to stand on line and supplicate for permission to use the same rights-of-way our ancestors just used, as their natural right. 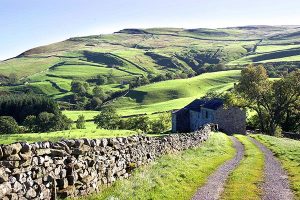 And expected to pay for the privilege.

Well, we have done so for generations. Largely because we still felt relatively free and because the alternative  – to just use the right-of-way as our right but running the risk of being caught and punished for doing so – seemed too high relative to the benefit of just being (ahem) “free” to travel on the public right-of-way. At least until forced to stop at a checkpoint and present ourselves – and our papers – for inspection by the government, which controls the formerly public right-of-way.

But that was random and relatively unlikely. For the most part, one could just drive – and so, live. Hence, most of us queued up to get our permission slips and went on about our lives.

In addition to expecting us to beg its permission – and pay for the conditional privilege – the government now expects – it demands – the expression of adherence to strange religious beliefs, such as the wearing of an odd facial garment that is claimed to ward off what amounts to evil spirits, as the condition of being allowed to beg its permission. To be permitted to enter the holy shrine – the DMV – where the permission is granted.

This raises the price of seeking its permission. In addition to the fees, one must also pay in degradation; the surrendering of one’s dignity by pretending to believe in a religion whose tenets make one sick – to one’s stomach.

But how about actually sick – or perhaps, worse?

It seems likely, even probable, that it will shortly be a condition of supplication that one also receive a Holy Anointing in order to enter – in addition to the wearing of the Holy Vestment. And unlike the Holy Vestment, the Anointing cannot be thrown in the gutter after you’ve obtained your permission slip.

Will you roll up your sleeve for the sake of being allowed to obtain the government’s permission to use the formerly public right-of-way?

For myself, no – I will not. Just as I will not efface my face and thereby mask a grotesque lie for the sake of something no free man ought to be obliged to do in the first place. All of us have a right to travel the public right of way. The fact that we do so in a vehicle is of no more relevance than the fact that Americans once traveled them on horses. Which were often yoked to vehicles.

We have been conditioned to accept the possibility that some harm might come absent our having obtained permission to use the public right-of-way, but this doctrine is so obviously false it ought to be laughed off the planet. 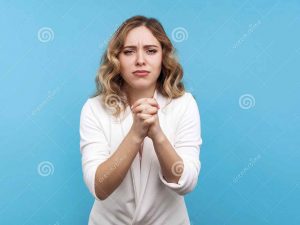 The harm comes from being obliged to beg permission – and  from being made to endure grotesque conditions – in order to be allowed to “practice” what free people once took for granted. This permission-begging degrades us as such – and provides the pretext for future and further degradation, at the whim of the permission-giver.

By what right do they so oblige us? The answer is – via our own surrender of rights, for the sake of not taking the risk of offending our abuser – and risking its wrath. But the balance now tips to the insufferable. It is one thing to queue up. It is another thing to “mask” up.

A far worse thing to roll up.

I’d rather run the risk of being a free man. How about you?