This Diaper Report is a kind of accounting report – about what’s been lost. So much has been lost that it is almost impossible to consider the totality, akin to contemplating the number of stars in the night sky, which represent a mere fraction of the totality.

So I’ll focus on what I know. Rather, on who I know – who was ruined by the mass formation psychosis which was engineered and used to ruin people. It was not accidental. It was not a mere over-reaction to a threat of unknown but possibly catastrophic seriousness. Because it was known, very early on, that it wasn’t that serious. Mere months after the declaration of an “emergency” – declared and never rescinded, it bears remembering, by the Orange Man – it was known that “the virus” was no more of a threat to people who weren’t already very old or already very sick than the usual annual flu. More than 99 percent of the people who caught “the virus” didn’t die from it. 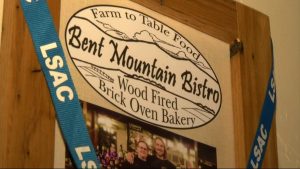 Yet almost 100 percent of “non-essential” businesses were forced to go out of business – via being prohibited from doing business – on the known-to-be-false pretext that “the virus” posed a lethal threat to everyone.

My friend Ben lost his business – the Bent Mountain Bistro – on account of this business. He was forced to close his doors to people who were not forced to walk through them. He was threatened with violence if he dared try to serve people who wanted to be served. His business went from one of the most popular restaurants in the community to a permanently closed business. He could not afford to reopen partially  – when the government decreed he could serve at half capacity (and no service at the bar, where people used to sit and have a drink). His bills – rent on the building, the utilities, the taxes he was forced pay all the while – were not partially reduced. He owed the full sum – but was only allowed to earn half as much to pay for it. 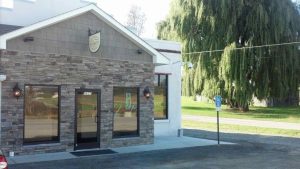 He tried to keep his doors open during the after-“lockdown” months when his restaurant was only partially locked-down. But his losses kept adding up and soon he was forced to close his doors again – this time by economic necessity.

Like millions of other businesses, he was  never compensated for this taking. It is astounding that this ugly business isn’t discussed more or even at all. It is ugly enough when the government announces it is going to take your land, via that thing styled “eminent domain,” to confuse the rubes into regarding it as something other than theft-at-gunpoint. But it at least has the compensatory aspect of  . . . compensation. Eminent domain is no less a taking by dint of the fact that the taker gives over a sum of money it thinks is “just” compensation for what it takes – regardless of your estimation of the value of keeping what the government takes. But at least the government leaves you with something in return for what it takes. 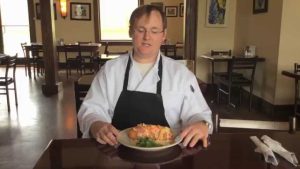 What did the government leave my friend Ben – and the entire community, which lost the Bistro along with Ben – with?

Per Bruce Springsteen – absolutely nothing.

Oh, there was ‘Rona “relief” money available. But this money came with strings, as is invariably the case with government money. It wasn’t compensation for losses incurred, a financial acknowledgment of the taking performed by government. It was – and is – a kind of dole that was dangled before the faces of business owners who agreed to play along with the various kabuki rites we’ve all become familiar with, including the wearing of the Holy Rag and the bizarre, entirely made-up “practice” of keeping six feet away from others, as if that served to “stop the spread” of anything other than sanity. 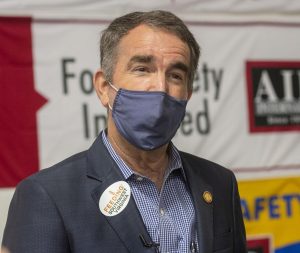 Ben wanted no part of such “practices” and much less to become owned by the same government that put him out of business. He understood that what was on offer was essentially the crutch proffered by the man who just broke your leg.

No more Bistro, either.

This one small restaurant was a gathering place for a whole community; it also provided jobs for a dozen local people, who no longer have those jobs. And it was a market for local farmers, who sold Ben the locally grown vegetables and locally raised beef, pork and chicken that he used to create his farm-to-table menu.

All gone now. Just like “the virus,” which the same people who never shut up about “the cases! the cases!” for two-plus years, until two week ago, are no longer saying anything about, now.

Move along, nothing to see here – except Putin Bad! Ukraine Good!

How many more will be put out of business by this business?