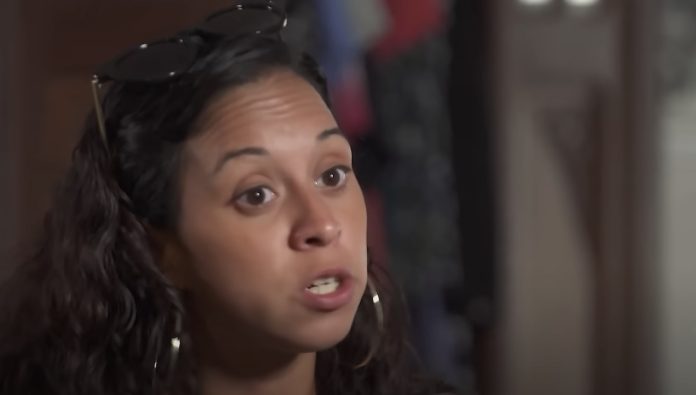 You may recall the mass shooting at a government school in Uvalde, Texas – where armed government workers, concerned for their “safety,” did nothing to prevent the shooter from killing a bunch more kids than he would have been able to, had any of them been heroic enough to charge into the place and kill him.

Now these “heroes” are harassing an actual hero. An unarmed mom of two kids within the government school – who was ordered by a “hero” to “get back” when she tried to go where the armed and body-armored thug scrum was afraid to go.

“You’re very close,” Angelie Gomez says one of the “heroes” said to her. She said, “I don’t need you to protect me. What you need to do is go protect my kids, they’re in there.”

Angelie said she could hear the gunman and the children, screaming.

Then she said she began talking to other parents there, all waiting for the “heroes”” to do something heroic. “Come on! If we all go in there, they can’t stop us all.” Gomez had no weapon, nor body armor. Nor was she being paid to “serve and protect” the kids being slaughtered within that government school.

But it was her job – as a mom – to do something, to protect her kids.

That’s when the “heroes” stopped her. Handcuffed her. Hut! Hut! Hutted! other distraught – and unarmed – parents, tackling them to the ground.

“Heroes” are very good at such “serving and protecting.” They display such “heroism” every day, when they Hut! Hut! Hut! unarmed drivers for not wearing seatbelts, driving faster than arbitrary speed limits and other such “dangerous” actions.

But when confronted by an actually dangerous person… and good people who are “dangerous”  . . . to the “authority” of armed government workers – it’s a whole ‘nuther story.

Gomez eventually managed to do what the “heroes” wouldn’t. She jumped the fence, got in the government school and helped lead an entire classroom full of kids to safety – while the “officers” obsessed about their “safety,” outside the school.

Then she went back – for one of her other kids – and let him and another kid to safety.

The “heroes” are very angry about this, because her heroism exposed their cowardice.

Gomez says the AGWs are stalking her, threatening her with arrest. Unmarked AGW mobiles – paid for by the taxpayers of Uvalde – park outside her home, menacingly.

“We can arrest you for tampering with an open investigation,” Gomez says an AGW informed her. – acting, no doubt, on the orders of the literally porcine head of the Uvalde AGW shop.

Gomez – a young woman – has more balls than all the badged-and-body-armored “men” who are “serving” as AGWs in Uvalde. Unlike them, she isn’t hiding in cutouts with a radar gun, nor driving around in a car she didn’t pay for – but which others are forced to pay for (plus gas). She is is just a mom – and something more than these badged-and-body-armored predator-cowards will ever be.

Of what use are armed government workers? Other than to themselves, that is? A very safe job (far more so than being an electrical lineman, for instance) plus exorbitant pay and benefits, plus the badge and the gun.

It’s people who care about their safety – and that of their neighbors, kids and communities. They are naturally invested and for that reason better motivated. And no one has to pay them to act heroically, when the need arises.

Which calls into question the need for armed government workers.

AGWs Caught Selling the Drugs they “Bust” Others for Selling