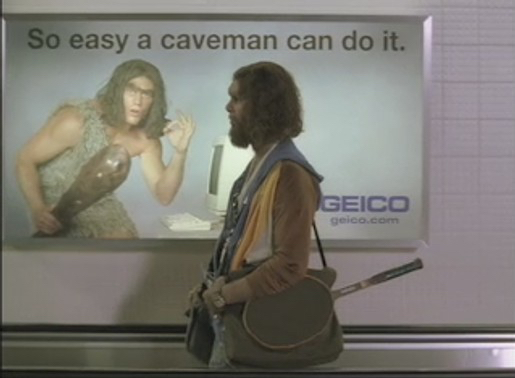 Oil changes are still pretty simple. But easy is another thing. If you haven’t done one in awhile – to a new car – you might be surprised by how much more complicated the process has become.

First, it’s gotten harder to get underneath new cars. Or rather, to get them up in the air, so you can get at things.

Driving them up on ramps – as was common back in the day – is often not possible today because the front end of many new cars will push the ramps forward as you try to drive up and on. Or they get pushed unevenly. That can be very dangerous to your wallet as well as to you. The ramps may also hang up on the lower part of the fascia – the rubber front end cover all late-model cars have – and be damaged during the attempt. 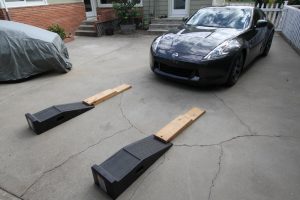 One way to avoid that is to use some boards to “step up” gradually to the ramps – as in this picture.

Similarly, standard floor jacks may not slide under a new car’s low-slung bodywork.

The good news is there are low-profile floor jacks specifically made to get around this problem. The bad news is if you haven’t got one already, you’ll need to buy one – and a good floor jack usually costs at least $75 or so. Either way, be certain of your jacking point before you start pumping up the jack. Most new cars are unibody designs – integrated frame and body – and it can be not-obvious which is body and which is frame. You want frame.

Don’t apply jacking force to body panels such as the floorpans or the rocker panels.

Once you have the car raised, you may discover you can’t find the oil drain plug.

Many new cars are fitted with plastic underbelly pans – designed to smooth airflow underneath the car, for reasons of fuel economy as well as noise reduction. But these pans have to come off before you can access the car’s mechanical underbelly, including the engine oil drain plug (and oil filter, if it’s not topside).

With the car on a hoist and a technician able to stand/walk around under the car, removing the underbody pan isn’t that much of a hassle. It’s not so easy when you’re lying on your back, in your driveway. 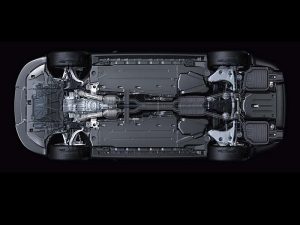 Actually, getting the pan off isn’t too hard.

It’s getting the pan back in place that can be a pain. These things are often large and unwieldy. You have to line them up with multiple holes and then get the plastic tabs or whatever the fastener system is locked down without the pan moving out of position.

Here’s where a helper – human or floor jack – is . . . helpful. A second pair of hands to hold the pan in place while you get it fastened. Or, use the floor jack to do the same. The pan is usually made of plastic and isn’t heavy. It’s just awkward to get it lined up.

Be sure it’s reinstalled correctly before you lower the car and drive off. If it falls off with the car at speed, you will not be happy. Neither will the driver of the car behind you.

As far as the actual oil:

Modern car engines are much more sensitive about which oil goes in the crankcase. It’s not like it was in the past – when almost any off-the-shelf-oil would do. Or at least would do no harm. Synthetic or standard; 10w-40 was on sale this week. 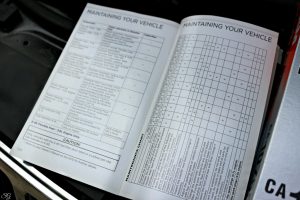 And don’t use additives, either – unless they are approved additives.

Also be exacting about the oil level. Too much can be as bad as too little. This, by the way, is one of the perils of having someone else change your vehicle’s oil. Quick lube places often use a pump to feed fresh oil to the engine, rather than pour the oil in one quart at a time, as you would at home. The pump system makes it easier to lose track of how much actually got pumped in.

If you have someone else change your oil, always check the level on the dipstick before you drive off.

Another thing to check is for drips under the car before you drive off. Quick lube places sometimes overtighten oil filters, crushing the gasket – which results in leaks. They also sometimes overtorque the the oil pan drain bolt, damaging the threads. If that happens, the leak can become a gusher when the now-barely-hanging-on-by-a-thread drain bolt falls out while you’re driving.

If you do your own oil changes, you’ll never have to worry about stripped threads or overtightened oil filters.

It’s just not quite as easy as it used to be!