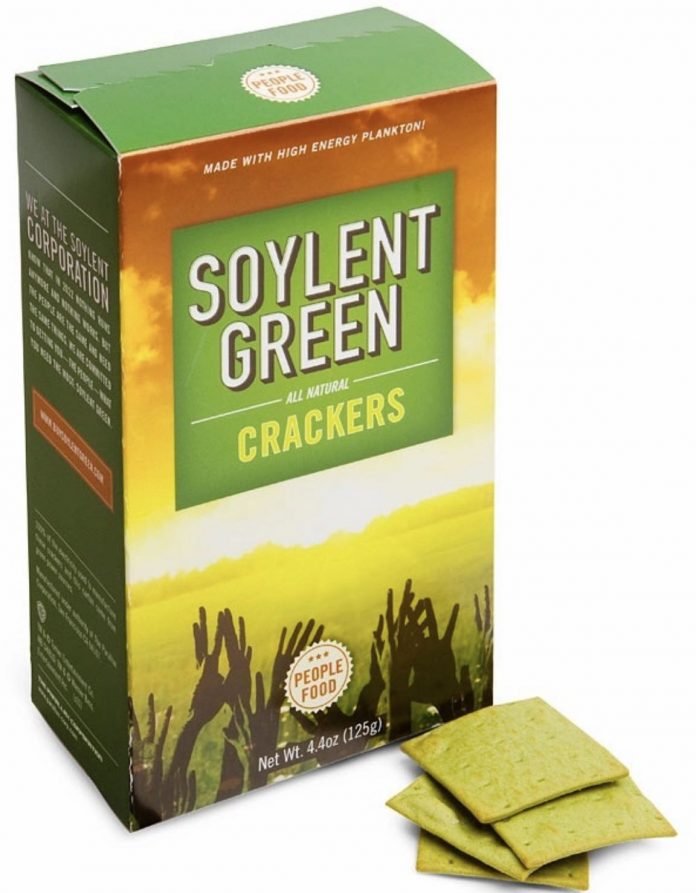 Hamburger and pork chops are becoming what lobster used to be – expensive specialty foods most of us can only afford to eat once in awhile.

Or at least, forget paying $15 for a downer cow (and  probably meat-glued) 8 oz. “steak” at the supermarket, where the same piece of meat cost $7 or so just ten months ago.

Dystopian theories about a Soylent Green future – in which the masses don’t eat meat because meat is unaffordable – even unavailable – seem to be congealing into facts of life. It may be that the only non-elite people who get to eat meat in the future – six months from now – will be the people who raise it, themselves.

I’ve become one of them.

You may have read about my decision to raise chickens and ducks – which I decided to do for the same reason I ride my motorcycle rather than drive my truck (whenever possible). It is a way – perhaps the only way remaining – to counterbalance the devaluing of our money, which is really the corporation’s money. I here refer to the cartel of privately owned banks – the corporations – that control the money supply and so own the purchasing power of what is regarded, naively, as “our” money. Also “our” government – which is owned by the same corporate interests, which control it (and thereby, us) using their money. 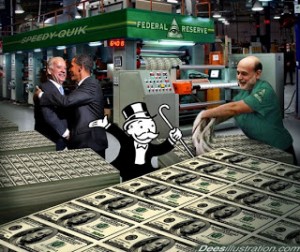 At a stroke, these corporations manipulate the value of their money, leaving us with less purchasing power as well as less to purchase, by manipulating the supply of things for us to buy. They’ve got us coming – and going. Which is why it’s good to go – away from their manipulations.

I conducted a survey of supermarket prices for a store-bought duck. The average seems to be about $40. Duck has always been pricey, because duck isn’t a commonly bought item. But even store-bought chicken – as common as it gets – is no longer inexpensive, especially if you don’t want the downer cow version thereof. Chicken raised in pasture, unJabbed with hormones or carrageenan (look this one up – and prepare to lose your appetite) now costs more than a steak used to cost, ten months ago.

In a few weeks, I’ll have six ducks in the freezer – for less than the cost of one store-bought duck. Plus more in the works since my ducks generate new ducks, unlike a duck bought at the supermarket – which generates a meal, once. 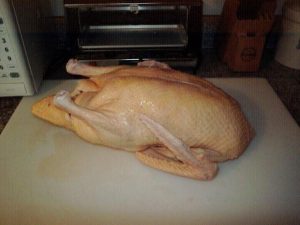 The chickens generate eggs – an excellent, high nutritious as well as delicious source of protein equivalent to meat. They also propagate new chickens, which no store-bought egg will ever do. These eggs also have another virtue no store bought egg has. They don’t have to be refrigerated. This might prove to be a godsend if the refrigerator stops working – because the power stopped coming.

Fresh-laid eggs have a translucent coating – it is called the bloom – that preserves the egg without the need to refrigerate the egg. You can leave a fresh-laid egg in a basket on the kitchen table for days without worrying about it going bad. Not so with store bought eggs, which are washed as they are processed. They will go bad quickly if not kept cold.

They are also already old.

The eggs I ate for breakfast yesterday were laid the day before. The store-bought eggs you eat were probably laid a week or more before. And you’ll only have as many eggs as you bought – or could afford. 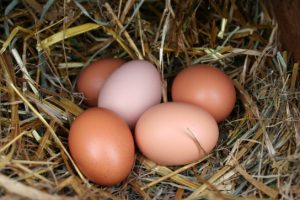 Or that the store had.

Empty shelves – and refrigerated cases – are becoming as common a sight in supermarkets as “mask” wearing metastasized hypochondriacs. It is not improbable that this sight will become more common as their money buys less and less.

There is, however, a cost to avoiding these costs. You must raise the birds, house the birds, feed the birds and – if you want to eat meat – process the birds. That means kill them, a thing most people who eat the meat which results from the act have never done themselves. It is a heavy thing to do. No one I know who raises animals for food enjoys the act that leads to meat. But it puts you in touch with reality – with the circle of life. And it makes you thankful for the animals that give you life, as you gave them a good life.

This latter is no minor thing.

Many – me among them – are uneasy about the way animals are treated by the huge corporate combines that bring into existence store-bought meat. The animals live brutal lives and end their lives, brutally. They are often sick while they are alive – hence the need to Jab them with antibiotics and such that end up in the meat you eat.

I – like many who are pursuing a homestead way of life to get out from under the depredations of corporate life – am at peace with eating meat I raise because the animals I raise get to live outdoors, doing the natural things animals are supposed to do. They are not crowded into pens, forced to stand in their own waste – fed disgusting “food” that renders them almost Soylent even if the end result is still technically meat.

And when the time comes, I give thanks for the food they provide – respectful and even in awe of the life that makes mine possible.