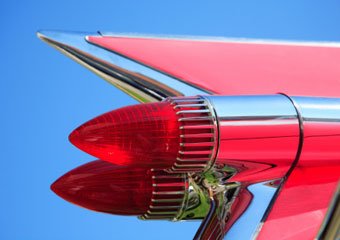 Some people like to clip coupons – I like to shave my car ownership costs to the bone. Note that I didn’t say car buying costs. Because that’s only half the equation. It does you no good if the inexpensive car you bought ends up costing you a lot of money to drive. Sometimes, people don’t take this into account. They should.

Most modern cars are very crashworthy but also fairly delicate. They will protect you in a crash, but even a minor fender-bender (or pothole) can result in expensive damage to both their thin-gauge metal (or plastic) exteriors and – more significantly – their running gear. This is especially true of front-wheel-drive cars, as anyone who has accidentally run up over a curb or hit a bad pothole in one can probably tell you. This is why most cop cars and taxis are rear-wheel-drive cars. They typically have girder-like cast-iron rear axle assemblies that are all-but-impossible to damage, let alone break. They are also largely maintenance-free (other than the occasional gear lube change). In a front-wheel-drive car, the front wheels do double duty – steering the car as well as putting the power to the ground. This means more parts and complexity – and expense. Front-wheel-drive transaxles are also less sturdy (not being made of large hunks of cast iron firmly bolted in place) and so easier to damage if you have a minor accident or hit a bad pothole.

Rear-drive cars are also usually much easier to work on because there’s more space in the engine compartment. The engine is mounted longitudinally (front to rear), which makes it much easier to get at things like spark plugs (especially if the car has a V-6 or V-8 engine). In a FWD car, not only is the engine mounted transversely (sideways) it is “packaged” together (and much more tightly) with the transmission and axle (the transaxle) into a single “assembly” that often makes accessing even routine maintenance items such as the oil filter or spark plugs an epic challenge.

Another long-term advantage that RWD vehicles have over (most) FWD vehicles is body-on-frame (or at least partially body-on-frame) construction. There is a heavy-gauge frame that the engine, transmission and body panels bolt to vs. being (in the case of body panels on a unibody car) welded together. What this means is that if you have a fender-bender, you will probably be able to unbolt the damaged panel and bolt on the new part. Even if you don’t do this work yourself, the repair cost will be cheaper because there’s less work to do – and the work is easier to do. Heavy steel frames are also much harder to damage (even in the event of a major wreck)  and don’t suffer as much over the long haul from structural rot caused by rust.

There is an engineering axiom that says the more complex a system, the more likely it is that system will eventually fail – and the sooner it will fail, too. Some of the electronic systems found in many new cars are essentially peripheral,meaning if it stops working you can either do without it or work around it. For example, ABS brakes. If the ABS stops working, the brakes will usually still work normally. It just means the anti-lock function won’t (and the wheels will skid if you lock up the brakes during a panic stop). But if you have a car equipped with an air-adjustable suspension and the compressor or some other critical part fails, the car may be undriveable and very expensive to repair.

On 4WD equipped vehicles, I prefer a system that uses a handle you pull vs. a knob you turn. The former is a simple, physical interface that is less likely to malfunction or break – and if it does, the fix is usually straightforward and inexpensive. In the latter, the 4WD is controlled electronically, and if the electronic controller craps out on you the fix will probably be neither straightforward nor inexpensive.

Avoid to the extent you can things like digital-displays and drive-by-wire; turbos and multi-setting/auto-adjusting suspensions and transmissions. Such things can be great fun when a car is new – and still under warranty. But no so much fun when the car is 15-plus years old and the “warranty” is your wallet.

* Avoid vehicles that have been made deliberately hard to service –

Not to pick on them, but BMW is a case in point. Current models don’t even have a dipstick to check the oil level. You have to consult a computer.  BMW’s computer. And BMW’s software, too.  The automaker makes it difficult to impossible for owners to do their own service and also independent (non-BMW) repair shops, which don’t have the proprietary BMW diagnostic computers/software. It is a good idea to do a little research into the make/model vehicle you’re considering to find out whether this is an issue.

In some cases, it’s not deliberate per se, just difficult to service the thing because of the way the vehicle was built. As an example, my father-in-law used to own an early ’90s-era Cadillac with the Northstar V-8 (mounted sideways). Getting at the oil filter – which was mounted in the valley of the V-8’s “v” – was extremely awkward at best and potentially impossible if the previous person who changed the oil had overtightened the old filter, since getting a wrench on it was not physically doable.

A quick Google search of owner forums will often turn up such potential nightmares before they become your nightmare.

As you drive around, take note of the make/models you see that are more than 15 years old. I see ’90s vintage Toyota Corollas every day. Coming across a same-era Dodge Neon occurs far less often. Just an example. The point being, steer clear of makes/models that seem to just disappear from the roads after about 10 years or so – and focus on the makes/models that seem to just go and go and go.

That ought to get you started!