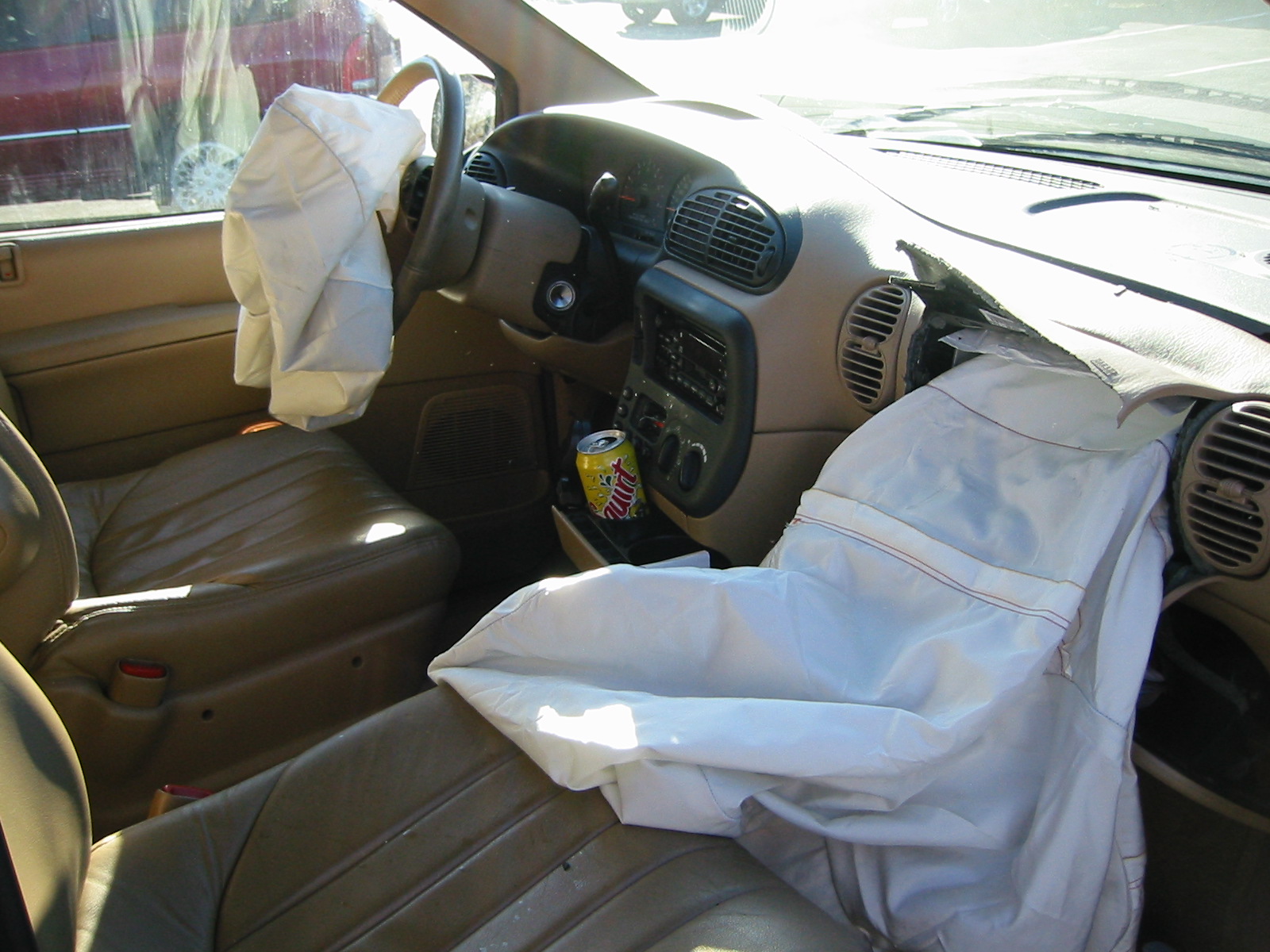 Air bags – driver and front seat passenger air bags – have been mandatory in cars since the mid 1990s. That means there are now millions of older cars on the road with air bags. These air bags are ticking time bombs, financially speaking (and otherwise; more on that below) because of the ever-less-favorable ratio between the value of the car itself and the cost to repair the car if the air bags go off.

Here’s what I mean:

Let’s say you own a 2000 model Toyota Corolla. It’s still running great and you hope to be able to drive it for at least another five years – a reasonable expectation given the durability of newer cars. At twelve years old, it still has a lot of useful life left. And because it’s paid-off, you have very low fixed costs, transportation-wise.

But, here’s the catch.

Your 2000 Corolla is only worth about $3,500 or so, retail. But the cost to replace the air bags, if they go off in an accident, will be in the neighborhood of $1,500-$2,000. Which means, even before you take fixing the actual car into account, the projected repair costs have already come dangerously close to the “50 percent of retail value” threshold – at which point, most insurance companies will refuse to fix the car. Instead, it will be “totaled” and you will be given a check for the retail value – usually, a lowball number. Rarely will you receive a check adequate to buy an equivalent vehicle.

The number of cars (and car owners) facing this Hobson’s Choice continues to grow each year, as the fleet ages and the “book value” of older cars drops. It’s a pretty good bet that if your vehicle is worth less than $6,000 it will be totaled by your insurance company if the bags ever deploy. Under $5,000 and it’s a certainty. (A 2002 NHTSA study found that “…nearly all vehicles more than seven years old are scrapped if they are involved in a crash in which their airbag deploys.”)

Current year cars typically have at least four and in many cases as many as six or even eight air bags. These multi-bag new cars will reach the Event Horizon much earlier since the cost of replacing three or four (or more) air bags will be even higher than the $1,500-$2,000 figure for dealing with just the driver and front seat passenger bags in older cars.

The tragedy is that many of these cars are otherwise repairable. Air bags don’t go off in fender-benders, but it’s  not necessary to have a catastrophic wreck for them to deploy, either. The threshold is about 20-25 MPH, which isn’t insignificant but also not enough (in many cases) to cause major structural damage to the car – the kind of damage that in the past would have resulted (reasonably) in a decision to throw the car away. But today, it is routine to find otherwise repairable cars – some that can still even be driven – consigned to the junkyard because of the cost of replacing the air bags.

And legally, the bags must be replaced. Even if you fix the folded fenders and the car is otherwise fine to drive, the law requires all factory-fitted (and government mandated) “safety” equipment to be intact and functional. You won’t be able to pass state “safety” inspection and get/renew your government-mandated vehicle registration until the bags are replaced.

It is a tremendous waste – and we all pay for it, though we may not realize we’re paying for it.

We pay, first of all, in the form of higher insurance costs – because the insurance companies quite rationally transfer the losses they incur onto the shoulders of policyholders. Simple cause and effect: If the 2000 model Toyota mentioned above had no air bags, and fixing it after an accident only involved replacing, let’s say, the front clip (bumper, hood, fenders, etc.) at a cost of $2,000 – vs. another $1,500 to $2,000 on top of that for the air bags – then naturally, the owner’s premiums are going to reflect this. Since the imposition of the air bag mandate, average insurance costs have gone up dramatically. In most urban/suburban areas, it is routine for even “good drivers” with no record of  at-fault accidents or “points” on their DMV record to be paying $500 or more a year for a full-coverage policy. To put that in perspective, consider the cost of the typical homeowner’s policy. Most people pay about the same to cover their house – an asset several times more valuable than a car, but which has a much lower risk of “total loss” associated with it.

But where we really pay is in the form of loss of the vehicle itself. Of throwing away otherwise fixable cars and being placed in the position of having to buy a usually more expensive replacement.

And with so many aging air bag-equipped vehicles still on the road, it is a cost more and more people are going to be facing in the years ahead.

There’s another cost, too – alluded to in the beginning of this article. Air bags are just like any other system in the car; eventually, the components degrade and develop problems. It’s as inevitable as eventually needing new brake shoes or a power window switch. Own an air bag-equipped car long enough and eventually the air bags are going to have a problem. This is why several automakers list air bag service after “x” number of years.  I like to read the owner’s manuals of the new vehicles I test drive each week. That’s how I discovered the warning that (to cite one example) “SRS system must be serviced” at 10 years. In one case, a major car maker specifically recommends replacing the bags (and related sensors, etc.) at 12 years – and you can imagine what that would cost.

But maybe the bags will just go dark and not work. Corrosion, a disconnected wire – either could result in a fault that results in the bag(s) not going off when they should – totaling you instead of the car. Or maybe the bags will just off for no reason at all (leading to the same result, if it happens while you’re driving down the highway at 70 MPH). Hysterical? Exaggeration? Do transmissions in old cars just fail sometimes?   Is it unheard of for a tired, high-miles engine to spit a rod through the oil pan?  Other car systems degrade and eventually fail in older cars. And so will air bags.

Only the results may be a bit more dramatic – and a lot more expensive.

Does it Make Sense to You?