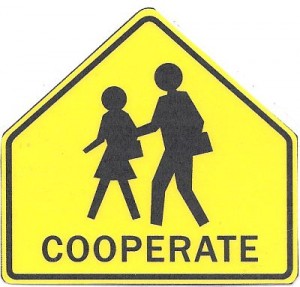 What we are not about is being forced to decrease our wealth through actual and
threatened violence. We are not interested in being placed into associations against our wills to build wealth for our enemies. We have no more tolerance for being fused and conjoined to be a part of a hostile unnatural world. To participate in an anti-civilization. To be commanded to malcooperate.

Starting in the 1860s, accelerating in the 1910s, and exploding in the 1930s, it has taken time for the shock to wear off and the clarity to return, but now it is evident to enough of us to matter. The more we Grow Extract Build Cooperate by the rules and laws of the American System, the less wealth we have and the greater debts we mount up.

Since the 1930s this nation has been running at an incalculable deficit. Like a black hole we take and take from each other until we have only unpayable debts. What’s been taken has multiple claims on it, dozens of times greater than what’s actually there. Always more comes in, empty promises multiply, and less goes out.

There is no reconciling what we have been doing the last 75 years. Whatever we once were is irrelevant. We are a monstrosity, there is no saving the brand. But what emerges when the megatyphoons and tsunamis all hit and the devastation can be counted and mitigated can be something good. We rebuild a new civilization from the pieces of the old, something those of us doing the building willingly choose to be a part of.

Our nation has 139 million workers who will earn 232 trillion in their lives. Will it be in $EastCoast, $WestCoast, $Mountain, $Plains, $Lakes, $South. $Netizen, $Business, $Worker, $Urban, $Rural, $Celebrity, $Anonymous, or some other brands of dollar?

One thing’s for sure, it won’t be in the involuntary currencies that are dying and going extinct today. Federal Reserve Notes, beaver pelts, wampum. All these once important mediums of exchange will soon be artifacts you can view on Wikipedia in the language of your choice, but no longer encounter in everyday cooperaion and trade.

Its hard to know what will become of the lost empire of America. The brand will be forgotten, but its wealth will remain, let’s look at the value of her estate:

Things you Build Mandatorily for Military: missiles 46B, aircraft 130B, ships 145B, other military 879B. These goods can be used to take all other wealth of this nation and other nations.

Things you Grow which can be taken by the Military or sold Suicidally or through a Living Will; scrap value of American human bodies 14000T (each person’s bone marrow 23 million(Mil). DNA 9Mil, lung set 120 thousand(K), heart 60K, cornea set 10K, other tissues 14Mil.)

Hastening the orderly demise of military/involuntary organizations will free up the nation’s wealth to be used in more voluntarily and individually chosen methods of cooperation.