Here’s a quick way to tell whether a person is still under the sway of statism: Ask his (or her) opinion about this business of granting (word choice deliberate)  driver’s licenses to illegal aliens. 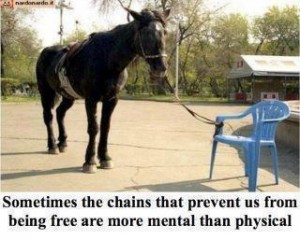 Most people – Democrats or Republicans – will preface whatever their answer is with an implicit acceptance of the notion that all of us – “illegals” and “legals” – have an obligation to go on bended knee to the state and ask for permission to be allowed to drive. They accept – as a given – that driving your car is a conditional privilege.

In Chicago, Governor Pat Quinn recently signed a new law (yes, another one) that grants illegals permission to drive.

“This was a bipartisan effort to pass an important law,” Quinn said. “When the president speaks on Tuesday, he can say about his home state of Illinois … we not only passed the Dream Act last year, we passed driver’s licenses for those who are undocumented .” 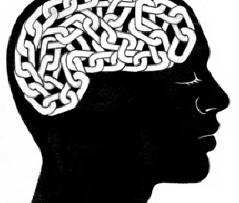 Democrats like Quinn – and Republicans like Mittens Romney – are in perfect bipartisan agreement. Everyone must be documented. That is the essential thing.

Of course, it’s all backwards – the result of backwards thought. Or rather, non-thought. Conditioning is perhaps a better term. People – most of us (me included, by the way) grow up in a system that is very careful to prevent our minds from ever awakening and developing the capacity to think critically. This system fills our heads with rote, unquestioned premises – such as the notion that everything we’re allowed to do derives from the good offices of the state. Never that we are free men and women – entitled by dint of our existence to think and act for ourselves.

Such servile terms! And most people don’t even realize what they’re saying – and, accepting – merely by accepting the verbiage. Words represent ideas – and ideas are everything, whether we’re consciously aware of them or not. And this, friends, is why it is so very, very important to the powers that be to keep as many people as possible unconscious. To make it so that they reflexively use the state’s language – and thereby accept the state’s premises. Above all, the heretically dangerous idea of self-ownership must never be permitted to form in the minds of men.

Stefan Molyneux clears the air when he analogizes our condition to that of “free range tax cattle.” (See below for his superb video.)

We’re exactly as “free” as livestock. Like beef cattle, we are allowed to roam about the pasture – the farmer’s pasture… at the farmer’s pleasure. It is not our pasture. And more, our very bodies are not ours. They belong to him.

At any time – and for any reason – the farmer can do as he likes with us.

Whether our “pasture” is larger or smaller – or the “farmer” relatively benign (an American president) or sadistic (a Stalin or Hitler)  the essential thing is always the same.  We are allowed certain limited, conditional privileges. 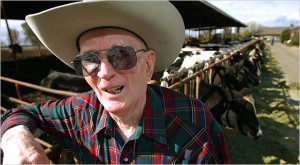 Such as a driver’s license.

It is critical that more minds are awakened – and as rapidly as possible. Because the “pasture” is quickly transforming into a feed lot. Even the limited, conditional privileges we once enjoyed – and which made our status as livestock plausibly deniable – are being taken away from us. And not slowly or incrementally – as has been the practice in the past. It is precisely because the cattle – that would be us – are beginning to comprehend the nature of things that the pace of events is picking up speed. The “farmer” understands the threat to him posed by the nature of the awakening that is taking place – hence his increasingly desperate measures to steer us (government schools, MSM propaganda, Ritalin for the boys… estrogens in the water for the men, fluoride in the water for all…) to frighten us and set us against one another (so as to prevent us from recognizing our common foe)… perhaps, 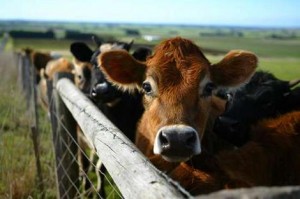 even, to get the noncompliant cows into the chute for the necessary knock on the head. The farmer knows he must get a handle on things  – before things get a handle on him.

Once enough of us begin to think about this business of being granted conditional privileges by the state – of being allowed to do things… it’s game over for the farmer.