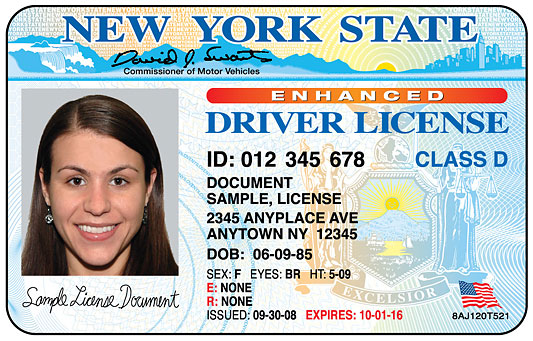 Why do we bother with driver’s licenses at all?

They’re certainly not a measure of even minimal competence as a driver. You take a written (now digital) test that Forrest Gump could pass, along with (maybe) a cursory “road” test that takes place in the parking lot of the DMV. A 12-year-old could pass these tests. More to the point, adults far less competent than the average 12-year-old routinely pass these tests. They have a driver’s license, alright, but calling them “drivers” is generous. The sail fawn-addled, SmoooVee doing 80 in a snowstorm, Buick in the left lane refusing to move right, double-yellow-crossing, half-blind inattentive Taco-eating marginality of the average Driver Americanus is known the world over.

So, we do we bother with them at all? Because in the U.S., a driver’s license is really an ID card. A sort of internal passport we’re all compelled to carry – and produce, upon demand. It has very little to do with driving – and much to do with herding us like the cattle we’ve become. I go too far? Well, see how far you can go without a driver’s license – even if you never get behind the wheel of a car. Banks want to see your driver’s license before they’ll open an account – which you need to cash your check from your employer -who won’t hire you unless you produce the government-issued internal passport – which you also can’t board an airplane without and do many other things besides.

All of which have exactly zilch to do with operating a motor vehicle.

Of course, it was the Germans who invented the “driver’s” license. (Stifle the PC outrage; your angry correspondent is as ethnically Volkdeutsch as sauerkraut.)

The first one was issued to Karl Benz for his Motorwagen in 1888 – and like so many other not-so-great ideas from the Fatherland it migrated to the Homeland not too many years later.

The Germans have a DNA-encoded fetish for controlling things – including other humans. Again, stifle the PC outrage. I understand the German mindset because I grew up within in it and am plagued by it myself. It takes an everyday act of will to remind myself that other people are not my playthings and that they have as much right to do as they please – provided they’re not harming anyone, of course – as I do.

We now have to carry around these infernal internal passports that have nothing to do with driving ability, in order for the authorities – government and corporate – to be able to identify, record and process us.

Like the 4th Amendment and other former freedoms we’ve surrendered over the years, the freedom to travel thus no longer exists in this country. Even if you are on foot you can expect trouble if you cross paths with a representative of the sicherheitspolizei who – for no reason or for any reason – demands you “show me some ID” – and you don’t happen to have any. Doesn’t matter that you’re just walking to the store (or whatever) and haven’t done a thing to warrant suspicion of criminal conduct (the old standard; long since thrown in the woods).

Yes, I know that technically – in some states – “the law” still says they have to have some sort of articulable probable cause. See how much that helps when the SD man is Tazering you – or worse – for “resisting” or whatever he’ll say you were doing. In fact, in the real world, possessing an ID – a driver’s license – is a functional necessity, not simply to transact day-to-day business but to avoid becoming the star player in the next YouTube video episode of Don’t Taze Me, Bro!

Maybe we ought to.

If a driver’s license were what the term implies – proof that you have shown you’re competent to operate a vehicle, based on successful completion of an at-least slightly demanding driver’s test in an actual car on actual roads – then, ok.

At least then, the bearer could take some pride in the same way that a college graduate or a person who holds a sharpshooter’s certificate can take pride in a real achievement.

But the “driver’s” licenses almost all of us carry today are nothing more than the equivalent of the yellow tags you see stapled into the left ears of cows. And serve the same purpose.