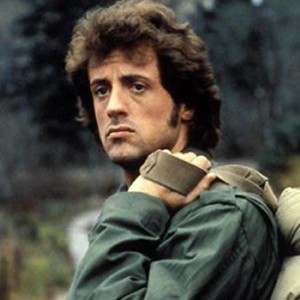 It never occurred to me at the time – when I first saw the flick – but Rambo is a Libertarian. And even more important – insofar as the current debacle concerns us – most people (even today) root for Rambo. And hate the fat, bully cop portrayed with such verisimilitude by Brian Dennehy. 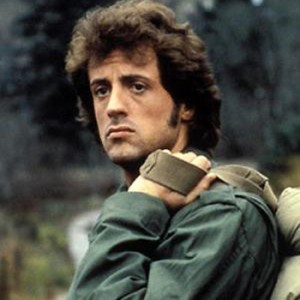 Both characters started out in the same place – but ended up in very different places.

Each became an armed goon “serving” the murderous long-con called “government.” The intellectual flim-flam that lets (and gets) ordinary men to do things to one another they’d never do on their own. In Rambo’s case, go half-way around the world to kill as many random strangers as possible. In Bill Teasle’s (the cop character) case, stay home and do pretty much the same thing.

Rambo, though, quickly saw through the scam – to the horror of it and his part in it. It made him sick in the soul. He wanted to get as far away from all of it as he could.

But Bill Teasle would not allow this.

For the “crime” of “vagrancy” – really, for showing contempt of cop – Teasle jacks Rambo up and takes him prisoner. His minions then proceed to torture him – literally – in their officially sanctioned government-approved dungeon. Whereupon Rambo explodes in a burst of self-ownership. But even then, his violence is entirely defensive.

He attempts to flee – to get away from his attackers. That’s all he wants. To be left alone. If they did not pursue him, he would not have harmed them. But pursue him they do – and soon learn the consequences of visiting aggressive violence upon an individual who is capable of defending himself.

In its own way, then, Rambo is a highly subversive film – like the more recent Matrix series.  Authority is stripped naked of its euphemisms and cant, revealed for what it is: The few ruling over the many, abusing and exploiting them. Rambo (and Neo and Morpheus) awake to the reality of things and rebel. 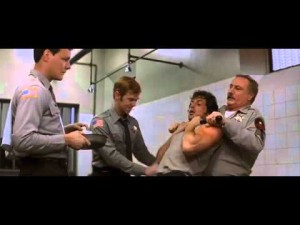 Just a thought as we get closer to the Farce of July. The day when we’re expected to go through the pathetic pantomime of celebrating “our freedoms” . . . with firecrackers we’re not allowed to buy in most states. 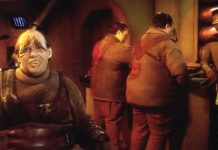