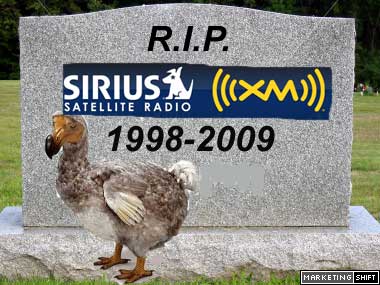 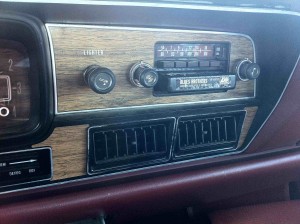 Back in the days of audio cassette tapes, you pushed the FF button to get to the next song on the playlist. Compact discs made tapes obsolete. Now you could just skip to the next track. But CDs were clunky – and only held a relative handful of songs. Digital music rendered CDs yesterday’s technology only about ten years after they were first mass-marketed.

I think satellite radio is next-up for retirement.

Yes, there are some commercials – one every 10 or 15 minutes or so. But the service – unlike SiriusXM is free. Pandora (unlike SiriusXM)  does not expect you to pay them to listen to commercials.

Listen to almost any SiriusXM channel – but especially the talk/news channels – and you will be deluged with obnoxious 5-10 minute blocks of ads.

Remember: You are paying to hear them.

People have fled so-called “terrestrial” (AM/FM) radio to a great extent because the ratio of music (and talk) to commercials reached a tipping point, became insufferable. One of the major draws of satellite radio was commercial-free content. But that’s not what you got. At least AM/FM radio was free.

Sirius/XM is careful to qualify that it offers “commercial free music.” It’s only the talk channels that are chock-a-blocked with “learn more” and “call 1-800-BUY GOLD NOW” juggernauts. But, here’s the thing.

Pandora and other forms of digital streaming music provides the same thing – without the commercials.

I recently loaded the Pandora app on my iPod and now can listen to whatever music I want to listen to (as opposed to whatever music Sirius/XM programmers think I might want to listen to) without paying a penny for it. Pandora gives me (and you) the option of paying a very small fee – it’s less than $5 a month, so a fraction of the cost of a Sirius subscription – to get 100 percent commercial-free streaming music. Personalized, tailored to suit. Not “programmed” – and take it or leave it. 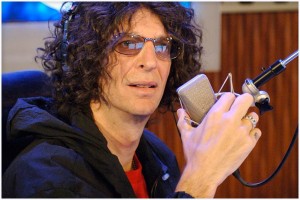 This is going to do to SiriusXM what garlic does to Dracula.

Because it’s not just the obnoxious pay-for-commercials thing. Not just that they pigeonhole you into picking “this” or “that” music channel (as opposed to a personal/configurable stream that’s uniquely yours).

There are also functional problems.

For instance, the signal sometimes cuts out; reception can be spotty. XM seems to be worse in this respect than Sirius, perhaps because the two channels use different satellites. But they both have “dead zone” issues, especially in mountainous areas or where there is a lot of dense overhang (trees, etc.). This is annoying because you’re paying. Often, the radio will cut out right in the middle of something you were interested in. Only to cut back in just in time for “learn more” about male enhancement…

Pandora also cuts out sometimes (“buffering”) and of course you need a WiFi signal to keep the music flowing, which does limit where you can listen to music using Pandora. The Sirius/XM signal is beamed down via satellite, so – assuming you have a portable receiver – you can take it with you, wherever.

But, again, you’re paying for it. The music (and the talk) plus the commercials.

And with an iPod or similar device (SmartPhone) you can carry an almost limitless selection of music or talk (including Podcasts) with you wherever. Just download them prior to going wherever. It’s easy and – to a great extent – it’s free. 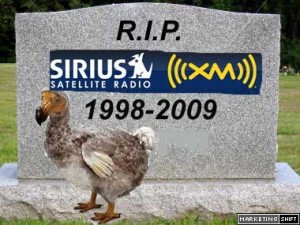 The other looming problem for SiriusXM, I suspect, is the looming prospective departure of the service’s biggest star, Howard Stern. Like him or not, he has brought literally millions of subscribers into the fold; people who bought-in chiefly (and many probably solely) to listen to his four-hour morning show.

But Howard has been doing a kind of slow-motion fade-away, reducing the number of days he’s on – with previously recorded and “best of” selections now accounting for the majority of the programming on the Howard channels (100 and 101). His contract is up for renewal very soon. What happens to SiriusXM if Howard does not renew? Will the millions of people he brought in as subscribers unsubscribe? Take away Howard and what else is there? None of the other talk shows come even close to drawing the audience he has. And many of them are not exclusive to SiriusXM and can be heard elsewhere for free (CNN for example).

Pandora offers more – not just for less, but for free.

SiriusXM’s technical problems have not been fixed. Might not be fixable.

And the service’s premier act is very possibly about to do a David Letterman – which will leave the service with a profusion of not-very-good talk shows and a bunch of music channels that aren’t as versatile (or as personal) as Pandora.

But which they still expect us to pay for.

Seems pretty dark to me.

Reader Question: Supercharge – or Turbocharge – It?