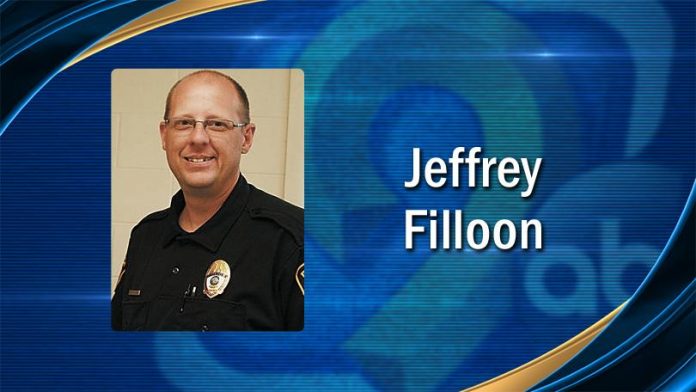 Here’s some for-profit policing for you:

Jeffrey Filloon, who resigned in August 2015 as the police chief in Tama, Iowa, was indicted by a federal grand jury on December 6th. He’s accused of selling several guns that were stolen from the department evidence room, as well as at least four cars that had been impounded. He also was charged with making false statements to an FBI agent during an investigation into the fraudulent sales.

One of the weapons, a Mossberg 12-gauge pump shotgun, had been held as evidence and was sold to General Store Pawn and Gun in Marshalltown for $200 in August. 2013.

Later that same month, Filloon sold a .45-caliber Keckler and Hoch UPS pistol to the same shop for $450, court records state. That weapon had been the duty gun of a Tama officer who surrendered it to the department when he retired in 2012.

Another firearm that was being held as evidence, a .44-caliber black powder revolver, was sold to the Marshalltown shop for $75 in Mach (sic) 2014.

Also in March 2014, Filloon allegedly sold a 1997 Pontiac Grand Prix, a 1994 Ford Econoline F150 van and a 1994 Ford Explorer to Sandhill Auto Salvage for Tama for $650, court records state. He allegedly requested the check be made out to him instead of the city, records state.

That same month, he returned with a 1996 Chevrolet Silverado pickup and sold it for $250, claiming it was his person vehicle, record state (sic).

The false statement charges stem from statements Filloon allegedly made to an FBI agent who was investigating the weapons and vehicles in May 2016. He allegedly told the agent a relative of the shotgun’s owner told him he could keep the firearm instead of returning it to a family member, court records state. He also allegedly told the agent he had purchased the Silverado before selling it to the salvage company, records state.