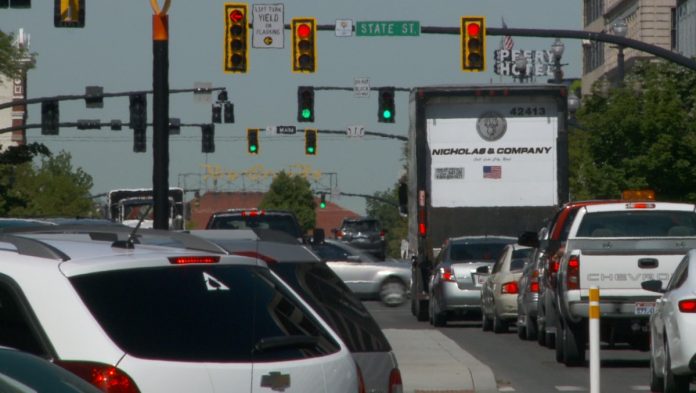 They can’t even get automated traffic lights to work – to sync the green/red cycles in order to smooth the flow of traffic – but we’re supposed to believe that millions of automated cars are going to sync perfectly, whizz along at 100 MPH in tight formation, without a hitch – just like the Blue Angels, the Navy’s precision flying demonstration squadron.

In the rain and snow. The heat of high summer, the bitter cold of January. Dirt, sand, potholes. 24/7, year ’round – for year after year after year, ongoing. Mechanical and electrical components will never wear out – or crap out, unexpectedly. 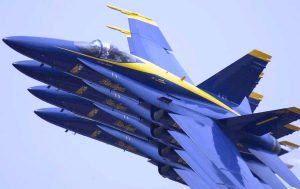 Traffic lights are pretty simple things – even the “smart” ones that have cameras and sensors with which they can “see” traffic (just like automated cars). But coordinating lights to go green at the same time – instead of one going green and then the next one just ahead going red, causing needless stop-and-go traffic congestion – seems to be a bridge too far for the same technocrats who promise a seamless, Blue Angles-like automated car experience.

Even when traffic lights are successfully synced, they rarely remain synced for long.

But at least you can stop (and go).

Your current autonomous car – the one controlled by you – still has brake/accelerator pedals and a steering wheel.

Your Future Car may not. The idea being to automate those functions, in order to take away your autonomy.

The good news is that it’ll probably work about as well as automated traffic lights.

Leavings aside the emasculation that automated cars would impose on us – male and female alike – by depriving us of the ability to control our vehicles, which would mean a return to childhood, a time when our parents took us places and we sat in the back and had little to no say in the matter – there is the false assumption about the omniscience and perfection of automated vehicle technology.

Notwithstanding the abundance of evidence that technology – much simpler technology than the technology necessary to automate millions of cars – routinely craps out.

Or the computer you’re probably reading this on. Your smartphone. Have either ever crashed or done something Weird for no apparent reason? What happens when you accidentally spill some coffee on them? Drop them? What about five or six years from now, when the drive is getting arthritic, the OS out of date? 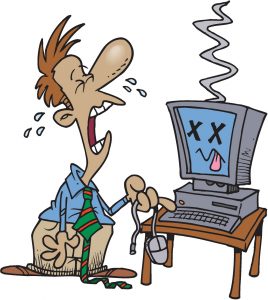 At least they’re not moving down the road at 70 MPH.

Automated cars will – we’re told – move down the road at much higher speeds. Inches apart, us asleep in back or watching YouTube videos.

The Blue Angels also fly inches apart and at hundreds of miles per hour. Usually, without crashing. But they are piloted by autonomous humans, who do not depend on rote programming or technology to maintain formation in an environment of constantly changing variables which they – their autonomous intelligences – must recognize and correctly deal with, independent of technology. Each pilot makes minute course corrections, based on his independent judgment. No programmed auto-bot can anticipate every scenario. Computers can only react in ways anticipated by the programmer.

Unlike an autonomous human pilot at the controls. Or a competent human behind the wheel – assuming he’s allowed one. 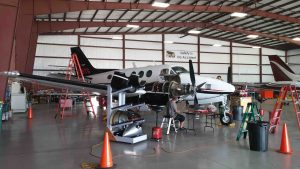 Also: Aircraft are obsessively maintained and inspected according to a schedule that would never fly in a daily-driver (or daily driven) automated car scenario. It’s too complicated – and much too expensive. There is a reason why most people don’t own airplanes – even single-engine Cessnas. It’s not so much the training (and skill) needed to learn how to fly. That part is affordable, a few thousand bucks and a few months, if you’re interested. About the same in expense and time as it takes to get a driver’s license in Germany.

But the aircraft is a six figure proposition and the FAA mandatory scheduled safety inspections/teardowns and rebuilds double down on that. Combined, it’s beyond the financial means of nine (point nine) out of ten people.

Yet it would take something along those lines – assuming the technology can even be made to work reliably and safely outside of the attenuated world of a handful of demonstration mules – for this automated car thing to ever scale.

Millions of automated cars would have to be tied in to an FAA-esque infrastructure and mandatory scheduled inspections/teardowns/rebuilds very similar to those currently mandatory for aircraft.

This will get into serious money.

Who will get the bill?

How will they pay it?

Is anyone buying this?

It’s a carny’s market out there.