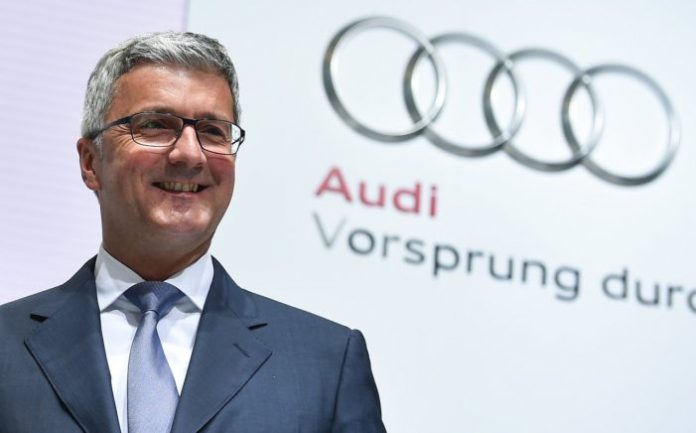 A barometer of the insanity of our times is that you’ll be hounded to the gates of Hell for “cheating” the government but if you kill someone it is No Big Deal.

Especially if you work for the government.

Rupert Stadler worked for Audi. So he’s going to jail. Stadler was frog-marched out of his home the other day by German government workers over his “role” in the emissions “cheating” business. He is the highest-ranking VW/Audi executive to be persecuted (whoops! prosecuted) by the Authorities to date over the automaker’s horrific crime of building its cars to pass government tests. 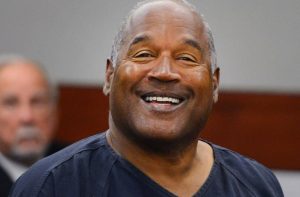 As readers of this scurvy site are well-aware, the “cheating” isn’t really why VW/Audi is being hounded. No evidence has been produced that even a single person was harmed by what VW/Audi did – which is the same thing every car company does (viz, design their vehicles to pass the various tests – just like SOLs for kids entombed in government schools).

The real crime – from the government’s point-of-view – is that VW/Audi successfully (for many years) “got away” with “cheating” the government.

A Sicilian Lesson had to be imparted.

The same lesson learned by other-not-OJs such as Irwin Schiff, who had the effrontery to question the government’s authority to steal people’s income – whoops! – “tax” them. He died in federal person, notwithstanding that he hadn’t so much as sneezed on someone and given them the sniffles.

But OJ is free.

If he’d “cheated” on his taxes (or perhaps, an emissions test) he’d still be a guest of Uncle’s.

Harm done – to real people –  is explicitly not the government’s concern. It has stated this, quite openly via Supreme Court eructations that its enforcers have no specific obligation to protect anyone’s life or limb nor to put themselves in harm’s way for that reason. See the infamous Castle Rock decision (more here).

The enforcers only obligation is to enforce the law.

Not dissimilarly, the obligation of a car company isn’t to build cars which don’t harm people; it is to obey the law.

The response meted out to Stadler – and Martin Winterkorn and other VW executives – vs. the disinterest rampantly shown when government workers are caught on video actually harming (even killing) people conveys the disparate priorities. 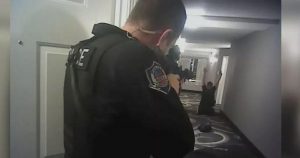 For instance, the Daniel Shaver case, which readers of my column will already be familiar with. Shaver was a guest at a hotel in Mesa, AZ. Armed government workers – among them Philip Brailsford – responded to an anonymous call about “someone with a gun.” Shaver was in his room, with a woman, showing her a pellet gun he used as part of his job in pest control. He was an ordinary guy caught up in a very bad misunderstanding. While on his knees and pleading for his life, Brailsford shot Shaver to death in ice cold blood.

He remains a free man.

Just one of all-too-many examples.

George W. Bush, Dick Cheney and all the associated criminals who lied the country into a war of aggression against Iraq – a war fundamentally no different than the Reich’s manufactured war of aggression against Poland 79 years ago, which resulted in heavy sentences (including the death sentence for the kriegsverbrechen responsible – are also free. Bush paints placidly in Texas, awaits checks in the six figures for “consulting” and such. 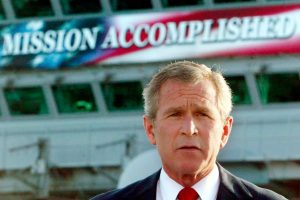 How many auto-driving cars have killed innocent people? And air bags? The government is directly responsible for both but indifferent to the damage. No indictments are handed down. No billions in fines levied.

It is probable that a single electric car auto da fe “emits” more caustic compounds into the ether than all the “cheating” Volkswagens and Audis did, collectively. And if not, then certainly the legions of emissions-exempted government vehicles do. What is the “tier” and “bin” applicable to MRAPs, for instance? Do their 9.3 liter diesel engines meet EPA standards? Have particulate traps and require DEF injection?

No, of course they don’t.

It would be interesting to weigh the NOx output of that emissions-uncontrolled 9.3 liter diesel vs. a 2.0 liter VW TDI equipped with all the EPA mandated bells and whistles. But VW  and Audi are nailed to the cross over angels-on-the-head-of-a-pin differences in NOx emissions while on the EPA’s test rig vs. out in the real world.

These MRAPs, incidentally, roam the public roads – having been second-lifed from their original role of fouling the air in Afghanistan to fouling it right here in the land of the fleeced, where they now “serve” as heavy-handed as well as heavy-emitting implements for rounding up the likes of Stadler and others who dare to affront the Authority of the government.