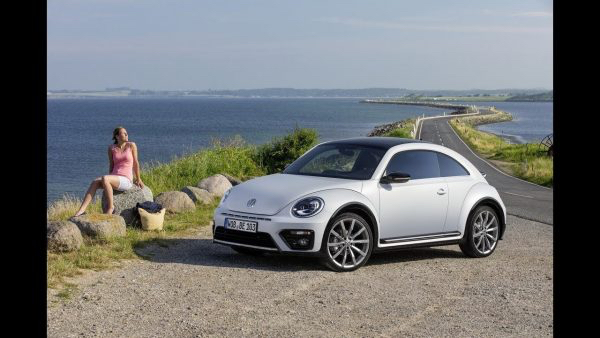 VW has just announced it will stop making the Beetle after 2019 – in order to “focus” on  . . . electric vehicles.

Expiation, you see – for having sinnnnnnned. 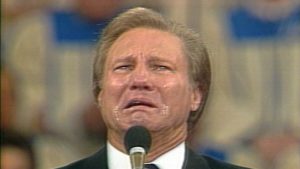 Which brings us to the the real reason for VW’s decision, which ties in with the extirpation of the company’s TDI diesel engines:

The original Beetle – made from the late 1930s through the early 2000s (in Mexico) was – and would likely still be in production – were it not for Uncle. It became impossible to continue producing them – even in Mexico – because of the strangulation effect of regulations that, over time, could not be complied with without re-engineering the car.

It looked like the original but was more like other modern cars. It was front rather than rear-engined and its engine was a conventional inline and upright and water-cooled engine. The original Beetle’s boxer engine laid flat in the rear and was air-cooled, thus no cooling system which meant one whole system that never needed service (radiator flushes, thermostat and water pump; the coolant itself every couple of years) because it wasn’t there.

Four spark plugs, a set of points once a year, a can of carburetor cleaner. That’s about all it took to service an original Beetle. Even changing oil was cheap because that’s all you changed. 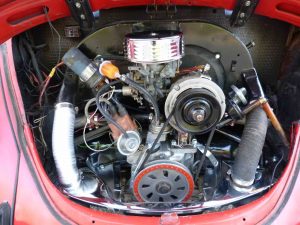 No filter. Just a screen you cleaned and then re-used.

The original Beetle was the rolling embodiment of simplicity and so economy. This made it viable on the market without major changes for almost 70 years, a feat no other car has come close to matching.

It was truly the people’s car.

The New Beetle is a modern car – and so expensive and not particularly economical. The TDI diesel engine helped balance the books, but it is gone now – and with it, the 50-something MPG capability that was one of the car’s chief virtues.

Without the TDI, the Beetle became just another small car – with a tight back seat and not much trunk – and the market has been turning away from those over the past decade in favor of crossover SUVs, which have the virtue of practicality (in terms of space efficiency) that small cars like the latter-day Beetle lacked. 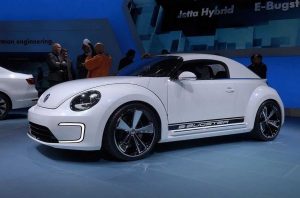 Since the new Beetle couldn’t be simple or cheap – because Uncle – VW tried sexxing it up. A redesign infused it with Porsche 356 speedster-ish themes – but these ran counter to the Beetle ethos.

People bought VWs – in the past, in those big numbers VW had hoped to resurrect – for different reasons. Not for speed or sexiness or tech but because the car was the opposite those things. It was the car for everyone – another thing no modern car has ever been and likely never will be because no modern car can be.

The TDI gave the new Beetle one thing none of the others had. It was nice while it lasted.

Once the newness of the new Beetle wore off – the nostalgia-for-the-original sales – and without the 50-MPG capability of the TDI diesel engine – the New Beetle got old.

It’s interesting that while the old Beetle was ancient decades before the time of its cancellation in the early 2000s, VW was selling vastly more of them than the new Beetle. If VW were allowed to build the old car again – and if we were allowed to buy them – would we?

Too bad VW will never get the opportunity to find out.

And neither will we.