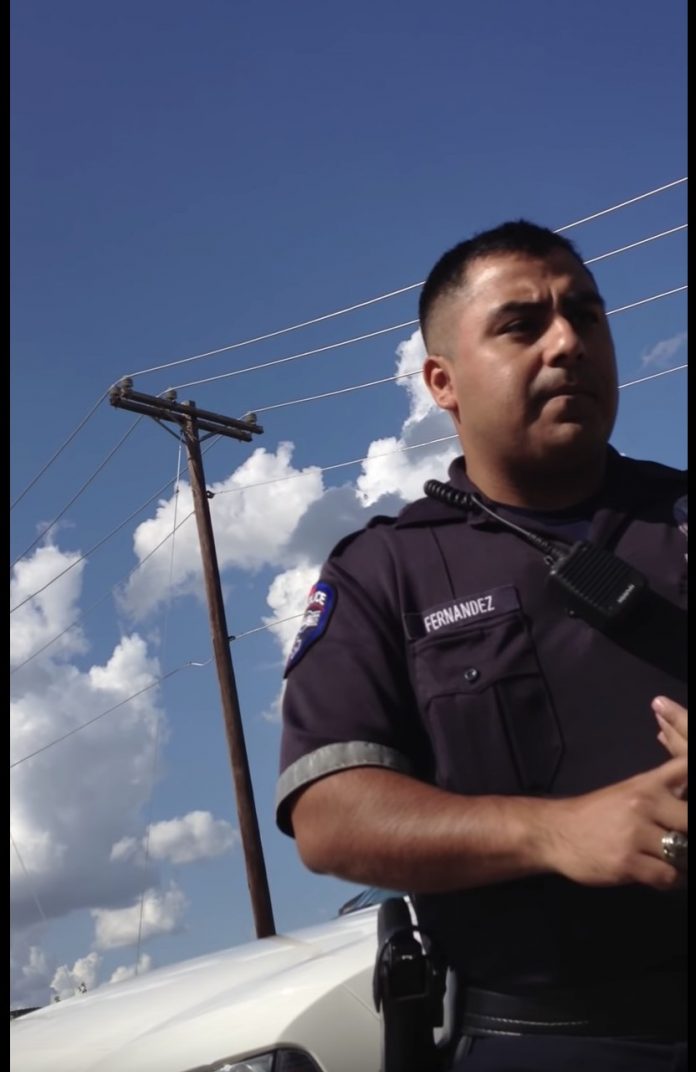 What’s the point of obeying the law when you’re still liable to being treated as if you’d broken one?

Here’s yet another video of a man abiding by the law who finds himself threatened with manacles by an armed government worker. The man is legally open-carrying. He has not violated any actual law. But the AGW confronts him and demands ID – because “people” have called about him openly carrying, which is legal in the state.

There is no law in Texas or anywhere else where it is legal to open carry that empowers AGWs to threaten someone with arrest for not providing ID because “people” (or “someone”) called about them openly carrying.

It is legal to open carry.

Yet this AGW – like so many AGWs – uses the pretext about “people” having called as the excuse to abuse the man’s right to be left in peace (since he has not broken any law and the AGW cannot gin up any reason to suspect he may have).

It is exactly as if an AGW pulled a car over for no particular reason and then claimed “someone” called.

The AGW says he does not “know” the man. Presumably, the AGW does not “know” 99 percent of the people in the state, either. Does that obviate the rights of those 99 percent to be left in peace and empower the AGW to threaten people with arrest for not providing ID and submitting to his orders?

These AGWs are never fired – much less prosecuted – for making up law (and enforcing it). And these are the same AGWs who will come knocking on your door someday – probably soon – to demand you surrender your guns.

The Second Amendment is as defunct as the Fourth and Fifth and 10th Amendments. The entire Bill of Rights is a dead letter, a museum piece.

The law – per Judge Dredd – is whatever they say it is.

How Far The Acorn Can Fall…