The other day, I “got away” from an armed government worker.

I was “speeding” – that is to say, driving faster than the government decrees to be “safe.” Rounding a curve,  I encountered an AGW. In the rearview, I saw him brake and knew he was going to U-turn after me, in order to punish me for harms I hadn’t caused but for rules (and authority) I had affronted.

Rather than stop, I “fled” – and successfully “eluded” the AGW.

I use the air quotes – so to speak –  to make a point about the cognitively dissonant language most of use without thinking about it much. This is especially true of conservatives – who can be ferocious in defense of what they regard as their “rights” – gun rights, for example – while practically bear-hugging their supposed ideological foes on the left when it comes to shredding rights as such. 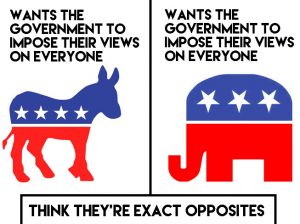 I texted a conservative friend after I was safely home. He was enraged by my story – and actually said he would “laugh for years” if I had been arrested and jailed for “eluding.”

This may be the end of our friendship – and I told him so.

I also told him – in the hope that it might register with him – that I would not laugh at all if he were manacled and caged by AGWs for harming no one but “illegally possessing” certain arbitrarily illegalized firearms, of which he has a plethora.

That I would cheer him for ignoring and “evading” such laws.

That I would defend him, if he defended himself against AGWs who attempted to enforce such laws upon him. 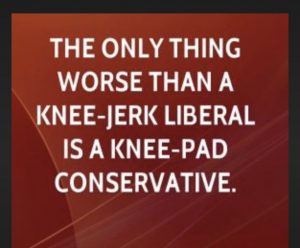 He continued his text fusillade – arguing that my driving faster than the government (and he) feels is “safe” constitutes a grave threat to his children and this justifies the enforcement of speed laws and also makes me a very bad person for violating them and a criminal, basically, for attempting (successfully) to avoid punishment  . . . for the harms I didn’t cause.

I pointed out that I could just as easily – were I a liberal “gun grabber” – express my dread and loathing – my feeeeeeeeelings about – his massive collection of guns, including a small arsenal of high-powered and very scary looking “military style” rifles, many with “high capacity” magazines that – surely – no one neeeeeeeeeeeeeeds. And which “someone” might use to cause my children – if I had them – harm and so ought to be pre-emptively taken out of circulation, in the interests of saaaaaaaaaaaaafety.

Note that neither can be objectively defined.

Unlike harm caused – which is a clear, inarguable standard because it is objective.

He replied that I “cannot control” all the various variables out on the road, which renders my fast driving ipso facto “unsafe.” With the implication being that he can control those “variables” when it comes to his guns. 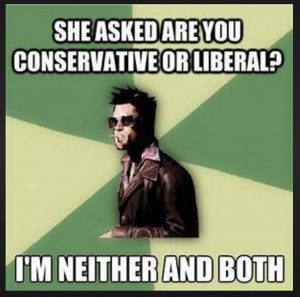 This could happen. Just as it could happen I glance away from the road for a moment and in that moment, fail to see a child who ran into the road in time to avoid road-pizza’ing said child.

What if he forgets he had a gun in his coat pocket and a child discovers it?

This, too, is at least a possibility.

What if he has a bad day and gets really angry and loses control of himself and goes on a shooting rampage?

Again, it is not impossible. 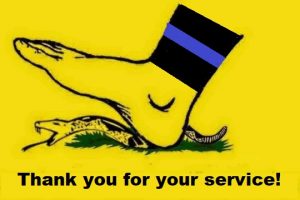 Just as it’s possible my driving faster than he feeeeels is saaaaaaaaaaafe might  or at least could result in loss of control, striking another car – etc.

But for the conservative, there is great confusion – deliberate blank-out – over the difference between what if – and actually did. The former is used by liberals and conservatives to justify interfering with – and punishing – people who haven’t actually caused any harm.

But conservatives don’t see the danger.

Which is why conservatives have such trouble with the concept of rights – which they have never understood – and so, of course, cannot intelligibly articulate them much less defend them.

My friend’s record of responsible gun ownership, his lack of any criminal record – the objective fact that he has not caused harm – doesn’t not matter . . . to the gun grabber. Just as my objective record of decades of accident-free driving (and training and experience behind the wheel at least equivalent to my conservative friend’s training and experience with firearms) do not matter to him.

These are precisely the tacks used by the left to restrict/rescind the gun rights of conservatives like my friend – and to punish him for end-running or ignoring, which arouses his indignation.

Rightly so, as I told him.

But he is only bothered when those tacks are used to rescind the rights which are important to him. He is an absolutist when it comes to “gun” rights . . . a full-throated Libertarian, who seems to grok that his rights aren’t negotiable, especially on account of what if and someone might. 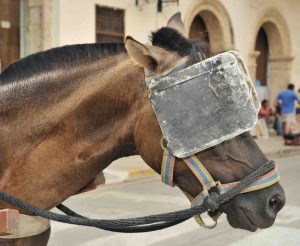 But he is a typically glaucomic conservative with regard to his view of rights as such.

Such as the right to be free to travel without being accosted by an armed government worker for not having caused harm to anyone.

He is not only indifferent to that right but hostile to those who object and take measures to defend their rights – regardless of the law.

This is why conservatism is a losing political/moral philosophy. It has no principles; only certain beliefs – in guns, for instance. Because it likes guns. It does not like “speeding.” Or the consumption of various arbitrarily illegal drugs – another lip curler – and cheers when those who ignore such laws are manacled and caged . . . for not causing any harm to others.

Most conservatives also fetish-worship armed government workers – the enforcement division of the government they say they distrust and seek to “limit.” The apotheosis of cognitive dissonance.

Conservatism, in sum, is just as bullying and collectivist as liberalism – only not smart enough to understand it shares the same principles.

No More Chrysler 300 – and Guess What’s Replacing it…