Ron writes: I always enjoy your articles and even though I’m 74 years old, I still think driving should be fun – and I drive my old cars to their limits whenever possible. I’m a Libertarian and do not believe in a “god” or anything incorporeal for that matter, so I don’t credit “divine intervention” for anything I’ve written below.

I’ve bought two Valentine V1 radar detectors that have saved me from at least two speeding tickets, and each time I buy one I always credit you and your website to Valentine Research Inc for the purchase.

My first taste of freedom was when I bought a “Mustang” motorcycle from a friend when I was about 13 or 14 years old for $400. I lived in the country (Central California) and I rode that bike (a four stroke single cylinder engine) all around the countryside and nearby mountains for months without a thought to its expired license tag or my lack of a drivers license – and it would do 65 or 70 MPH easily. My downfall was when I was riding it to summer school for extra high school credits in preparation for college when a cop (Pig) pulled up behind me and pulled me over. It was one of the saddest days of my life, because I wouldn’t be old enough to get a drivers license until I was 15.5 years old, so I had to sell the Mustang.

During my unexpectedly lengthy lifetime I have experienced four “near death” episodes on the road. The first was when I was headed to Wrightwood, California on Highway 2 (the Angeles Crest Highway) to work on a telescope there. Not long after I had left La Canada-Flintridge, headed east on the mountain road, cars were lined up bumper to bumper going in the other direction headed to work in Los Angeles. I was the only car on the road headed east, when suddenly this bright red Corvette (I think that’s what it was but this happened so fast that I didn’t have time for a good look) came speeding around all these literally bumper to bumper cars apparently thinking that he could pass miles of other cars without encountering anyone going the opposite direction (me). There was nowhere for him to go, and he was going too fast to slow down or stop. Normally there is a sheer cliff on the side of the road that I was on, but very fortunately for me at that particular point on the road there happened to be just enough of dirt on the shoulder of the road for me to pull onto without going over the cliff. That red Corvette (or whatever it was) zoomed between my 1983 Toyota Supra and the bumper to bumper cars on the other side of the road at what must have been at least 60 mph within probably only one or two inches to spare on either side.

The second was when I was young (about 21 years old and with a valid drivers license, government approved license tags, etc.) and riding a Yamaha 360 Enduro bike when this old woman in a big green Cadillac looked straight at me, and then proceeded to pull right in front of me to make her left turn. She stopped right in front of me before turning. I laid that bike down to the right and then to the left so quickly and so far that my knees almost touched the asphalt and came within one inch of her rear bumper, but I survived.

The third was when I was teaching a Chinese lady I had recently married to drive a small compact car that I had purchased for that specific purpose because it had good visibility all around. She had a learners license, but apparently I had neglected to mention to her what the yellow “Slow” signs meant when approaching a curve (my own mistake). Just as the forest road we had been on merged with the old route 66 just west of Klamath falls, she vastly over corrected and headed the car directly across the road ahead instead of turning right on Route 66. It was a seldom used road, but very fortunately there just happened to be an oncoming car directly in her path, so she over corrected to the right and smashed into a large and jagged rocky boulder on the right side of the road near the side of the mountain shredding the right front tire. When we stopped I got out of the car, walked over to the other side of the road that we would have gone over had it not been for the oncoming car, and looked straight down for what must have been at least a half-mile. There were no barriers at all separating the road from the cliff. I walked back to the car, changed the tire and we drove home without saying a word.

The last near death experience was my own stupid fault. The road ahead looked clear when I tried to pass an 18 wheeler semi-trailer truck with my turbocharged Nissan 300ZX but failed to realize that we were on a slight uphill grade. When I was almost past the truck (just alongside the cab) I noticed a vehicle far up ahead.  I had to make an instant choice as to whether to hit the brakes and fall back or to keep the accelerator pedal to the metal and try to complete the pass. Most truck drivers are nice guys and I have a great deal of respect for them, but this asshole I was trying to pass actually sped up as much as he could! By then it was too late to hit the brakes and fall back, so snugged up to that truck so close that I was almost touching it and fortunately for me the driver of the oncoming car was skilled and had just barely enough room to squeeze by to my left safely. I was certain I was going to die that day and possibly kill or injure the driver and passengers of the oncoming vehicle as well, so I do try to drive a little more cautiously these days. I don’t have any specific question for you, but I wonder if you have any similar stories of your own to share, or for that matter what advice you might have given me to avoid the “near death” experiences I’ve had (except of course for the last one which was clearly due to my own stupidity in overestimating the capabilities of my car and the road conditions).

My reply: I have several! Here’s one:

Back in high school – this is the ’80s – a friend of mine managed to buy a ’71 Plymouth GTX 440 four barrel. This thing was stupid fast . . . for stupid teenagers! Well, we stupid teenagers were out one fine night, me behind the wheel – as the acknowledged best wheelman among us – when a brand-new Corvette sidled up and wanting to race. We were cruising on I-66, just outside DC – for those who know the area. Anyhow, the ‘Vette did the ol’ back-and-forth, to indicate his indications – the nose of his car jumping forward as he stabbed the gas, then settling down as he eased off.

At this point, we are both doing 60-ish. 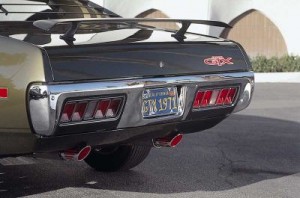 I mash the gas and the GTX practically went ballistic. This thing was . . . stupid fast. Especially on those 14×7 Hurst mags and those wasted shocks and that infamously awful Chrysler torsion bar suspension.

But we were ahead of the ‘Vette. I looked at the 160 MPH speedo. It said 130 and rising. And so was the front end. I felt the air under the tires. The steering became as useless as Bismarck’s jammed rudders. Thank god the road was straight – or that would have been it for all of us.

I eased off the gas, prayed to the gods of wind resistance. For a few moments, the end was palpable. Then the needle began to go back in the other direction. Around 115 or so, the steering began to feel connected to something other than air again. I oh-so-gently feathered the (drum) brakes. The GTX settled down. 80, 70… safe.

We made it. But only just barely!