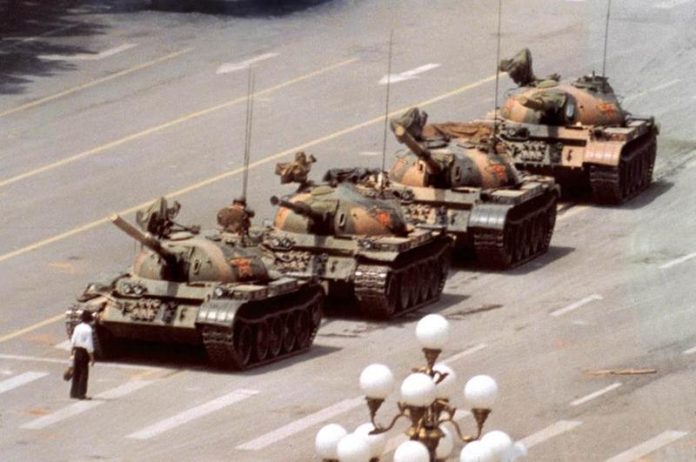 A reader sent in a question that is the question of our times; I post it and my reply in the hope that it may cause people to breath and think rather than feel and screech:

I’ve enjoyed many of your articles in the past, as I have much of the same distrust in government as you do, so I’ve taken special interest in your take on the COVID-19 pandemic and the resulting “Coronaphobia” as I call it, that’s force-fed to us by the governments of the world and mass media.

I feel like a pariah at times because I don’t buy into all this “we’re all gonna die” freak out.  I live in Ohio and the governor here, just like yours, issued a “stay home” order (no vote, not even a representative one by the legislature, just a series of orders) on the advice of an unelected, politically appointed “health director”.  I work in the financial sector and am considered “essential business” so I still go to work at least until my company figures out how to get us working from home).

Yesterday I was off and went to the metropark to walk the trails (the parks themselves, just not the buildings) and there were a lot of people there, just walking like I was, taking their kids, walking dogs, etc.  Last night on the parks’ Facebook page, many people were posting pictures of people “not practicing social distancing” and saying others should report these people to a ranger to get cited.  When someone pointed out it was their right to peaceably assemble, they were met with responses of “so what?  this is an emergency!”  One of the guys at work said today (completely straight-faced) “this is just inconvenience, no one’s losing any money — the government is going to cover everything for us.”

I feel this hysteria is based on “junk science”, misinformation, and fearmongering.  Those who express this, though, are told “it’s not about you” and that they need to be willing to “grow up” and realize the sacrifice of freedoms is temporary and necessary.  I think, as you’ve said, people need to make their own decisions about levels of risk they’re willing to accept and take what precautions they believe necessary — not have politicians and their hand-picked “advisers” make those decisions for them. So as to my question— I guess it would be, what’s the best way to communicate these thoughts to friends and family who are caught up in this “Coronaphobia”?

Most people I talk to are like the guy at work; they believe government is a benevolent “protector” who has their best interests at heart.  Is there any hope to get though to them, or do they just have to figure it out themselves— and hope it’s not too late?

Thanks for being a reasonable voice in all of this!

These are the times that try men’s souls . . . to borrow a line.

People in this country have been thoroughly conditioned to respond like Pavlov’s dogs to fear – the presentation of a threat, invariably hyped, to not only get them to accept outrageous reductions in their liberty (and yours and mine) but to demand it.

Remember Nahhhnnnnlevven? When the “enemies of freedom” struck? The public – most of it – practically begged to be Patriot Acted and crotch groped for the sake of saving them from ululating “extremists.” Twenty years later, we’re still being groped – and scanned.

Then came the climate “crisis” – using the same techniques. Any who questioned a punctuation mark of the narrative were – and still are – characterized as “deniers.” Portrayed as dangerous and even criminal people for daring – cue Greta Voice – to do so.

The only thing we can do is to dare to do so.

They have fear and pressure. We have facts and reason. It is a confession of the weakness of an argument when it is necessary to force it on people. The Coronaphobes are hysteric because they’re weak-minded. 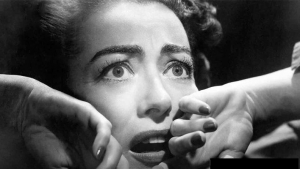 Ay, but there’s the rub.

The weak-minded are genuine in their Fear – just as they were in the aftermath of Nahhhnnnlevven, when the “enemies of freedom” struck and “mushroom clouds” were looming . . . unless they dropped their pants and spread their legs and let the government have its way with them.

“The government” being nothing more than other people with titles and self-anointed legal authority premised on the greasy (and false) idea that we have consented to it. Which of course, we have not – as evidence by the fact that you and I and many others have no desire to self-arrest or arrest anyone else on the basis of a bug that may get some of us sick and might kill some of those who may get sick.

Which brings up the opportunity to ask the Coronaphobes a few questions, such as where are the stacks of bodies of otherwise healthy people?

Yes, a number of elderly people and people vulnerable to any respiratory virus have died.

Does it follow that everyone is going to die? Well, yes – they will. Eventually. From one thing or another. But most not while they’re young and healthy and not from Corona.

Have they, in fact, been dying . . . from Corona, I mean ? No, they have not. Just “cases” – i.e., getting sick. Many just barely. Many unnoticeably – their “cases” not included in the tabulations, especially the death projections. Which are exaggerated because they are based on the number of “cases” reported – which is probably a much smaller number than the number of people who actually have or have had but not reported – as with the flu.

If the elderly and those with underlying conditions are at great risk, why not urge (but not force) them to stay home/take precautions? Is it reasonable, fair or sane to shut down society – to destroy the economy and with it, the lives of pretty much everyone – because some people are possibly at risk of getting more than a nasty cold? 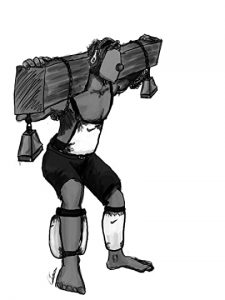 Do we Harrison Bergeron the country? Cripple the able? Blind those who can see? Enstupidate the bright? It is being done – and it is why we are here.

It’s too bad most don’t and probably won’t.

Which leaves it up to us who are not Coronaphobes to make Coronaphobia an object of ridicule as it ought to be. As cringing under the bed in fear of “Islamofascism” and “weapons of mass destruction” became objects of ridicule . . .  once the hysteria died down a bit.

The same will hopefully happen this time.

If we can play for time.

One brave soul stood up to a tank once upon a time – and changed everything.

People with weak minds will not be brought back to reason with facts or logic. But they do have eyes and when the bodies of otherwise healthy people are not stacking up and it becomes clear that Corona is a real but much-exaggerated threat and threatens a specific subset of the population that ought to take reasonable precautions in any flu season and regardless, because they are vulnerable – but the rest of us clearly are not, at least as regards dying from Corona – then maybe there is a chance to prevent this train from going off the cliff.

Which bears thinking about, too.

An Ode To Two Strokes