At the dawn of the automobile age, gasoline was the up and coming “alternative fuel” – vying with electric batteries and steam power. Gas ultimately won out, of course. But now that we’re running low on unleaded – or at the very least, getting sick of paying $3 per gallon for it – a variety of 21st century alternatives to gasoline are entering the pipeline.

Essentially, alcohol created from vegetable matter and mixed with gasoline or used undiluted and “straight up.”

Most of the “gas” sold in America today is actually only 90 percent gasoline; the remaining 10 percent is ethanol. No special modifications to the vehicle are needed (although older cars with carburetors instead of fuel injection – mostly, models built before the mid-1980s – may need to be adjusted slightly to compensate for the high alcohol content of modern “gas”).

E85 is 85 percent ethanol, 15 percent gasoline. GM and Ford both offer E85 compatible new cars and trucks designed to safely use this fuel (they can also run on regular gas when E85 is not available; however, you should never use E85 fuel in a standard vehicle not made to operate on E85).

The advantages of ethanol-laced gas and E85 include lower emissions of unburned hydrocarbons (which form the precursors of smog) as well as the potential for a significant reduction in U.S. dependence on non-renewable, petroleum-based fuels such as gasoline. Most vehicles can be set up to operate on E85 at relatively low cost and there is no loss of performance or power. Another nice thing about E85 fuel is that it degrades quickly in water and therefore presents a much lower risk to the environment than an oil or gasoline spill. (See http://www.e85fuel.com/index.php to learn more about E85 and ethanol fuels.)

Vegetable oil can cook your fries as well as power the vehicle that gets you to the drive-thru. An interesting fact of history is that diesel engines were originally designed to run on vegetable oil – peanut and linseed oil – not petroleum-based diesel fuel. And they can run on vegetable oil just as well today, too.

Biodiesel is not the same as raw (unprocessed) or waste vegetable oil, the stuff fast food joints use to cook with (though that can be run in diesel engines, too). It is, however, made from vegetable oil – with its chief advantage being that it can be used in any compression-ignition (diesel) engine with little or no modification necessary (the use of unprocessed raw vegetable oil in diesels requires pre-heaters and other fuel system upgrades).

Biodiesel is also less toxic than table salt — and biodegrades as fast as sugar. ( See www.biodiesel.org for more information about biodiesel fuels.)

Electric cars were first sold almost 100 years ago and are making a comeback today with models like the Chevy Volt and Nissan Leaf, among others.

The idea of eliminating combustion engines entirely has always had tremendous appeal. However, engineers have not yet overcome the problems of high up-front costs (the 2011 Chevy Volt has a sticker price of $41,000), limited range (the 2011 Nissan Leaf can go about 100 miles before its batteries need to recharged), extended recharge times (several hours/overnight) and relatively poor performance compared with gas-powered (or diesel) vehicles.

There are also environmental issues remaining to be dealt with – including the storage/recycling of hundreds of pounds of toxic/caustic materials in the battery packs and the emissions produced by the coal and oil-fired powerplants that produce the electricity used to charge those battery packs.

Still, the latest crop of electric cars are light-years improved over earlier efforts. The Volt, for example, is capable of carrying a family of four (instead of just two people, like the 1990s-era GM EV-1) and because it carries its own on-board generator (a small gas engine that isn’t connected to the drive wheels) the Volt has an operating range more than three times as long as the old EV-1’s.

This technology uses a fuel cell to generate electricity, with liquid hydrogen as the fuel. The electricity produced by the catalytic reaction in the fuel cell powers electric motors, which propel the car. Unlike traditional electric cars, which have to be plugged in to recharge their batteries, a fuel cell vehicle creates its own electricity and so is independent of charging stations.

Hydrogen is an abundant element and the energy produced by a fuel cell is 100 percent free of harmful byproducts (water is the primary “emission”). However, practical problems remain to be overcome – the biggest obstacles being the economical mass production of pure hydrogen and the second being the infrastructure (pipelines, refueling facilities, etc.) necessary to get the hydrogen to end users safely and efficiently. But several automakers – including General Motors and Honda – have prototype fuel cell vehicles under development and we may see a breakthrough sometime during the next 5-10 years or so. (see http://www.eere.energy.gov/hydrogena…ls/basics.html for more information about fuel cells.)

Like hybrid gas-electric vehicles, the use of compressed natural gas (CNG) is seen as a workable intermediate step between conventional gas-burning cars and a future form of propulsion which doesn’t use gasoline at all (such as a fuel cell or electric car). The U.S. has vast reserves of clean-burning Compressed Natural Gas (CNG) and it is relatively easy to 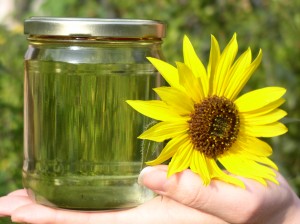 modify a conventional car engine to operate on this fuel. In addition, some of the necessary infrastructure (pipelines, etc.) to get CNG to end users is already in place – because CNG has long been in use for home heating purposes and so on.

GM, Ford and Chrysler have been building CNG-capable cars and trucks for several years – and offering them for sale to both private individuals and municipal fleets. The cost per car is roughly $1,500-$4,000 more than an equivalent , gas-only version of the same vehicle. (See http://www.cngnow.com/EN-US/Pages/default.aspx).