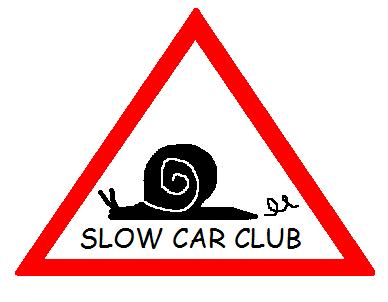 What’s a Clover? It’s a person who needs some help behind the wheel – but doesn’t realize it. To put a finer point on it, a Clover is a person who thinks you’re the one who needs the help.

Take this test to see whether you’re a Clover:

* Do you routinely find yourself at the head of a long line of cars?

Clovers don’t make the connection between the angry ribbon of vehicles attached to their bumper and the (slow) speed they’re doing – typically, because the Clover isn’t even aware they’re there, because Clovers only use their rear-view mirrors to help them pick out pieces of food stuck in their teeth. If they do happen to notice all the cars stacking up behind them, the Clover’s reaction is: They’re speeding; they shouldn’t be in such a hurry. The one thing a Clover will not do – the 190 proof essence of Cloverism – is pull off to the right to let all those other cars get past him. To the Clover, his speed is the right speed – for everyone.

Not just slightly. A Clover is known for his (or her) fear of curves – a fear so great it causes the Clover to stab the brakes like OJ laying into Ron Goldman at the slightest hint of curvature. The most gentle sweeper will compel the Clover to drop speed from 55 to 40 – the conception of a Conga Line. Before long, there are six or seven cars stacked up behind the Clover – and a trip that should have taken 15 minutes is now a 30 minute form of vehicular waterboarding. The Clover is convinced he’s being “safe” – and that all those other drivers are “dangerous.” It never occurs to the Clover that maybe all those other drivers are just trying to get where they’re going sometime today – and that perhaps his slow-motion curve-taking is a clue that he’s got an issue with being overcautious (as well as inconsiderate; again, the Clover won’t just pull over – everyone else must travel at the Clover’s speed).

Here are some video examples of Cloverism:

Random braking for no good reason is another Signature Move of the Clover. He brakes for curves. He brakes for straightaways. He brakes when he sees another car coming in the opposite lane. He brakes all the time, without rhyme or reason. And he never brakes smoothly. Smoothness is a concept foreign to the Clover. Instead, the Clover does the herky-jerky. Braking suddenly and randomly – followed by just as sudden acceleration – followed up by another just as sudden and just as random slowdown. A key attribute of Cloverism is unpredictability. Other drivers can never anticipate what the Clover is going to do next.

Except, of course, pull over.

* Raise your speed when someone else tries to pass?

You know you’re in Clover Country when the clown up ahead that you’re trying to pass (because he’s been driving 5 MPH below the speed limit – slowing for the curves) accelerates as soon as he sees you’re trying to get around him. The Clover takes umbrage at you for wanting to get by. It’s not merely that he wants to drive like Mr. McGoo. He wants you to, too. The irony – lost on the Clover – is that to achieve his ends, he must speed – thereby becoming that which he claims to oppose. The one time a Clover might do some good by slowing down – in order to let you get past him faster (and therefore, more safely) he naturally speeds up. And just as naturally – for a Clover – he will slow right back down to 5 MPH below the speed limit the second he’s successfully thwarted your passing attempt.

* Try to drive in snow when it’s obvious you can’t?

Winter weather is especially attractive to the Clover – in the same way (and with the same result) that a bright light attracts moths at night. The typical Clover will see six inches of snow on the road and say to himself: I need to drive my 1979 Caprice Classic with rear wheel drive and almost bald whitewalls to the Mall. For other drivers who aren’t Clovers, having to deal with Clovers in the snow is a lot like having to deal with sharks in the water after your ship sinks in the Pacific Ocean. It’s not the snow (or the water) that’s gonna get you. Perhaps like sharks – creatures driven by instinct to do what they do like biological machines, without thought or mercy – the Clover is compelled to make it impossible for anyone else to get where they’re going when it snows.

* Think everyone else is crazy?

This last one is the surest way to ID a Clover.  He (or she) will never in a million years stop to think that maybe it’s me. Maybe I do drive more slowly than most other drivers. Maybe I am a bit on the overcautious side. These thoughts never occur to a Clover. If they did, he (or she) would then not be a Clover. Because to have those thoughts is to have an epiphany: I should probably let that guy behind me pass; I will pull off to the side as soon as it’s safe. And: I see a car coming up behind me; I’ll put on my signal and move over to the right lane so he can get by. There is nothing shameful about driving at whatever pace you’re comfortable with, even if it’s slower than most of the cars around you. It’s not slow driving that makes a driver a Clover. It is a determination to make everyone else drive just as slowly, using your car to enforce your will.

If that’s you, then you’re a Clover.

How about pulling over. Just this once. It might even feel good. C’mon. What do you say?