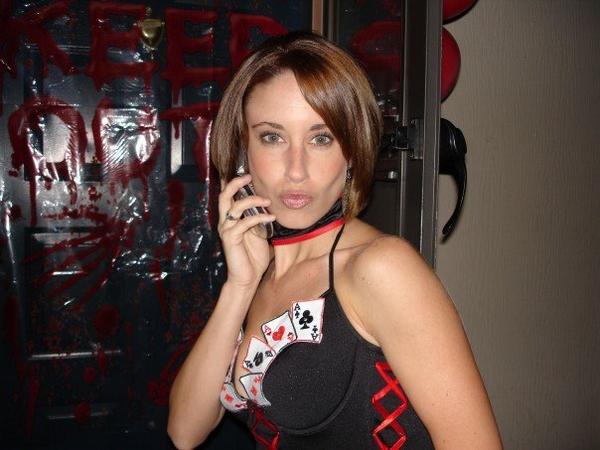 I know why child-killer Casey Anthony was found (cough) “not guilty.”

It’s the same reason why American drivers – most of them – will never dare turn right on red (even if the way is obviously clear) or pass a slowpoke over the double yellow, even if the double yellow used to be an official passing zone but was just recently painted over.

The American mindset has undergone a startling metamorphosis. I grew up in the ’70s, when WW II-era Bugs Bunny and Woody Woodpecker cartoons were still on the air, unedited. These cartoons reflected an American mentality that has been almost completely snuffed out. A don’t-trust-authority (and use your own best judgment) mentality combined with a BS detector of tremendous sensitivity. Bugs Bunny was a snarky individualist who busted balls – and took no ball-busting from anyone, even if they had a badge.

In fact, Bugs tolerated it even less if they had a badge or wore a black dress or some other Official Costume. Ditto Woody Woodpecker – the pre-sanitized, politically (very) incorrect version, anyhow.

Now we have a generation reared on Tele-Tubbies. Soft, passive. Wait to be Told What To Do.

And whatever you do, don’t think.

These are the people who sat as jurors for the Casey Anthony trial – the same people who will never disobey a No Right on Red sign or any other law, rule or edict. Because they’ve been well-trained (and increasingly, thoroughly doped-up since they were tots). Never exercise initiative. Don’t question.

In the trial, the hideous totality of evidence presented that Anthony killed her kid, then covered it up, counted for naught because the Jots and Tittles of The Law had not been satisfied – according to the tortured interpretation and admonitions of shyster lawyers. Instead of ignoring the shysters’ pedantic sophistry and using their own best judgment as to what really mattered – did this woman kill her kid? – they chose to follow The Law. If, for example, they were told by the man in the black dress to ignore damning evidence because said damning evidence was not presented in quite the proper way, they would actually throw a switch inside their heads and exclude said damning evidence from their (cough) deliberations. Reason – hell, common sense – never enters into it. Just whatever arbitrary construct The Law presents them as the template for their actions (and non-actions).

It’s the same mindset that causes decent people to forgo the means of self-defense if The Law says that only criminals may possess them. It never occurs to them that obeying The Law is less important than staying alive – The Law be damned.

The same mindset that instills the depressing automatic compliance which increasingly characterizes the Modern American – whether it makes any sense to comply or not.

The other day I was heading down the mountain (as we say around here) when I rolled up behind a CloverCluster. The leader was not a Clover – just a VDOT tractor with a long arm that was cutting overgrowth along the shoulder. Behind it were the Clovers – two of them. Neither would even try to pass the tractor, even though the sight lines ahead were good for more than a quarter mile. The official-looking VDOT tractor with its blinking orange lights was a dazzling incarnation of The Law to these Clovers. So even though the tractor operator was not a cop and had no power to cite anyone for anything – much less pursue anyone to present a citation – the Clovers cringed in deference, patiently awaiting to be told when it was OK to pass.

Not I. This Bugs Bunny-reared Gen Xer evaluated the situation, saw it was perfectly safe to pass – and did so. Double yellow (and orange blinking lights) be damned. Much to the absolute horror of the two Clovers, one of whom did the pathetic flashing of his car’s headlights and tooting of his horn at me as I sailed past. I have no doubt he spent the rest of the day angrily denouncing me as a reckless Law Breaker to anyone within his Roche limit.

I will not cotton to the first – but eagerly embrace the second. When a law makes sense, I abide by it. Interestingly, laws that make sense – especially laws that make moral sense – are laws we really don’t need anyhow. Because we should not need to be told by a law to do what is obviously right – and to not do that which is obviously wrong. Laws are mostly if not entirely for the Clovers. People who are no longer capable of exercising judgment (perhaps they never were) and who lack the capacity to reason a thing out and ask themselves: Is this harmful or not?

Non-Clovers don’t need laws to tell them not to steal, beat people up or commit fraud because they are intellectually and morally awake. Clovers are asleep, just as the Tele-Tubbies intended.

End result? Casey Anthony is free and soon to be a millionaire.

And you and I are stuck behind that Clover up ahead, who just won’t move over… .

Because it’s The Law!

Atlanta AGW Helps Herself to $500