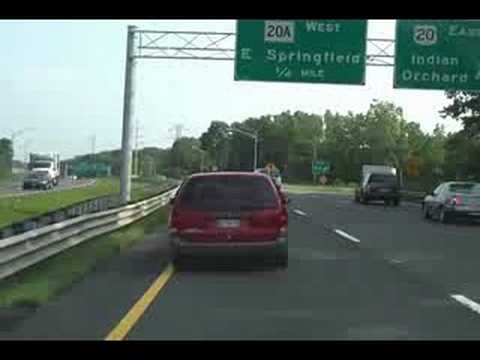 Lane courtesy – moving over to allow faster-moving traffic to get by – is a wonderful concept. But I’d take it a step farther: If you’re not passing, you should not be in the left lane at all.

That, at any rate, is the way it’s done in Germany – and for good reason. That reason being something called closing speed. If a Porsche turbo doing 140 comes up on a Fiat doing 80, the Porsche either better have excellent brakes (and its driver superior reflexes) or the Fiat driver had better notice the headlights getting much larger, much faster in his rearview – and get the hell out of the way in time.

To avoid such dangerous conflicts, German drivers are taught to use the passing lane only to pass – and not to set the cruise control and zone out, like so many American drivers unfortunately do.

That’s why the Germans can have unlimited speed Autobahns – and why we can’t.

We could have them. At least, from a technical point of view.

Our Interstate system was modeled on the German Autobahn and could safely support much higher speeds than are currently permitted. Even the national high of 80 MPH in a few areas of Texas is absurd when put into context. That context being, the designed-for speeds of the U.S. Interstate system – updated to reflect the advances in vehicle design over the past 60 years.

The starting point is 70 MPH. That is the average, routine speed of traffic envisioned by the Interstate system’s designers. Curves, lines-of-sight, merge areas and so on were laid out on that assumption. That most cars would be toodling along at about 70 MPH.

Implicit in this is that maximum safe speeds were higher.

Pre-PC, a “speed limit” was precisely that: The maximum safe speed for the typical driver in the typical car on a given stretch of road. A speed limit was not supposed to be synonymous with average, cruising along speeds – as they are today.

At any rate, the point is that 60 years ago – when the typical car was a plodding behemoth with balloon whitewalls, drum brakes, a farm tractor suspension and nothing in the way of electronic safety systems – the engineers who laid out the Interstate system deemed 70 MPH average speeds well within the design parameters of the road – and of the cars of the era.

We’ve only recently seen speed limits go back up to about what was recommended – and posted – 60 years ago.

When you factor in the galloping advances in everything from tire design to high-capacity four-wheel-disc brakes with ABS and passenger cabins built to withstand impacts better than the race cars of the not-to-distant past  – well, 70 (even 80) seems awfully slow.

Yet – again – cars of the mid-late ’50s and ’60s, which were crap compared with any modern car – including the lowliest 2012 model year economy car – were regarded as being capable of comfortably, routinely, handling 70. But we’re told modern cars can’t handle 80 or 90. And that even 70-ish is pushing it. (In fact, in many states, driving 80 MPH or faster is statutory “reckless driving.” Really.)

Modern drivers who don’t use their mirrors – or do, but just don’t care (and absolutely won’t move over). Who consider it their American Idol watching, Football-worshipping, god-given right to park their car in the left lane, set the cruise control at precisely the posted speed limit – and ignore whatever’s going on behind them.

Thus, we have the problem of speed variance.

It’s not so much that some cars are traveling at higher rates of speed; that isn’t a problem if people maintain lane discipline – and pay attention. If slower-moving drivers scan their mirrors and anticipate the need to move over – and do so – before the overtaking car is forced to jam on his brakes. Speed variance only becomes a problem when slower-moving drivers refuse to yield, or wait until an overtaking car is right behind them before they even put on their signal – causing faster-moving traffic to decelerate suddenly or take evasive action to get around the slow-mover.

Cars bunching up and up jockeying for position is what creates the safety hazard; not some cars moving at a higher rate of speed than others.

If the left lane was understood to be for passing only; if American drivers could be taught to reflexively defer to overtaking traffic rather than viewing such as a threat to their personal space and doing all in their power to impede it – well, then our speed limits could be real limits and we could drive faster, legally,  in 2012 than people did back in 1960.

Don’t look for it to happen anytime soon.