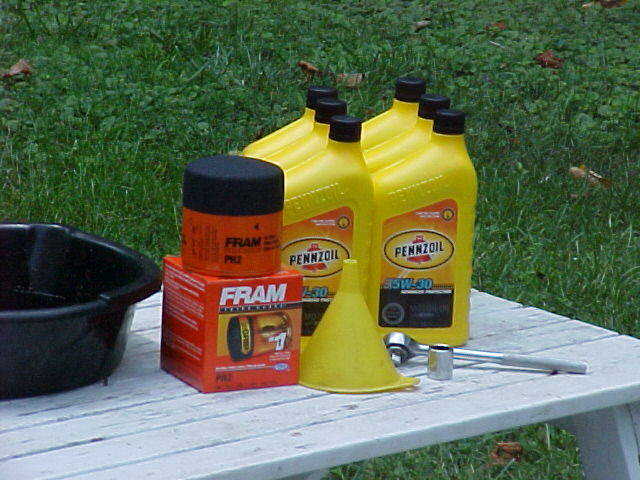 The articles one finds online try very hard to be definitive – which is why they’re often inaccurate. For example, I recently came across an article that stated with the certainty of the Dear Leader that “savvy car owners know that changing the oil on their vehicle every 3,000 miles is overkill and a waste of money.”

And also that “…most vehicles built in the last twenty years can go 7,500 to 10,000 miles before a change of oil and oil filter is needed.”

The honest answer about oil and filter changes is – it depends.

It depends, for one, on your particular vehicle. And it also depends on how that vehicle is driven – including when it is driven, how often (or not) and under what conditions. It depends on the type of oil and filter you use, too.

The universal statement that you are “wasting money” if you change your oil every 3,000 miles could lead to wasting a lot more money – on engine work –  if it goes against what’s right for your particular car.

If you have a car built before the late 1980s, for example it may still be necessary to change the oil every 3,000 miles – just as the factory  recommended when it was new. The chief reason being that cars of this vintage (and older) have carburetors rather than fuel injection, which is a less precise way of metering fuel to the engine. Rather than a high-pressure mist, fed to the engine in just the right ratio, a carburetor may be running “rich” (feeding he engine too much gas) and some of the gas may still be in liquid form. Too much gas – and any “raw” gas –  will often make its way to the oil sump in the bottom of the engine, where it will act as a solvent, washing the protective film of oil off critical parts and diluting the oil’s ability to protect the engine.

You don’t want gas in your oil – and only draining it will get rid of it.

Or, your vehicle may be newer and equipped with EFI – but also have a lot of miles on it. In which case, the engine may not be as tight as it was when new. In which case, contaminants (such as blow-by, which gets past worn piston rings) accumulate in the oil faster than they used to . In which case, you ought to shorten oil/filter changes to extend the useful life of the engine as well as get optimum mileage out of it.

Second, how do you drive it?

A car that is infrequently driven should have its oil changed more often even if the miles haven’t accumulated to the recommended changeout interval – for similar reasons to those discussed above. Corrosive acids and condensation can form inside a lightly-used engine and if it’s not boiled off by use (or captured by the filter as the oil circulates through the system) it will accumulate to the point that the oil needs to be drained to get the contaminants drained. Lightly-used engines are also more prone to sludge build-up.  If you have a vehicle you just use to run to the store that’s a mile down the road and back – and that’s it – you probably ought to shorten your oil/filter changeout intervals.

And of course, the opposite sort of use – that is, hard use – is another reason to reduce service intervals. Most automakers specifically recommend this in the owner’s manuals they give you with the car. The problem is that some people don’t read the manual and so have no idea that their slow-motion, bumper-to-bumper commute to work and back each day constitutes “severe” or “heavy duty” use – and that the advertised 5,000 or even 10,000 mile changeout intervals are only for “normal” driving conditions. Read your manual.

Type of oil and filter –

This one’s probably the most important factor of all. If you use the lowest-price, bulk-bought, no-name-brand, who-knows-where-it-came-from oil and filters you could be risking engine damage just be starting it – let alone using that stuff for 5,000 or (forget about it) 10,000 miles. Especially if your car was designed to use semi (or fully) synthetic oil and high-performance filters. In fact, using less-than-the-minimum recommended quality of oil, or a filter that does not meet the vehicle manufacturer’s specifications for flow or size of particles captured, pressure capacity, durability, etc. can void your warranty coverage and leave you holding the bag (of parts) if your engine grinds itself to death as a result of an oil or filter-related failure.

There is also the issue of viscosity – thickness, or flow resistance. Modern engines have very tight internal tolerances, which is one of the reasons (in addition to reducing friction) why the vehicle’s manufacturer may recommend a very specific viscosity, such as 5W-30 rather than a heavier 10w-40. If you make the mistake of using the heavier oil because “it’s what they had” or “it was on sale,” you may end up learning the hard way – the expensive way – how important it is to use the recommended viscosity oil, as well as the recommended quality oil.

Conversely, if you use very high-quality oil – especially semi and full synthetics and top-drawer filters such as those made by Ames, Mobil 1 and so on – then you probably can go for longer (and run your car harder, too) without much, if any, risk to your engine.

Synthetics will usually give you noticeably better cold-start performance and driveability, too. But they’re expensive – typically 40-50 percent more per quart than conventional mineral oil. Ditto the filters.

So, the Catch-22 here is that while you can go longer between oil/filter changes, each oil and filter change will probably cost you significantly more. In the end, your net cost may be about the same – though you’ll save some time by not having to change the oil/filter quite as often.

Whichever type/brand of oil (and filter) you use, be absolutely sure it meets the vehicle manufacturer’s minimum SAE requirements  before you use it. The SAE rating will be listed in your vehicle owner’s manual. (see here for more info).