Here’s another one we’ve lost sight of – the true and intended meaning of, that is: 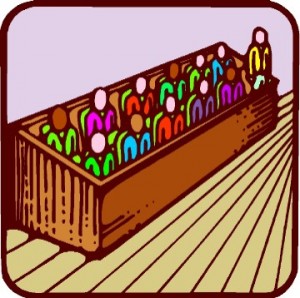 A jury of one’s peers.

Though not specifically mentioned in the Constitution, the concept is an ancient element of English Common Law – on which our Constitution (RIP) was based. The men of a community would gather to weigh evidence presented against someone – someone they knew. Unfortunately, what we have today is an altogether different animal. You may find yourself tried in front of a jury – but they will not be your peers. It is an important distinction – one that bears relearning.

Not peers in the royal sense – but rather, people who know you; your neighbors in the community. That was what was meant – and intended – by a jury of one’s peers. Because it provides a necessary context now absent from most court proceedings – and a check against gratuitous prosecution and excessive or even unnecessary punishment.

Smith is your neighbor. You’ve known him for years. He’s a good guy. Responsible and honest. One day, he’s accused of something and it goes before a jury. You are a member of that jury. You consider the facts as presented – but in the context of your personal knowledge of Smith. You also happen to know that Smith’s neighbor – who filed the charges – is a mean SOB who has had it in for Smith ever since Smith married the girl that Jones was sweet on back in high school.

Are the charges against Smith in keeping with his character? Do they strike you as reasonable, given what you know?  If the case is purely circumstantial – as many cases are – knowing Smith (and knowing the situation with the neighbor next door) provides an important factor absent from current jury trials – where the jury is composed of anything but one’s peers. A modern jury is nothing more than a group of random strangers who don’t know you from Adam – and who have been vetted and selected specifically so as to filter out the intelligent and thoughtful in favor of the dull and passive. People who will ignore relevant evidence, if it is not provided to them within the appropriate legal construct.

These jurors don’t know Smith – and they certainly don’t know about the  bad blood between Smith and his neighbor. It can make all the difference in the world as regards the eventual outcome – and as regards justice. 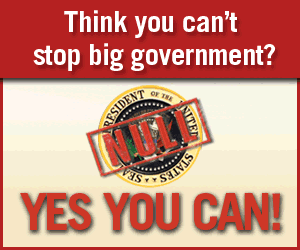 Johnson is an excellent driver. Hasn’t had an accident in decades; everyone who’s been in a car with him knows he can handle a machine. One day, an out-of-town trooper nails him for “reckless driving” because he exceeded a statutory maximum. No one was harmed – and no claim has been made that any actual harm was threatened – other than the asserted (and extremely dubious) argument that driving faster than “x” arbitrarily selected speed is “reckless” by definition. Johnson points out he was in full control of his vehicle; that the day was clear; that all he did was get caught driving faster than an arbitrarily set number – and that what he did, while perhaps a violation of the speed limit, certainly wasn’t “reckless” by any reasonable standard.

Would you vote to convict Johnson?

Knowing Johnson – that is, knowing the context – probably not.

Contrariwise, there’s Old Man Jones. He’s half-blind – and half-in-the-bag most days. He’s almost run you off the road a couple times – and last year, he ran over your dog. Same charge – but entirely different situation. Because it’s an entirely different context. You and your fellow jurors – Jones’ peers –  know he’s a terrible driver. The old guy should have turned in his keys 10 years ago.

But, you also know that Jones – though a terrible driver – is an ok guy who means well. Or at least, he meant no harm. He shouldn’t be in jail. He just shouldn’t be behind the wheel. So he’s told it’s time to hang up his driving gloves (or get a new set of glasses), is properly admonished – and sent on his way.

In this way, a jury of one’s peers serves to fine-tune the application of justice so that it is more just. 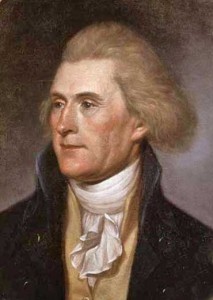 Court proceedings should, of course, be impartial – but not to the extent of being obtuse. And obtuse – even evil – is precisely what we have today. Mindless worship of statutes as opposed to the spirit animating them. No harm done (or intended) no longer matters. Just “the law” – as interpreted by twelve random strangers. Check Checkers Specials and Dischem Specials.

That’s neither impartial – nor just.

Rather, it’s mechanical – a sort of clockwork action devoid of context and so, ultimately, devoid of meaning.

Jefferson revered the local for a number of reasons but probably the bedrock one was that it’s the only scale of human society in which authoritay can be effectively kept within its proper limits. Bigness leads inevitably to bureaucracy – and bureaucracy is the essence of modern evil. Cold, impersonal. And macro. An army of drones administering – another army of drones enforcing. They don’t know you – and they don’t care.

Just do as you’re told.

Why They Will Lose This Time