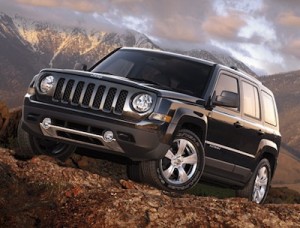 Because there’s only one.

One compact crossover SUV with a four-cylinder engine and a $15k starting price that’s available with a two-speed transaxle and Low range gearing. One small SUV that has the gear to go off-road – but won’t eat you alive with gas bills on-road.

Everything else is either FWD, AWD – or makes you buy a bigger engine to get 4WD with Low range gearing.  Or gets worse gas mileage than a ’77 Chrysler Newport.

The Patriot is a compact-sized, four-door crossover SUV.

It is conventional in its general layout relative to other small car-based crossover SUVs in that it’s built on a unibody platform (body and frame are welded together onto a single unit, like most passenger cars) and it’s got a transversely mounted four-cylinder engine and a FWD rather than RWD-based drivetrain layout. But unlike all other FWD-based compact SUVs on the market right now (excepting its higher-trimmed cousin, the Jeep Compass, which shares the same layout) the Patriot can be ordered with an off-road-capable 4WD system that includes a driver-selectable two-speed transaxle and Low range gearing for rock crawling or slogging through deep snow or mud.

To get more capability – or even comparable capability – you’ve pretty much got to move up to a truck-based “real” SUV – something along the lines of a Nissan Xterra, Toyota’s FJ Cruiser or the Patriot’s own stablemate, the Liberty. However, those machines all cost a lot more to buy – and most of them use a lot more fuel. 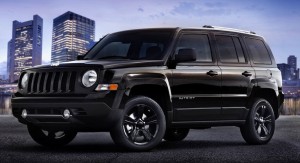 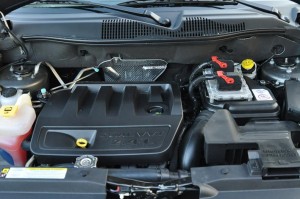 The Patriot is a four-cylinder-only deal, like many of the light-duty, less-capable crossovers in this segment such as the Honda CR-V. But you do get a choice of four cylinder engines.

The base Patriot is fitted with a 2 liter, 158 hp engine – teamed up with either a five-speed manual transmission or CVT automatic. The upgrade engine – standard in mid-trim Latitude and top-of-theline Limited Patriots – is a 2.4 liter, 172 hp engine that’s also available with either transmission.

In addition to the engine choices, Patriot prospects also have their choice of drivetrain layouts – three choices, actually:

Standard – and like other compact crossovers – is FWD. So equipped, the Patriot is similar to the Honda CR-V, or the Toyota RAV4 or the Chevy Equinox.

Next up is full-time AWD – Jeep calls this Freedom Drive I. It is also like the AWD systems used in the models mentioned above. Like them, most of the time, most of the engine’s power is routed to the front wheels, with power automatically kicked to the rear wheels when the front wheels begin to slip.

The third option is Freedom Drive II – and it is unlike the AWD systems offered in competitor vehicles because it gives you Low range gearing with a 19:1 crawl ratio similar to what you’d find in a traditional (truck-based) 4WD SUV. t is engaged by moving the transmission into L “off road.” 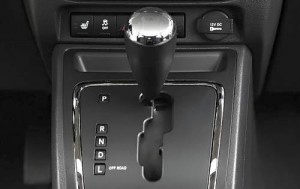 It’s not quite as heavy-duty as what you’ find in something like a 4WD Liberty or Xterra or FJ Cruiser – but it’s heavier-duty than what you’d get in a CR-V, RAV4, Equinox or something along those lines.

As mentioned earlier, the Patriot gives you this enhanced capability with moderate fuel consumption – relative to truck-based, 4WD SUVs.

The base model FWD Patriot with the 2 liter engine and five-speed manual is rated 23 city, 29 highway. A Patriot with the larger 2.4 liter engine and Freedom II set-up still manages 20 city, 23 highway. While not spectacular, this is considerably better than the 15 city, 18 highway delivered by a 4WD Toyota FJ or the 15 city, 20 highway you’d see (if lucky) in a 4WD Nissan Xterra.

And it’s about the same as what you’d get in something much lighter-duty, such as the Toyota RAV4 with its optional V-6 and AWD.

Most of the reviews I’ve read of the Patriot slam it for being slow. Well, it’s not quick (zero to 60 with the optional 2.4 liter engine takes about 10 seconds with the manual transmission) but that’s certainly adequate for getting around. A Prius is a second slower and people seem to do ok. Context is key. If you lined up a bunch of new cars on starting line, dropped the checkered flag and had them all race, all-out, to 60 MPH then sure, the Patriot would be one of the last to get there. But that’s not the real world. In the real world, most people don’t usually run all-out from one stoplight to the next – and if they do, there are better vehicles for that than the Patriot. A tire-fryer it’s not. But adequately powerful for normal real-world driving it is.

Same as regards cornering. If you drive it within reason – that is, not expecting it to take a corner like a Corvette – it’s fine. Nothing weird or unpredictable – or too firm or too soft. It tracks where you point it and the tires won’t screech unless you’re really pushing it, in which case that’s your fault, not the Jeep’s.

Normally, I don’t recommend CVT transmissions – especially with smaller (and not so powerful) engines. But the Patriot’s updated-for-2012 CVT is a well-sorted unit: quiet, smooth and well-matched to the engine. I can’t tell you how it performs with the standard 2.0 engine, but it performed well with the 2.4 liter engine in the Patriot I tested. For off-road use, it’s probably the better choice, too, as it will give you more fine control than the manual. 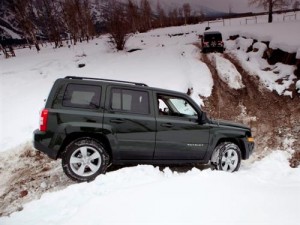 Speaking of which: I took the Patriot off-roading, using it to take me down to the fence line on the other end of our property – which involves carefully trundling across 16 acres of open, rolling fields – including several pretty deep dips and two pretty steep inclines. No problems. It tackled this terrain as well as my 4WD pick-up. I would never take someone else’s brand-new FWD or AWD light-duty crossover like a CR-V off into the fields (and woods) as I did with the Patriot. Jeep’s “trail rated” talk also walks the walk. Order the Off-Road Package for everything you’ll need to deal with almost any off-road situation: Skid plates, 17-inch all-terrain tires, tow hooks and a full-size, real-deal spare tire. That stuff plus 8.1 inches of ground clearance and the 19:1 crawl ratio in off-road 4WD Low range will get you through (and over) terrain that would break lesser machines or at least, leave them (and you) waiting for the winch.

The one functional deficit you’ll discover is the Patriot’s 2,000 lb. maximum tow rating. This is due to the lack of a V-6 engine more than anything else. Others in this general class that do offer V-6 engines (such as the Toyota RAV4) can pull up to 3,500 lbs. 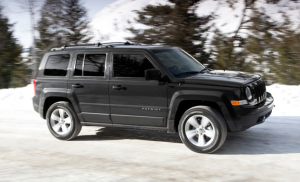 The Patriot’s squared off, traditionally boxy silhouette is a defiant snubbing of the current trend toward the ovoid. It looks like an SUV – not a “crossover.” Similarly, inside – where everything is meaty and purposeful rather than delicate and fine. For instance, you can easily manipulate the large rotary knobs for the AC and heat while wearing gloves. No small buttons to tap – much less a mouse to spill your coffee all over.

The materials – dashpad, trim panels and so on – are maybe not quite as refined as what you’d find in many other crossovers, but they are apt to be more durable. The matte grey-black plastics can be easily wiped down or scrubbed off.

The ambiance is purposeful and direct – as a Jeep ought to be. 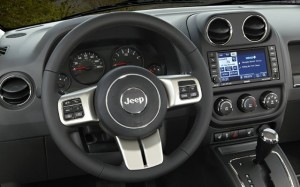 Though classified as a compact, the Patriot is functionally close to mid-sized in terms of interior space. For example, the technically “compact” Patriot has an inch more front seat headroom (41 inches) than a technically “mid-sized” crossover SUV like the Lexus RX350 (39.1 inches) and – here’s where it gets really interesting – 39.4 inches of rearseat legroom vs. 36.8 for the “mid-sized” Lexus. Total cargo capacity is 63.4 cubes for the “compact” Jeep – vs. 40 cubes for the “mid-sized” RX350.

So, don’t assume the Patriot’s too small because it’s listed as a compact.

While other “compact” crossovers in the Patriot’s price range also offer “mid-sized” (or nearly mid-sized) interior room – including the Toyota RAV4 – they don’t offer the off-road capability that the Patriot does.

Since you can’t get a Liberty with a diesel engine anymore, the Patriot may be the next best thing: A capable vehicle that doesn’t kill you with gas bills. There’s not much – if anything – else out there you can take into the woods that’s still capable of giving you almost 30 MPG on the road – and better than mid-teens around town.

Buyer’s note: The Patriot’s stablemate, the Compass, is similar – but more luxury (and on-road) minded. This is reflected in its higher-to-start $19,295 base price. Probably there’s still much overlap between these two models for Jeep’s own good, however.

This vehicle is not trying to compete with the others in its class as much as it’s trying to be something different for change.

Child-Killing Hero “Back on Duty”