Remember those ’80s-era PSAs that showed you an egg in a frying pan and the cutline, “this is your brain on drugs”? Here’s the modern version, the American mind on media: 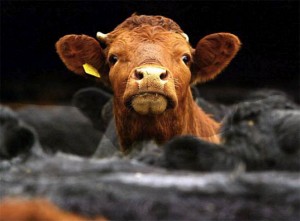 Dramatic ‘save’ on ‘American Idol’

What stars charge to show up at parties

These are the “news” headlines on the Yahoo main page from the past 48 hours or so. I copied and saved them as exemplars of the subjects deemed important and relevant by the media – and demanded (apparently) by the American public. Celebrity gawking. Worship of sports figures (and almost-Einsteinian dissection of “the game”). Titillating, distracting, irrelevant to anything real nonsense.

A nation that “tweets” is a nation of twits.

Cops Try to Dissuade Elderly Woman From Defending Herself Against Home...